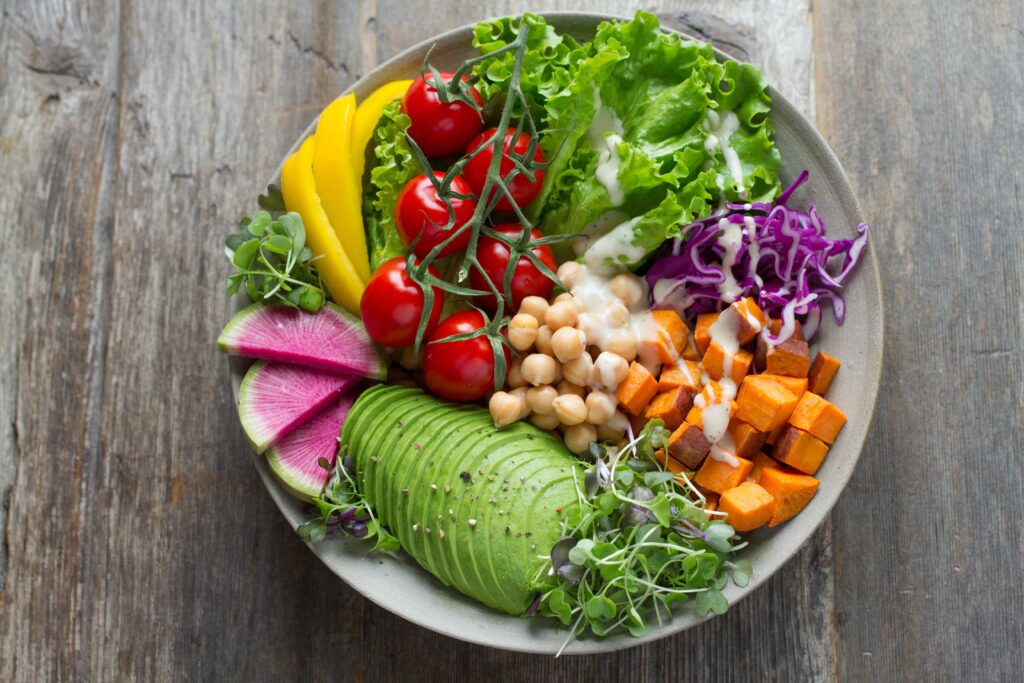 As a child, I didn’t think that much about the food my parents served for dinner beyond whether or not I thought it tasted good. Their concern was around health and nourishment. While I would have preferred pizza for dinner every night, they served chicken, beef, and turkey on a regular basis. During Lent, we had fish each Friday. I was taught that healthy meals included meat.

I started by being curious

As I neared my teen years, I began to question my diet. Why did we have some animals for pets, but others for dinner? I couldn’t discern the logic.

RELATED: What Happens When a Vegan Dates a Carnivore?

When I was 14, two pivotal things occurred that forever reshaped my relationship with what I would eat. By chance, I caught a concert on TV celebrating Earth Day and read about how meat production can be harmful to the environment. I was surprised to learn that the quarter pound burger I would order at the local fast food chain restaurant required about 460 gallons of water to produce, but an entire loaf of bread would take only 20 gallons.

While I hadn’t experienced water shortages personally, I had heard stories of my parents’ travels to developing countries, and how people in certain regions like in parts of Egypt where their close friends had grown up struggled to access potable drinking water. It tugged at my heart strings.

When I became ill with Lyme disease when I was the same age, I experienced severe joint pain that didn’t seem to respond to medication. Instinctually, I began experimenting with diet changes and started to notice connections between what I ate and how I felt. I noticed that on the days I was too sick to eat a full dinner that included meat, I would feel better. Much to my surprise, I discovered that after skipping meat for dinner one day, my pain would decrease the next day.

After going through an endless rotation of trying medications that did nothing for me, I was more than willing to do whatever I could to feel better — to feel normal, so I gradually made changes to reduce and then completely eliminate meat — and later, other animal products — from my diet.

I respected other people’s dietary choices — and they respected mine

I remained a vegetarian for several years and gradually transitioned into veganism, which meant that I didn’t consume any animal products — meat, fish, dairy, or eggs. At the time, it was somewhat challenging to find things I could eat when I was outside of my home. So, I learned to adapt, even though it took a bit of planning and effort.

If there was a family gathering for a holiday, I simply brought my own meal — it was an easy solution. I could have something that met my dietary needs and preferences, and I wasn’t asking anyone else to accommodate me. Sometimes, my dad viewed my veganism as a creative challenge, and he would prepare a special dish that I could eat. Oftentimes, I’d spy relatives peering over my dish longingly just before asking if they could have a taste of mine.

I rarely spoke about my dietary choices unless asked, though. I figured that what people choose to eat is a personal decision, and that no one wants to hear that the hamburger they love might not be the best thing for their bodies or the environment. I respect that everyone is on their own journey and my choices may be — and often are — different from what other people view as reasonable for their own lives.

No matter what I ate, my health remained my top priority

Even after my health improved, remaining vegan supported my well-being for many years — I didn’t feel physically slogged down. I felt energetic. I was able to ride my bike for many miles and attend weekly yoga classes, as long as I opted for healthy food choices in general. (There are some people who turn to “fake,” highly-processed or junk foods when they give up meat — being vegan doesn’t automatically mean being healthier if you’re not eating a balanced diet of foods in the state Mother Nature intended them.) I also prioritized organic food options whenever possible.

Being vegan was only part of my healthy lifestyle choices — it wasn’t the complete picture. And, while I had planned on remaining vegan forever, when I had a serious health crisis related to food allergies and my autonomic nervous system that caused me to drop down to below a healthy weight for my height, I discovered — much to my chagrin — that eggs were an option that allowed me to regain my wellness. I was humbly reminded that bodies and their needs are ever-changing and if you’re not able to adhere to a particular style of eating in order to be well, it is okay and necessary to do what you need.

In an ideal world, principles would be easy to follow to the letter. But in the real world, being adaptable and striving to do your best with your circumstances is also a form of dedication to a greater good. Being vegan taught me much about compassion — about the power I had to enact change through small, daily choices. Returning to vegetarianism taught me that I had to extend that same compassion to myself. Only by being the healthiest version of myself am I able to live my full potential while treading lightly on the Earth.