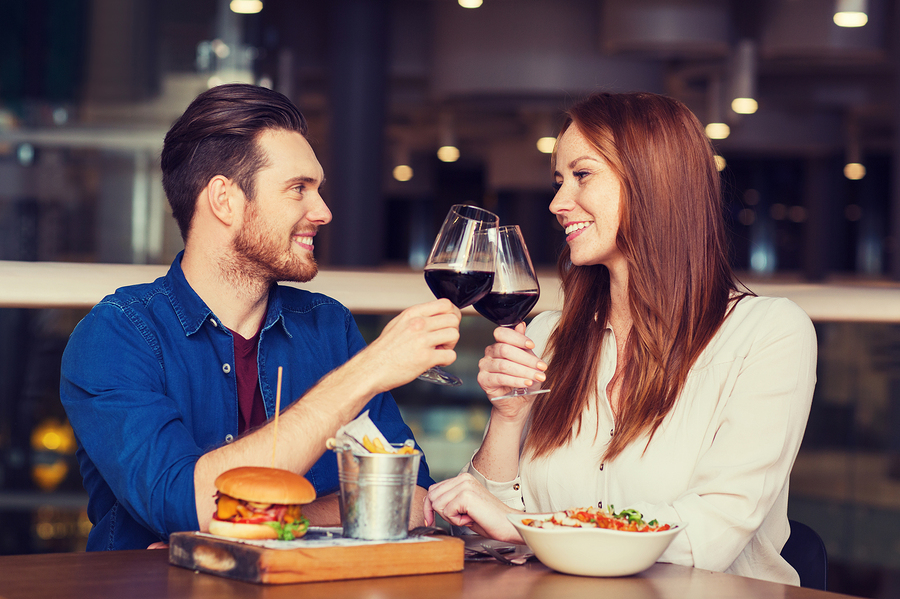 If oysters are a love potion, veggie burgers are fighting fuel.

Since going vegan about eight years ago, I’ve been around enough veggie burgers — and men — to know. I could count the number of men I dated who were also vegan on no hands. Because it’s zero.

In fact, most of them didn’t even know what a vegan could eat.

“Can you eat potatoes?” One date asked.

“Yes. Vegetables don’t come from animals. So, I can eat potatoes,” I said, stifling a smile.

Other dates were less curious and more defensive.

Then again, I was defensive, too. Actually, it was more like I was on the attack, coming out swinging with dietary health data and equipped with environmental statistics that I’d launch toward my dates’ heads.

After a lunch date where I nearly threw my french fries at someone who argued, “Animals don’t have feelings,” I decided I’d try to skirt the “vegan debate” until the second or third date. Or maybe marriage. I didn’t hide the fact that I preferred hummus over ham, but I didn’t flaunt it either. Instead, I just oozed passive aggression.

“Want a bite of my burger?” My date might ask.

“You mean, of a brutally slaughtered cow?” I’d quip. “No thanks.”

My dates’ responses? I’m unsure, because I never actually listened. I was too busy spewing my diet agenda at them like an aggressive pamphlet.

And then I met this guy.

Well, I re-met this guy. The first time we met was in a debate writing class during my sophomore year of college. We were in the same group assigned to debate various hot topics. I disagreed with nearly every point he had, and after that, I assumed a lot about a man I knew little about. I assumed he threw his fast-food trash out his car window, that he hated puppies, and that he listened to The Red Hot Chili Peppers.

Months after our class ended, I ran into him at a friend’s get-together. Conversation was cordial, and we stuck to soft topics, like how we both loved puppies and agreed The Red Hot Chili Peppers are terrible.

With my initial assessment of him destroyed, I agreed to go on on a date. We went for sushi (I ordered an avocado roll,) and he eased into dietary questions. I spoke.

It turned out that, outside of debate class, my date was quite calm and level-headed. Soon, I even felt inspired to ask my own questions about why he wasn’t vegan. I tried to copy his collected demeanor, as I knew there were no stray fries to be used as projectiles this time. By the end of the meal, I still disagreed with eating meat, but I respected his point of view.

Two years past our sushi date and a hundred veggie burgers later, the relationship came to an end, but we both took something from it. After seeing how easy it was for me to eat vegan, he went vegetarian. He claimed he felt better — lighter, even.

I took his comfy sweater and a newfound perspective.

I found that truly listening to other people’s points of view doesn’t mean you have to agree with them. In fact, it can even be a sign that you’re so comfortable in your own beliefs that you aren’t afraid to consider new perspectives, just as you might try on a bold hat to see how it looks in the mirror (even if you don’t intend to buy it).

Once I let go of my “mission” to turn dates to “the vegan side,” the passive-aggressive tension that for so long occupied my stomach was gone, and there was room for love and understanding. In my two long-term relationships that followed, this perspective only solidified as I encountered not only different diets, but also different political and religious views.

I found that it doesn’t matter if you’re a Republican dating a Democrat, a Christian dating an agnostic, a “Star Wars” fan dating a “Star Trek” fan, or a vegan dating a carnivore. All that matters is that both people enter the relationships with open hearts and open ears.