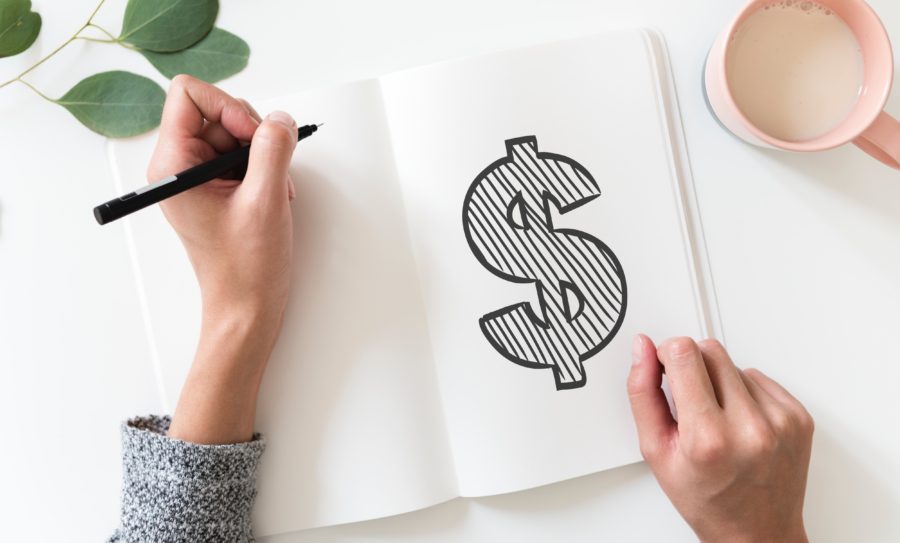 I spent my 20s trying to keep up with the Joneses. The problem was, I lived in New York City, where the Joneses were basically the Blair Waldorfs — fabulously wealthy, with their designer wardrobes, expensive handbags, and lavish parties in the Meatpacking District to match.

It was an outrageously expensive endeavor, yet I spent years accepting every invitation I received from them. I regularly met friends for brunch, dinner, or drinks. I went to countless parties lugging a $10 six-pack from the corner store. Once, when I couldn’t afford a weekend trip to the Jersey Shore with friends, my dad took pity on me and paid for me to go. All to keep the FOMO demons at bay.

As time passed and I went into business for myself, I’ve become more militant about money. I just completed Dave Ramsey’s Financial Peace University, a nine-week program that teaches you how to eliminate debt, save for emergencies, and plan for a prosperous future. Now that I’m on my way to financial freedom, I’m not going to let FOMO take control of my cash flow.

But that doesn’t mean the dinner and drinks invitations have dried up. On top of that, I’m a bridesmaid in two weddings next year, which means accepting all the costs involved: the dress, the shoes, the hair, the bridal shower gift, the bachelorette party, and more.

My heart says: do it for love and friendship! My checking account says: not gonna happen, lady. So, I’m learning the art of politely declining things I can’t afford. Here’s how I’ve managed to do it with honesty and grace.

Give your family members and friends some credit

They love you; they don’t want to bleed you dry. If they’re good people, they will respect that you’re an adult with equivalent responsibilities. And, chances are, they’ve been right where you are now: in that scary spot where saying “yes” might mean not being able to pay rent. It’s a hard knock life, and we’ve all been there.

Dial down the drama

When declining an invite, most of us, especially women, have a tendency to perform a whole Broadway-worthy song-and-dance routine. We try to bring the house down by belting a tale of woe: how terrifyingly high our car payment is, how we feel so bad, or how deeply regretful we’ll be for missing the Las Vegas bachelorette party/snowboarding weekend/32nd birthday dinner followed by an escape room.

But the reality is that nobody’s giving out Tonys for the Most Heartfelt Refusal. Trust me, there’s no need to make this a big production. Keep it simple and positive. Just say something along the lines of, “I’m so sorry to miss out on the fun, but X isn’t in my budget right now. But I’m so happy for you, and I’d love to celebrate in another way!”

Thank your friend or fam for thinking of you and for understanding that you’re not able to accept. If I can’t attend a cousin’s baby shower, for instance, I like to write her a handwritten note expressing my thanks for the invitation, regret that I can’t be there in person, and excitement for the baby’s imminent arrival. People love getting old-fashioned snail mail, and for good reason — it takes more time and effort than an email, and it’s way more personal.

If you’re invited to, say, a destination bachelorette party you can’t afford, tell the bride you’d love to do something special, just the two of you, at another time. Invite her over for a homemade brunch. Have a picnic. If you live in a city, go to a free movie in the park. Google free dance or fitness classes in your area. If you’re willing to put in a little effort, you’ll find there are many ways to connect with the people you love without liquidating your 401(k).

Let your hands, not your bank account, do the talking. Bake a pie. Knit a scarf. Put a photo of you two in a thrift-store picture frame. When I couldn’t attend a friend’s bridal shower halfway across the country, I made a video of myself singing a parody of a pop song, with lyrics expressing my love for the bride and her fiancé. Not only did she love it — but it was also super fun to do.

Still feeling dread at the thought of declining an entirely generous and well-intentioned offer? Repeat after me: not participating in something you can’t afford isn’t cheap or insensitive. It’s survival. Different stages of life mean you can afford different things. And you can still celebrate life’s big moments in a budget-friendly way — it just takes honesty and some outside-the-box thinking.