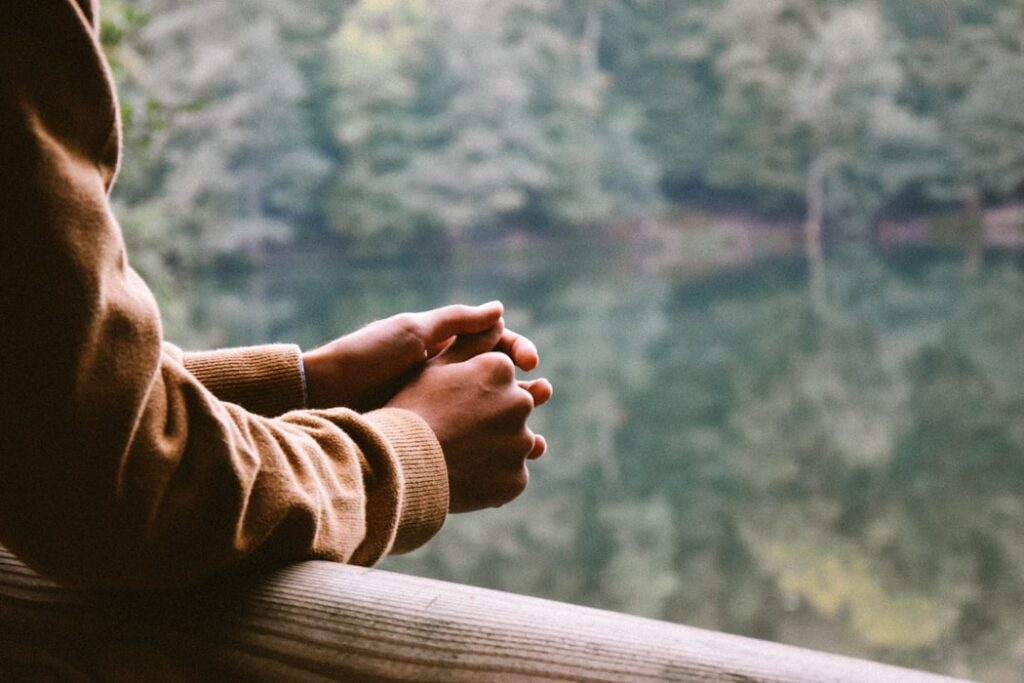 In my late 20s, as my responsibilities increased, so did my anxiety. As I faced the pressures of being an adult, everything from changing careers (from advertising to nonprofit work) to navigating my relationships (with guys who would best be described as “non-committal”), I found myself becoming increasingly stressed. Top that with dealing with loved ones being ill, and my anxiety was ready to erupt.

Anxiety showed up for me in the form of sleepless nights, daytime jitters, and an increasing sense of nervousness knowing that I had so much to manage while so much was outside my control. The career transition was hard, and I wasn’t sure if it would work out, which was terrifying, especially when I had rent to pay. Trying to navigate the dating scene while all of my friends were getting married and joking that I was next — was stressful, especially since I didn’t even want to get married yet. And watching my grandparents slowly suffer from cancer and memory loss was the perfect recipe for less-than-ideal mental health.

I wouldn’t wish anxiety upon my worst enemy — sometimes, it got so bad it was debilitating. I regularly woke up at 3 a.m., unable to fall back to sleep and worrying that I’d never sleep through the night again. Between the constant cycle of repetitive negative thoughts (like questioning every decision I’ve ever made) and the feeling of wanting to jump out of my own skin — I was ready to try anything to make it go away.

What I found to be the best, long-term cure was a mix of prayer and meditation. I turned to spiritual practices because I’d tried many other remedies that weren’t weren’t working long-term. Both of these gave me a sense of instant relief. These practices helped to calm my mind and allowed me to surrender control of my life, even for only five minutes.

I’d gone to Catholic school my whole life, so as a kid, I laid in bed at night and prayed to God, bargaining to get whatever new toy I wanted. Often it was something like: “I promise to be nice to my brother if you get me a new bike!”

Prayer was something I was taught, and I said more rosaries than I ever wanted to at the time. But now, that had shifted from an obligation to something I actually wanted to do, mostly because I needed the relief prayer offered me. Slowing down and speaking directly to a higher power has helped my anxiety immensely. For me, prayer is intensely personal, and it’s a chance for me to turn over all my worries to God. For example, I’ll often start with a specific list of what I’m grateful for and then follow-up with a request for guidance. It makes me feel better to know that there’s some force out there, ready to listen and wanting the best for me.

Meditation, on the other hand, is something I first experienced at the end of a yoga class — and I remember thinking: Wow this feels wonderful! I mostly follow guided meditations on YouTube (like this one). They help me turn off my brain and relax my body and my mind.

With both prayer and meditation, I saw my anxiety start to melt away within a matter of weeks. I slept better, and when I did occasionally wake up, I had something I could do instead of worry. I feel more confident in myself, knowing that even when times are tough and I’m feeling anxious, I have two tools that help me get through life’s rough patches.

When I consider Lent, the first question that comes to mind is “what should I give up?” Though abstaining from meat, chocolate, alcohol or one…

As a cradle Catholic, I grew up being told every year around February or March that I had to “give something up” for Lent. As…