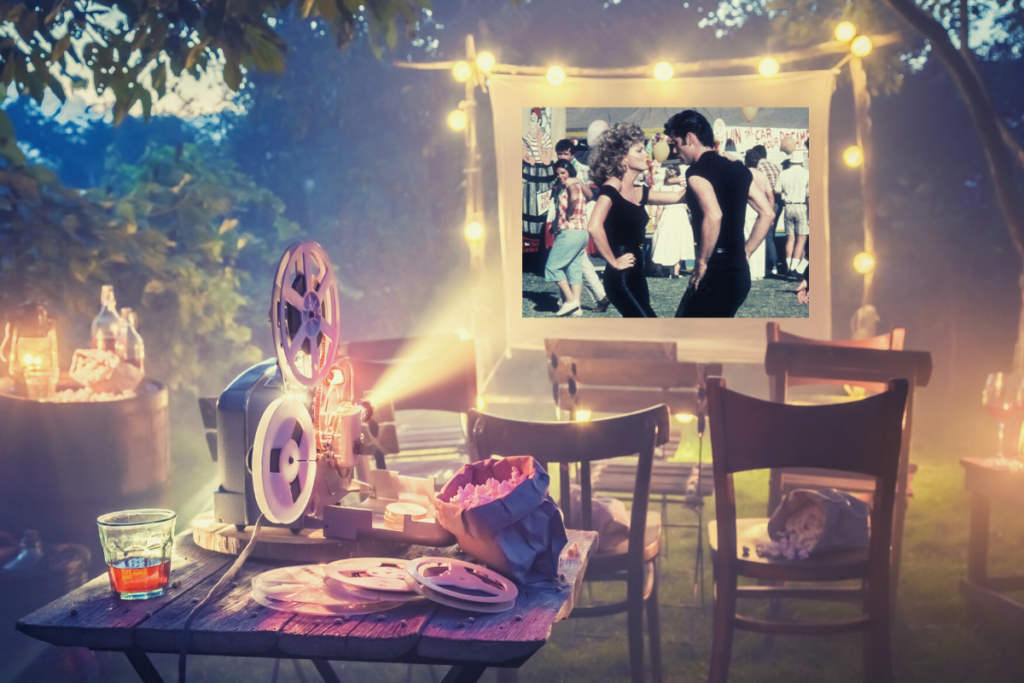 Growing up, my Friday nights were filled with movies under the stars, with each movie projected onto a sheet that was taped to the side of our friend’s house. I’d curl up in a lawn chair with a picnic blanket and watch the film unfold as the tree frogs sang. Here are some of my oldie-but-goodie favorites we used to watch over and over again:

For the sleepaway camper: “The Parent Trap”

I’m talking about the 1998 version, obviously. I’m obsessed with this movie, and not only because it taught me to pair Oreos with peanut butter and made me want to have Dennis Quaid as my dad. The movie follows a pair of twins, both played by Lindsay Lohan in her first major role, separated at birth after their parents’ divorce, who only later learn about the other’s existence while at sleepaway camp. They switch places and heartwarming chaos ensues! There’s so much to love about this film, from the ridiculous settings (a sweeping vineyard in Napa Valley and a posh home in London) to the classic camp pranks.

For the surfer dude or dudette: “Point Break”

If you didn’t catch the reference from Thor’s nickname in Marvel’s “The Avengers,” Chris Hemsworth looks like he stepped out of this 1991 movie (don’t bother with the 2015 remake). What makes this film fun to watch is how everything is over the top, which is always what I look for in a summer movie. Everything from the premise — a detective must go undercover to infiltrate a group of surfers who may be bank robbers — to the slow-mo surf montages makes me smile. But most of all, I love how Keanu Reeves hasn’t aged a day.

For the hopeful romantic: “500 Days of Summer”

This 2009 film isn’t set during the summer, but it’s about a girl named Summer. Summer, played by Zooey Deschanel, and a boy named Tom, played by Joseph Gordon-Levitt, fall in and out of love over the course of a 500-day relationship. What I love about this film is that it’s not told chronologically; in fact, we all know from the beginning that the relationship won’t last. But, between The Smiths’ songs and one of the best rom-com music sequences of all time (to Hall & Oates no less!), it’s one of my go-to movies when I’m feeling wistful and want to get lost in someone else’s love life.

For the beachgoer: “Jaws”

Da-dun. Da-dun. And the first summer blockbuster was born. I’m from Boston, so I manage to escape to Cape Cod and Martha’s Vineyard (“the Cape” and “The Vinyahd,” respectively) each summer, so 10 years later, this film still gives me chills every time I watch. Not much has changed about the island since 1975, and the Great White still reigns supreme in the chilly Atlantic waters. You’re gonna need a bigger boat if you want to watch this right before your next beach day.

For the musical lover: “Grease”

Released in 1978, this movie harkens back to a simpler time of sock hops and poodle skirts. It doesn’t matter how many times I’ve seen it, I can still jump up on the couch and do my best John Travolta impression during “Grease Lightning.” While it hasn’t aged as well as some of the other films on this list (“Change everything about yourself for a man” isn’t the best moral), I can’t argue with some of my all-time favorite summer sing-alongs.

For the activist: “Do The Right Thing”

Spike Lee’s iconic 1989 film perfectly captures what happens when racial tensions come to a breaking point. It’s loud, in your face, and unapologetic. It’s worth rewatching not just because everything about the film escalates as it goes on, including sound, color, and framing — it’s also a potent reminder of how so little has changed in America since the release of this movie, and why it’s more important than ever to speak out against injustice.