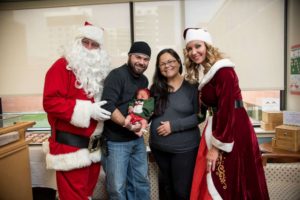 Newborn babies are ready for Christmas… and they have their very own Christmas sweaters to prove it. Nurses at The University of Pittsburgh’s Magee-Womens Hospital have been making cute baby clothes since 2015, and this year’s theme is ugly Christmas sweaters. The whole hospital staff joins in on the celebrations, some even dressing up as Santa and elves. “It’s really rewarding,” nurse Caitlin Pechin says. “Everyone is going through a really special time in their life, but to add that extra-special experience and see their babies dressed up is the most important thing we do.” It doesn’t matter how “ugly” these sweaters are, nothing can take away how cute these babies look. Read more.

After Losing School Election By One Vote, 8-Year-Old Girl Gets Surprise Letter

An 8-year-old girl won’t be giving up any time soon after losing her school’s for class president. After losing by just one vote, Martha Kennedy Morales received a letter from Hillary Clinton with encouragement to not give up. “The most important thing is that you fought for what you believed in, and that is always worth it,” the note said. “Never stop standing up for what is right and seeking opportunities to be a leader.” Read more.

Keanu Reeves Has Been Secretly Donating to Hospitals for Years

Actor Keanu Reeves is known as one of Hollywood’s “good guys,” but his kindness reached  another level when he revealed in an interview that he runs a private foundation that finances children’s hospitals and cancer research. The star stated that he prefers to keep his name out of it, opting to let the foundation work without taking credit for its achievements. Read more. 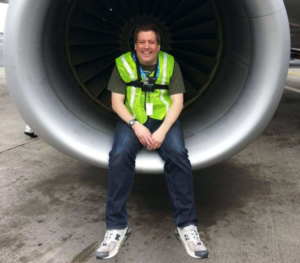 In his frequent travels to speaking gigs around the country, entrepreneur Peter Shankman racked up about 200,000 frequent flier miles. For the fifth year in a row, he decided to donate the miles to deserving folks who wouldn’t otherwise be able to go home for the holidays. This year’s recipients include a woman traveling to visit her dying grandfather, brothers who will get to spend Christmas with their mother for the first time in years, and a couple flying from California to Utah to reunite with 30 family members. Read more.

A library in East Los Angeles implemented a new late fee policy after discovering that children would avoid returning after racking up overdue costs. Now, the institution accepts an alternative source of payment – seeing children read. At a rate of $5 per hour, the library permits anyone 21 and under to pay off their debts by reading. In just one year,  the program has logged, “50,000 reading sessions and reinstated more than 13,000 previously blocked accounts.” Read more.