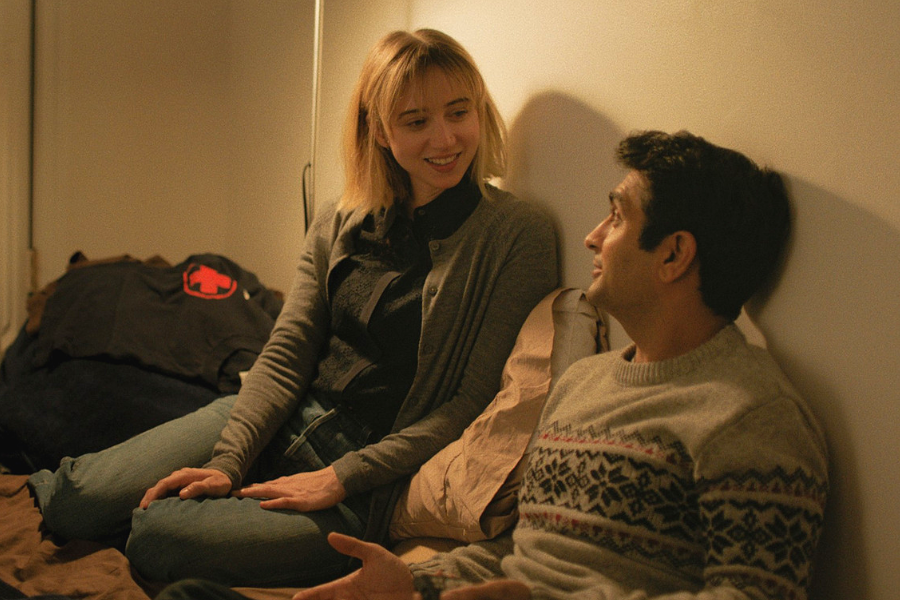 In the halcyon days of my youth, it was hard to decide which dashing cinema hero I’d rather have as my boyfriend: free-spirited, sensitive artist Jack Dawson (from “Titanic,” obviously)? Or Landon Carter, the teenage-delinquent-turned-devoted-boyfriend in “A Walk to Remember”?

The fact that neither of the heroes ends up with his lady (Jack dies; Landon’s teenage bride, Jamie, bites the dust) was irrelevant. Their sweepingly melodramatic love stories were proof that true love did exist. Thanks to “Titanic,” I learned that happiness does depend on finding a man to save you! “AWTR” taught me that you can change your beloved into the person you just know he is, deep down inside.

You see where I’m going with this. We grow up absorbing absurdly overblown and unrealistic narratives about love and relationships—thanks to saccharine pop songs (late-90s Savage Garden, anyone?!) and formulaic films with witty, well-dressed, aggravatingly adorable leads who manage to find each other, and bliss, no matter the obstacles that lay in their path (“10 Things I Hate About You,” “The Wedding Planner,” “Sweet Home Alabama”…I could go on.)

Thankfully, Hollywood’s gotten a little more inclined toward realism since I first watched Patrick serenading Kat with “Can’t Take My Eyes Off of You.” If you’re looking to tune into a romantic movie that rings a little truer for you, here’s some suggested viewing.

I know, I know, this movie’s inclusion here probably feels like a cheap shot at earning relevancy points. Readers, brook thy criticisms! The romance between rock star Jackson Maine (Bradley Cooper) and struggling singer/songwriter Ally (Lady Gaga) is more tender than most Hollywood love stories. Jackson and Ally flirt and kiss, of course—but they also support each other, with Jackson continually affirming Ally’s talent. The film is also surprisingly candid on the subjects of mental illness and substance abuse. Sure, the main characters are (eventually) both celebrities, but their traumas humanize them.

How did a comedian and his writer/producer wife manage to film a truly novel love story? By telling their own story: Kumail Nanjiani (playing himself) and Emily V. Gordon (played by Zoe Kazan) break up after Emily discovers that Kumail’s family is pressuring him to marry a Pakistani women. When Emily falls gravely ill, Kumail must decide if, should she survive, he will stay in step with tradition or defy his family’s expectations.

Anyone who’s ever been pressured by their parents to date a certain “type”—defined by religious belief, political affiliation, or ethnicity—will relate to this story. And the film doesn’t gloss over the pain of falling out with one’s family over differing worldviews. At the end of the movie, there’s a glimmer of hope, but the audience is left unsure of where Kumail’s relationship with his parents stand. That’s what makes “The Big Sick” so compelling: It treats its subject matter—interethnic relationships and the often destabilizing collision of old world and new—with respect and dignity.

Like “The Big Sick,” this movie’s plot is driven by the end (or seeming end) of a relationship. Cal (Steve Carell) has just learned that his wife Emily (another one!), played by Julianne Moore, is cheating on him and wants a divorce. Devastated, Cal turns to a pickup artist (Ryan Gosling) who helps him use women as a distraction from his grief.

While the plot may sound contrived, eventually it serves to deliver surprisingly pragmatic, tender truths about the durability of love: its ability to bend and stretch and even change shape over time, but abide nonetheless. (Here’s just a SNIPPET, so you can get a sense of the script’s emotional weight: “I have loved her through the birth of our three perfect children. I have loved her even when I’ve hated her—only married couples will understand that.”)

The most accurate film about teenage relationships I’ve ever seen, Lady Bird poignantly depicts the way girls fed the Cinderella diet often starve at the hands of boys too young to understand how to respect and care for them. The real romance in this movie is the true-blue, deep friendship between Lady Bird and her best friend, Julie. It’s a loving, unconditionally supportive, mutually generative relationship that the luckiest of women—myself included—will recognize from their own lives.