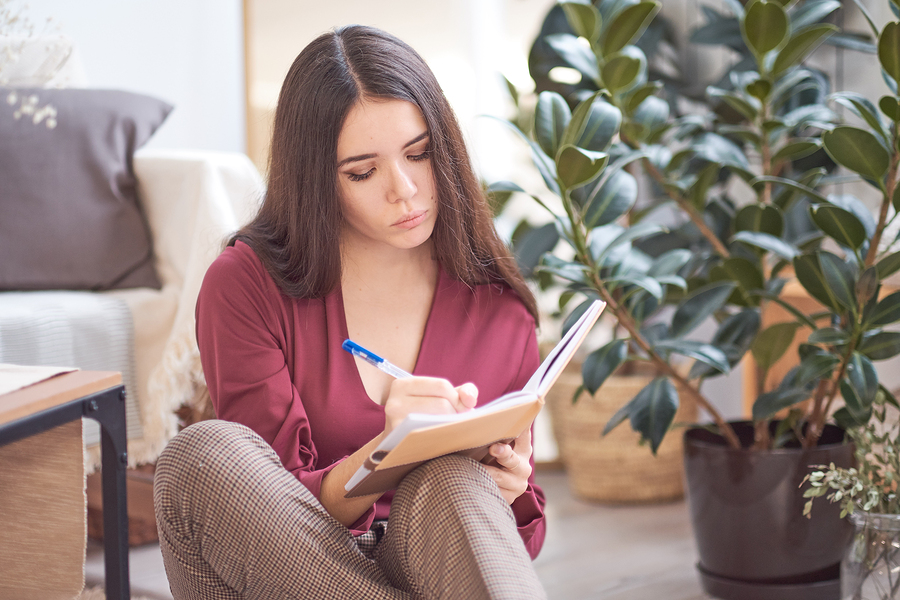 During finals week in my freshman year of college, I wasn’t hitting the books like I should have been. Instead, I found myself editing others’ essays and staying up late giving advice to friends, despite growing piles of work and exam dates looming closer each second. After what felt like the longest week of my life, I was more burned out than ever before.

At my next appointment with my therapist, I told her about my hellacious week. After listening to my experiences, she suggested that I approach life with the mindset that I’m “in control.” Much of the stress I routinely undergo, she explained, was a result of me letting my anxiety control me, instead of me controlling my anxiety. To remind me that I had the power to overcome my anxiety, she recited a quote from William Ernest Henley’s famous poem “Invictus” (now one of my favorite poems): “I am the master of my fate: I am the captain of my soul.”

RELATED: How to Talk About Your Mental Illness With a Loved One

Upon adopting this perspective of being “in control”, I found that my life began to change in significant ways — I became less stressed and was getting more work done than ever before. However, these positive changes didn’t come with simply telling myself that I was “in control” — they only happened after I took concrete actions to stop my anxious behaviors. Here are four steps I took that helped me live a happier, productive, and more fulfilling life.

After making my first to-do list upon the suggestion of my therapist, I immediately observed that my stress had decreased — suddenly, my tasks seemed much less daunting, since they had been put on paper rather than continuing to float around in my head. Now, I’m an avid user of to-do lists. Nothing compares to the satisfaction of crossing items off your list and watching it shrink.

Don’t be afraid to say “no”

As someone who strongly values relationships and fears disappointing others, I used to have a hard time telling people “no.” By constantly accommodating those around me, not only I was setting up the expectation that I was always available — I was also making myself even more anxious by devoting my time to less pressing matters.

When I realized I had the ability to say “no” and started turning people down, I found that they were surprisingly understanding. Instead of being disappointed in me, they respected my responsibilities and went elsewhere for help. I learned that helping others should not come at the expense of my mental health. It’s never selfish to prioritize yourself — the best way to help others is to help yourself first.

My anxiety oftentimes manifests itself as perfectionism — at my best, I produce beautiful, high-quality work, but at my worst, I can become obsessively detail-oriented, to the point of becoming a total control freak.

Take the student government committee that I lead: when we planned an event a few months ago, I volunteered to write the itinerary, arrange the room reservations, order the food, send out emails, and create the flyers all on my own. As a result, I felt stressed and overburdened, while my committee members felt unsure of how they could contribute to the planning process. Though it seems paradoxical, a big part of opting to be “in control” of my life was making an active decision to shed my controlling tendencies in order to better my own mental health. For the next event, I listened to my committee members’ feedback to delegate more tasks to them — they were happy to help.

Methods of blowing off steam may vary from person to person, but one thing I’m sure is universal: finding some way to release your anxious energy will help you feel way better than bottling it up. Artists might enjoy painting or photography, while those who like to exercise might go for a run or two. As a lover of words, writing is my catharsis — I channel my anxiety into poetry and prose as a way of expressing my feelings. Whenever I finish a poem or piece of writing, I feel a sense of accomplishment — and a lot less anxious.