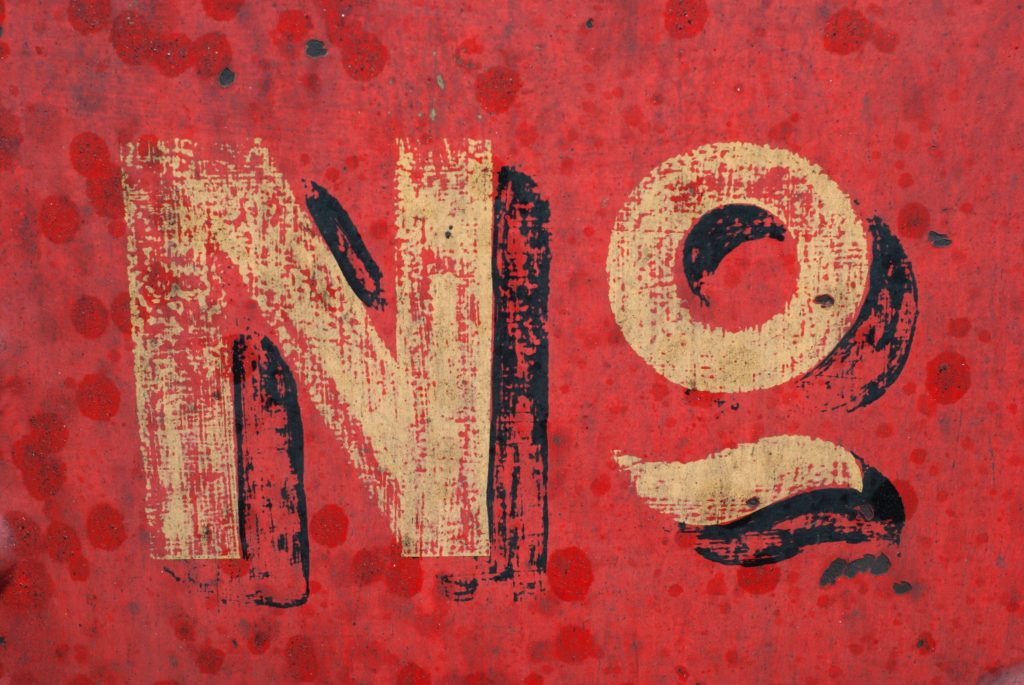 A few weeks ago, I found myself searching for the best way to back out of plans I honestly didn’t have time for. It was supposed to be a fun night out, but instead it felt like an obligation.

“I should have said no to begin with,” I told my husband while I talked through all the reasons I couldn’t make this particular night out work. I was behind on work. I had plans the next night, which would mean two nights away from home in a row. My 1-year-old still wasn’t sleeping at night, and I hoped to be in bed by the time this particular event would just be getting started.

I knew when I said yes that it wasn’t a great idea, but I said yes because I felt guilty about saying no. And because I try to be a person who does what she says she’s going to do, I knew that backing out at the last minute was only going to make me feel worse about the whole situation.

So, I went. I had a good time, but I also spent the next two days trying to catch up, both on work and on rest. Worse than all of that, I spent a lot of time frustrated with myself. Since I’ve been working hard lately to say no without guilt, this felt like two steps back. Finally, instead of dwelling on my mistake, I took a little time to remind myself what I’ve learned over a few years of trying to free myself from people pleasing. Here are the things that came to mind.

For me, saying yes to anything that comes my way is usually a pretty good sign I’m not clear on my priorities. During this particular season of life, working from home and raising small kids, I need to remind myself regularly that I am focusing on family and work. Because of this, I’m especially careful about anything I say yes to that doesn’t fit into those categories.

If, like me, you are tempted to say yes when you want to say no, it’s a good idea to spend time reflecting on your priorities and why they’re so important to you. Maybe for you, it’s less about limited time and has more to do with sticking to a budget so you can pay off your bills, or perhaps you’re protecting a certain night to spend with your significant other. Whatever it is, knowing what matters most in your life better equips you to say no — even when it’s hard — when what is being asked of you doesn’t line up with those priorities.

Unexpected requests come in all forms. Sometimes, it’s a fun invitation that simply doesn’t fit into your schedule. Sometimes, the requestor is a family member who needs a favor or a friend who wants a midnight ride home from the airport. Personally, I find it so much easier to say no to requests that take me off guard when I already have a handle on my plans for the upcoming weeks.

That way, when I want or need to say no, I’m not fumbling for an explanation. I can say confidently, “I have plans” or “I plan to be at home with my kids that evening” or “That is when I plan to go to the gym.” More important than offering a reason for declining the request, having a firm grasp on your plans allows you to reframe your feelings of guilt. Instead of focusing on what you’re saying no to, you can be clear with yourself that a no to this particular request is saying yes to your priorities.

Sometimes, the answer to a request needs to be no without explanation, and that’s OK. It’s good to remember that you own your time and you don’t need apologize for managing your time well. Still, there are times when it might be appropriate to offer an alternative instead of saying no. For instance, if your boss is asking for you to stay late, putting in extra hours at the office might be out of the question, but perhaps you could offer to log back on from home after dinner or to hop on early in the morning to complete a few tasks.

Getting into the habit of saying no with confidence may not be easy, but healthy boundaries benefit everyone. No one can do it all, but we can each do a few things well, and saying no allows us to focus our time, energy, and resources on those few things that give our life purpose.