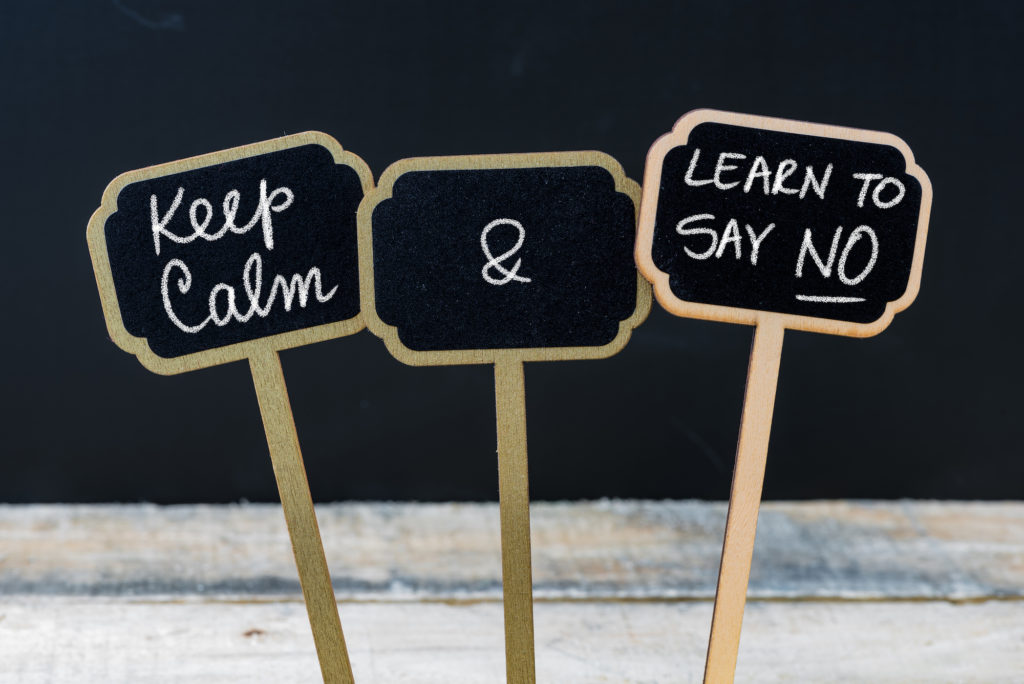 For many years, I prided myself on being the queen of “yes.” If a project needed some extra hours at night or over the weekend, I always said yes and completed the work, leaving my manager happy. If my niece needed a babysitter, I’d rearrange my schedule so I could help out. Any invite that came my way, my answer was always yes, even if it meant multiple commitments on the same night. I always had a weekend full of plans. I said yes to everything, and consequently, I was always the first to offer to pay for dinner, pick up the cab fare, and treat whomever I was with.

I thought that being a good person meant always giving to others, no matter what. I learned in school to “treat my neighbor how I want to be treated”—so I made sure to give of myself as wholeheartedly as I would want someone to give to me. Until I started to see that I had become like “The Giving Tree”—constantly pouring myself into helping others while not receiving much back. My own needs were always last on the list. I wanted people to like me. I never wanted to let anyone down. So, I wasn’t really the queen of yes. I was the queen of people pleasing.

The big eye-opener for me arrived when I had a health issue that forced me to stay in bed for a month. I was at work one day, and I had pretty severe pain. I stayed through the end of the day, not wanting to disappoint any of my colleagues. That night, I ended up in the ER with a severe infection. I was lucky I caught it when I did, and if I had waited much longer, things could have gotten a lot worse. Sitting in the hospital, I realized I had ignored my own body and pushed through the pain because I didn’t want my boss to think less of me.

I spent the next few weeks recovering and had a lot of time to think. All of a sudden, I wasn’t able to run around and do everything for everyone. I quickly saw that my phone wasn’t ringing as much. I realized that lots of my relationships were based on me pleasing others, and not always the other way around.

My boss carried on without me and so did the rest of….life. Funny enough, the world kept on spinning, even without me running all over trying to help. Taking time to rest didn’t mean everything would fall apart or that I was no longer needed. It’s okay to step out of the game for a bit, because it’ll just keep going on and on!

While I was out of commission, I saw who was truly by my side and who I had a reciprocal relationship with. I was finally in a position where I was forced to receive, instead of give all the time. I also realized that I was exhausted from catering to the needs of others. And I’d almost risked my own health by not listening to my own body. It finally dawned on me that I can’t give anything if I don’t take care of myself. So that is when I learned the life-changing magic of the word…no.

From that point forward, I started saying no to anything that I felt obligated to do or felt guilty about. With work, I created boundaries and learned when to unplug. Ultimately, this made me more productive and high-spirited. With friends, I starting saying yes to events I knew would bring me joy, like a dinner or concert with one of my best buds. I started saying no to going out just because it was a Friday night. I wanted to do things from a place of authenticity, not from a place of “pretty please like me.” At first, this transition was terrifying. I operated on saying yes for so long that the word no made me feel bad. I felt like I was letting people down. I felt guilty, and I felt like a jerk. But I reminded myself that it was time to put myself first and put an end to my people pleasing days.

At first, this process felt really uncomfortable. Since I’d been a people pleaser for most of my life, operating in a new way felt foreign and weird. But I stuck with it. The more I said no, the easier it became, and led me to say yes to something even better. More space opened up in my life for me to take care of myself and put my energy toward my own goals, instead of everyone else’s.

When I say no, I don’t apologize for it. If work needs me to stay late but I’ve already committed to spending time with my family, I’ll say: “I can finish up tomorrow, but I already have a commitment tonight.” If an invite comes my way that I know I should say no to (because I don’t really want to go), I reply with “Thank you, but I’m already busy. Hope it’s a great time and would love to get together soon.” The beautiful thing is: most people completely understand.

Once I learned how to quell my fear of letting people down and created some much-needed boundaries in my life, I realized that I had space for more meaningful “yeses.” A no is saying yes to having time to cook better meals, focus on my passion project, read good books, and give myself more downtime for rest. And now, when I do show up for others, it’s from a place of pure genuine love, instead of just trying to please them. When I come to a birthday party, it’s because I want to celebrate that person and their life. When I give a gift or put extra time in on a project, it’s because my heart is in it. I’ve learned that there’s something almost magical about the power of saying “no”—it opens up space to actually say “yes” to yourself.