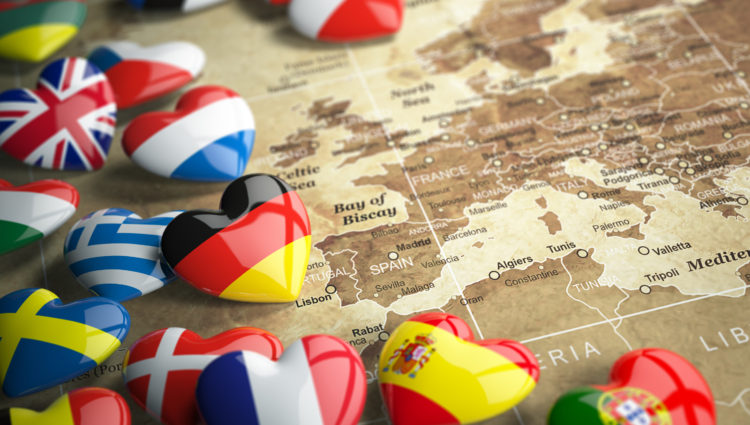 Stepping off the plane, I knew I was in a place like no other I’d ever been to before. The heat, the noise, and the new smells hit me right away as I walked through the Delhi Airport. My lifelong dream of visiting India was coming true. When a friend whose grandparents lived on the southwest coast of India invited me along with her family for a visit, I was elated. My dream trip to India had materialized, and I was in sensory overload.

Growing up in the peaceful, quiet suburbs of Chicago, I was used to a world with traffic cops and recycling programs. In India, it felt like the world I knew had been shaken up and turned upside down. It was beautiful and loud and felt totally chaotic, but in the best way possible.

RELATED: Why We Need Empathy Now More Than Ever

The streets in India were filled with garbage, cars, and people. I saw children with barely any clothes and old men and women begging for food. It was completely overwhelming and unlike the poverty I knew back home. This seemed vast and dense and out of control. With each minute, I saw more and more people I wanted to help, but the magnitude of what I saw made that impossible for me. All I could do was bear witness.

My Catholic education instilled in me the values of taking care of those in need. I knew stories of Jesus helping the leper and feeding and clothing the poor. I had been raised volunteering at soup kitchens and the nearby elderly home. I was taught that when you see someone in need, you help them. But none of that prepared me for what I would see.

During my time in India, I was fortunate enough to visit the Taj Mahal. On my way out of the grounds, I felt a scratching at my ankles. When I looked down, there was a little boy, probably around the age of 4, who was crawling on all fours due to a deformity in his spine, begging for change.

I wish I could say that I knelt down, swept this boy up in my arms, and was able to save him from a life of poverty. Instead, my instinct was pure fear. I jumped into the awaiting cab while my friend’s mother gave the boy money. I was totally freaked out. I no longer just saw starving children in other countries on TV. Now I had met one.

Even with the thousands of people I’d already seen, being in this moment made my heart burst open with compassion and empathy, and also, shame. This brief encounter had a lasting impact. I realized that by turning away in fear, I was allowing an injustice to happen. I had been taught to serve those in need, but when actually confronted with the deepest need, I got scared.

On the same trip, I visited an orphanage located on St. Thomas Mount, a famous Catholic site in Chennai, India. I met young children of all ages who were smiling and laughing and obsessed with my nail polish. The combination of meeting the boy and visiting an orphanage caused me to reflect on myself and my role in the world around me.

I realized that I needed to use my talents to help those in need. At the time, I was working at a big ad agency in Chicago. It was a high-paying job with lots of perks and free happy hours, but I felt unfulfilled realizing that I was putting my time and energy toward selling people Mac & Cheese. I spent the next year after my trip to India saving money and giving away my possessions.

I planned a four-month trip to Peru and Costa Rica where I volunteered at an orphanage, a home for teen mothers, and a youth development program. The time was both heart-wrenching and fulfilling. Working with the teen moms and the youth program gave me the opportunity to build relationships with kids who I still keep in touch with and care deeply for to this day.

Upon my return to the States, I was 28 years old and in a totally different place than most of my peers, many who were more than five years into their careers and beginning to settle down. I was living with my mom and had no job, a shrinking savings account, and a whole new perspective of the world.

I structured my life around my values and my newfound sense of purpose. I took a part-time job at a food pantry and another with a start-up nonprofit working directly with mothers in two of Chicago’s most violent neighborhoods. And I began to do freelance work to supplement my income. All because I left my comfort zone, traveled to a new place, and ultimately gained a much deeper sense of compassion than I ever had before.

Experiencing new places opens our eyes to different ways of living in this world, but most importantly opens us up to be more compassionate and understanding when we return home. And that is the best souvenir of all.