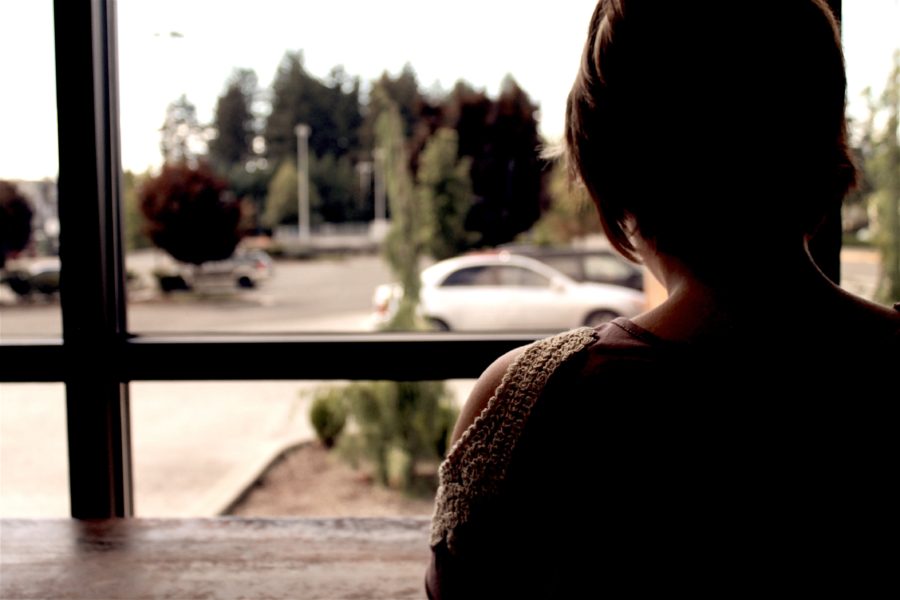 Anxiety has been an obstacle in my life since I was 16, but it wasn’t until I was 24 and had moved out and gotten married that it began to peak. The dramatic life changes sparked my anxiety, which led to my agoraphobia. Agoraphobia is a form of a panic disorder. Many people who suffer this phobia develop a fear of leaving their home or traveling certain distances. Feelings of impending doom and intense fear can bring on physical symptoms of dizziness, nausea, sweaty hands, and a racing heart beat.

One day while riding the subway home in New York City, I had a bad panic attack. Thoughts of fainting or getting sick in public with no one to help me ran through my mind. After this experience, I became afraid of riding the subway. If I could nearly faint on the train, then it could happen on the bus as well. And if it were to happen on the bus, it would eventually happen in the street. One bad thought led to another. Before I knew it, I felt fearful of any and all locations outside of my home. But life isn’t meant to be lived in fear. So, I set out to discover what the problem was and to find relief for anxiety. The steps I took to overcome my agoraphobia are ones I hope will help others who may experience this paralyzing fear as well.

I had no idea that what I was experiencing had a name. Thanks to Google, it became clear that all arrows pointed to “agoraphobia.” My symptoms were not signs that I was losing touch with reality, but signs that I needed help. After doing a little research, I decided to make an appointment with my physician and talk about my symptoms. My doctor confirmed I showed signs of agoraphobia accompanying my anxiety, referred me to a therapist who in fact verified I was not imagining things, but that I was an agoraphobic. I took solace in knowing that this was simply a phobia that was possible to overcome.

Work with your anxiety and fears, not against them

As soon as I allowed myself to accept that I was indeed experiencing agoraphobia, it became easier to take the necessary steps toward overcoming it. Life happens. Setbacks occur, but it didn’t mean I had to allow them to hold me back from finding peace. I learned that acknowledging my weaknesses made me stronger and better equipped to conquer other hardships in my life from relationships, to work, to family.

Before heading out the door and into public where my phobia awaited, I worked on my self-talk. I had to convince myself over and over again that there was nothing to fear. Riding the train or bus, venturing more than five blocks from my home, or walking through a busy mall was not going to hurt me. As I recited positive affirmations in my mind, I slowly grasped the conclusion that there was, in fact, no harm to be done. Repeating these affirmations daily has helped replace my negative thoughts with positive ones. Along with mental preparations, some people also find relief by going to therapy or taking medication.

In the beginning, I began walking one block beyond the distance of my comfort zone. Once I knew I could do that, I explored the subway station for a few minutes. The next step was to ride the train for a few stops. The hardest part came when the train became overcrowded, because crowds often heightened my anxiety. But I persevered and repeated these steps every day, and over time I began to realize there was no actual danger to fear.

You will know the time is right when you’re ready to conquer the “big ones.” To be honest, when my agoraphobia was at its height, I couldn’t imagine ever traveling certain distances without intense anxiety. The more small steps I took to recovery, the more I began to see this phobia as a temporary obstacle. Although I did have some minor setbacks in facing my fears, I was able to push through them. I learned that although I may never be anxiety-free, I can be proactive in overcoming the symptoms of agoraphobia, even if it takes a bit of time.