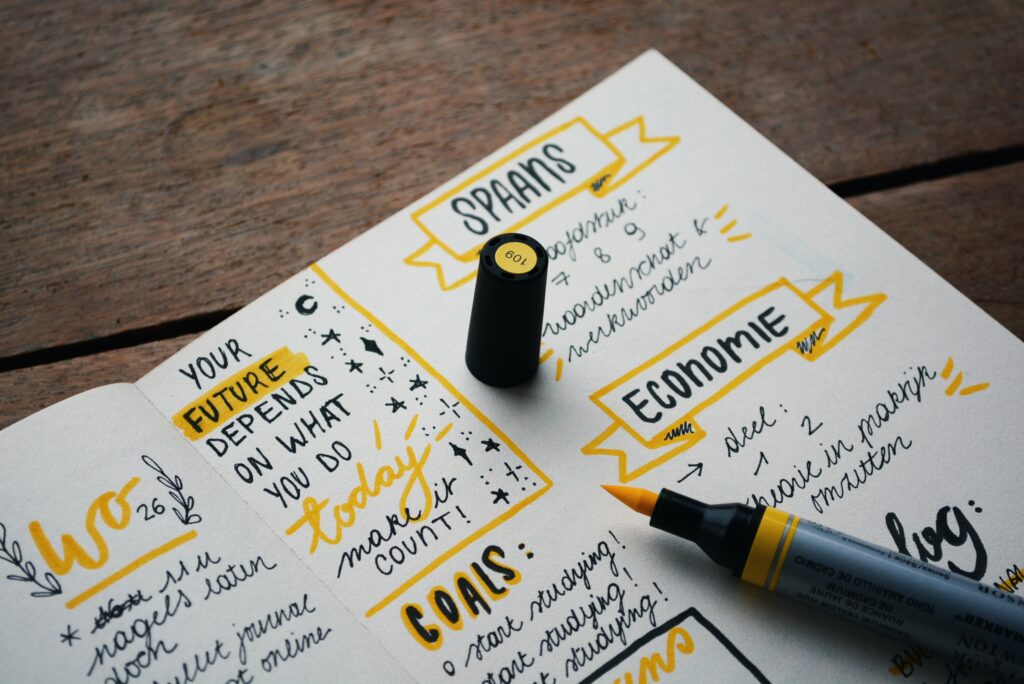 Growing up, I had a notebook addiction. I was obsessed with cracking open the spine of a new journal and dreaming over the limitless possibilities of a blank page. As I got older, this evolved into an appreciation for mornings, Mondays (shocking, I know), and — you guessed it — New Year’s resolutions. To me, January feels like that first page of a new notebook.

My love for fresh starts and resolutions has resulted in some great habits that have stuck with me through the years, like journaling and making time each week to exercise. But I’ve also had my fair share of missteps and broken resolutions.

There was that time during my senior year in college when I vowed to start speaking Italian again. I spoke Italian as a kid, and studied it all four years of high school, but had gotten rusty since my grandparents passed away. They were really the only people I ever spoke Italian with, and that personal connection to the language made me want to pick it back up even more.

Despite having no free time between a full class load, RA responsibilities, and my internship — not to mention no one to practice speaking with — I still thought this was a good resolution to mark the start of 2018.

Time went by, and I made no strides toward my goal — which, upon further reflection, was more of a wish than an actual concrete goal. I remember feeling discouraged and disappointed in myself for not even scratching the surface of my resolution. In hindsight, I’m able to see that I set myself up for failure on that one. But at the time, it felt like my own lack of motivation.

Since then, I’ve learned a thing or two about keeping myself on track with my goals, especially during that critical time between January 1 and January 17, aka “Quitters Day.” If you’ve never heard of it, Quitters Day is not a national holiday (thankfully!!) but is the day people are most likely to give up on their New Year’s resolutions. The specific date is calculated by a fitness company called Strava and varies from year to year, but is usually sometime in the second or third week of January. And according to US News & World Report, around 80% of people give up on their resolutions by mid-February. Here are my three best tips to keep the faith and get your New Year’s resolutions off to a strong start.

Make a specific, achievable goal, and tell someone about it

If I could go back in time and give my college self some advice, it would be to narrow down my resolution so it feels more achievable. “Speak Italian again” is such a broad goal that I didn’t even know where to start. I could’ve done something more digestible, like “Pick an Italian children’s book and be able to read and interpret it by the spring” or “Spend 30 minutes/week on Duolingo and change my iPhone language setting to Italian.”

Whether it be your brother, your colleagues, or your hometown group chat, share your resolution with someone! Just the simple act of voicing my goals to another person makes me feel accountable for them. The thought that they might one day check in and ask “hey, how’s that resolution going?” is enough for me to feel a healthy dose of pressure to get started.

Track your progress on a calendar

What kept me going was logging the days I ran on my calendar. On a particularly lazy week, being able to look back and see my progress made me feel motivated to get out and run. I didn’t want to ruin four or five good weeks in a row on my calendar. It sounds silly, but it totally worked for me.

If you aren’t a fan of calendars, try keeping track on your phone. The Stride App is a great user-friendly option to track habits, goals, and projects.

Post motivational notes to yourself in places you see frequently

I have a friend who makes the lock screen on her phone a photo of the workout she wants to do that week. Whenever she looks down at her phone, there’s a reminder to get moving. I’m a big fan of this type of subliminal messaging. I like writing Post-it notes and sticking them in places like my bathroom mirror, the back of my bedroom door, or near light switches, just to remind myself of my end goal.

If your resolution is to cut down on online shopping to save for a vacation, hang photos of your dream destination to remind yourself why you’re staying off Amazon. Or if you’re avoiding alcohol because of how it makes you feel, put a Post-it note on the fridge that reminds you why you’re making that choice.