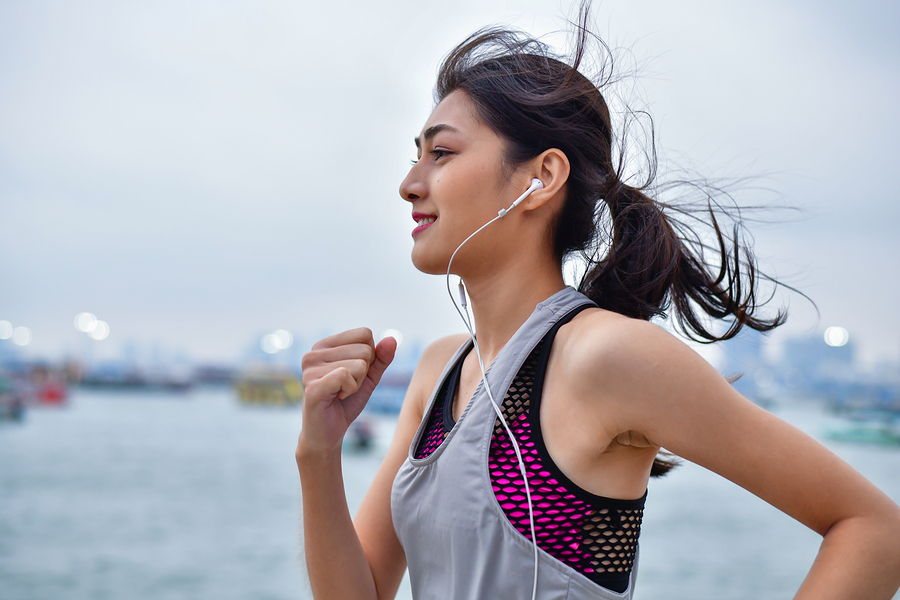 Hey, remember a few weeks ago, you did a thing? You set a New Year’s Resolution? Are we still doing that? Every year, millions of people vow to lose weight, spend less time on social media, or read more real books. But, according to US Health, 80% of New Year’s resolutions fail. Maybe you’ve been going strong this whole time. Maybe you only made it to January 2nd. Or, if you’re like me, you don’t make New Year’s resolutions at all, and prefer to set goals year-round. Whatever category you fall into, we are all trying to accomplish the same thing: Setting and achieving attainable goals.

Growing up, I don’t think I ever set a specific goal, much less rolled out a plan to attain it. If I wanted to lose weight, I started going to the gym, but had no real action plan. I took the same approach while  looking for my first job out of college. But as I got older and my responsibilities grew, I realized that in order to get anything done, I would need to set goals and map out a plan to attain them.

My biggest achievement occurred in the summer of 2013 when I decided that I wanted to lose weight and get stronger to better care for my mother, who was diagnosed with dementia earlier that year. Although I’d attempted to lose weight in the past, I was more motivated than ever before. I knew that this time, I needed to have a strategy. Here’s what I decided to do:

When I was younger, I thought to myself: “I’m going to lose weight and then I could probably model.” I don’t know that I ever really wanted to be a model, but somehow modeling seemed to be a benchmark for weight loss success. Fewer than .5 percent of people in the world are models. I needed to be realistic about the chances of pursuing modeling and about the reasons I wanted to lose weight. Modeling was fun to think about, but the desire to help my mother was what was actually driving me in that moment. There was a sense of urgency attached to losing weight to help my mom; I needed to be able to help transfer her to and from her wheelchair, or pick her up when she fell.

At the beginning of my weight loss journey, my doctor told me I had about 80 pounds to lose. If I got up every day with the number 80 looming over me, I likely would have been overwhelmed and given up altogether. Instead, I set little goals I knew would get me closer to that goal and worked hard to achieve them. For example, I made it my goal to plank for 30 seconds for three days, increasing that goal to 45 seconds or a minute for the next three days or until I felt like I was ready to step it up a notch. I also increased my water intake by adding four ounces per day until I finally started drinking 64 ounces per day. Each of these activities helped me along the way.

3. Use social media as support

In my latest efforts, I decided to let my social networks provide support. I posted pictures from the gym describing my workouts and photos of the tasty meals or smoothies I made. Every 15 pounds, I shared a milestone photo, not just to show off my progress, but to show people that I was still at it. I also included the occasional “oops” post on days when I hadn’t made the healthiest choices and asked followers for tips to get back on track. As words of encouragement showed up in my feed, I got excited about updating people on the progress I was making, sharing how I did it, and encouraging others who may be considering their own fitness endeavors. We helped each other to keep going.

My prior attempts at managing my weight occurred pre-smartphone. But now, with apps like MyFitnessPal and Record, I can track my steps, log my workouts, and count my calories, and the apps generate progress reports and projections based on the daily and overall goals I set for myself. Of course, the numbers displayed by the apps are just estimates, but numerical guidelines can be helpful, as long as you remember that not reaching an exact goal does not make you a failure. When your path takes on a different look than you anticipated, maybe it’s time to make some changes. Or maybe you’ve found a way that works better for you in practice. It is important to remain flexible and adapt when necessary.

Anytime we make a plan, there is always the possibility of a setback. Maybe you get a little carried away with the cake and ice cream on your birthday. Maybe you just found out your ex got engaged and order a giant cinnamon roll to dull the pain. No worries. Try a different approach next time. Since starting grad school last fall, I found that I wasn’t working out as frequently and gained about five pounds. This semester, I plan to do smaller workouts as study breaks every 15-30 minutes to make sure I keep my body moving, boost my metabolism and keep the blood flowing to my brain. Most problems have solutions – we just have to implement them.

My goal was to lose weight and get fit so that I could care for my mom. Three and a half years and more than 75 lost pounds later, I am the healthiest I’ve ever been in my life. I’ve gained the confidence to attain goals in my academic and professional life, but most importantly, I’ve had the energy and stamina necessary to meet my mom’s needs. Very few things feel more rewarding than overcoming obstacles to achieve a goal you set for yourself and gaining new strength along the way. So whether it’s for 2019 or for life, keep these tips in mind and before you know it, you’ll be making gains and living your best life!