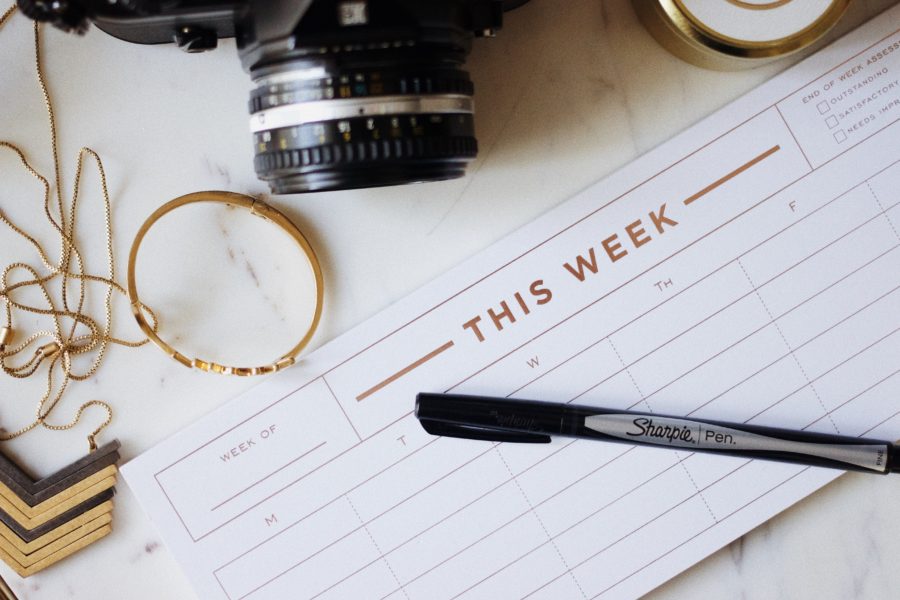 I’ve never felt drawn to traditional New Year’s resolutions. For me, the thought of creating a specific challenge that lasts 365 days felt a little too daunting and destined for failure. While everyone else is off making promises to eat healthier and visit the gym more frequently, I can usually be found nibbling on yet another cheese quesadilla, debating if I should have added more cheese. (The answer is usually yes.)

The idea of pledging an entire year to one or two goals may overwhelm me, but I am intrigued with the idea of learning or trying new things on a smaller scale. Instead of creating a big New Year’s resolution, I’ve started to create seasonal goal lists. These lists started one spring a few years ago as the last of the snow finally melted away. Sitting at my kitchen table, I drafted up a list of 16 small, perfectly attainable summer goals to complete before September rolled around.

Most of the goals on my summer list fit easily into my existing schedule. While I’d previously shied away from the broad (and vague) goal of “writing more,” I eagerly leaned into a challenge to write 250-word essays five times a week. Reading a book a week felt like too much of a commitment, but reading one book a month felt doable. I wasn’t about to traipse to the gym five days a week; however, seeing as I already spent most of my summer weekends outside, I decided I could check out a new trail or two. And, whenever I had fifteen minutes to spare, I’d steer clear of YouTube rabbit holes until after I finished writing a letter to a friend.

The best part of this list was the lack of pressure I felt to complete it. Instead of being discouraged by a large goal and whatever roadblocks accompanied it, I actually felt encouraged by how attainable the ones on my new summer list were. Not a single one of the goals on my list was out of reach—they just weren’t necessarily habits that I regularly practiced or skills I’d tried my hand at. That summer, I wrote letters to friends every week, checked out great views as I zigzagged up and down new trails, and read my way through more than one book series.

By the time September snuck up on me, the biggest goal remaining was bikepacking.

It was laziness more than anything else that had kept me from completing this goal, and I desperately wanted to check it off before September arrived. It didn’t seem like it would be overly tricky—all I’d have to do was borrow a set of panniers, put them on my bike, toss some stuff into them, and let the bike path take me south through the valley.

Complications arose the day I planned to leave. As it turns out, the panniers required some sort of mounting rack that I, of course, didn’t own. In a fit of determination, I lashed my tent to my bike frame using paracord, stuffed my sleeping bag, some tortillas, and a jar of peanut butter into my high school backpack, and awkwardly took off along the path. Loaded down with ill-placed gear and moving at a glacial pace, I finally huffed my way into a campground, rolled off my bike, and eagerly checked bikepacking off the list.

Summer ended and, with it, so did my first seasonal goal list. I didn’t complete every goal—I failed miserably at my attempt to cook a new recipe every week and, despite coming close, fell a few essays short of my five-a-week goal. Nothing on that list was monumental, but unlike previous, larger challenges of mine that often went neglected after the first roadblock, I actually accomplished a fair amount. When a challenge didn’t get completed or go as planned, I could just turned my attention to a different item on the list rather than give up entirely.

It’s been a few of years since I started creating seasonal goal lists. Sometimes the lists are comprised of entirely new goals while others (like trying out new recipes) are recycled from previous lists. Some seasons, the goals spill off the page and some seasons, I’m content with having just five or six. Occasionally, I even skip a season or two. Even though I’ve yet to accomplish a full list, I keep drawing new ones up. And maybe one day I’ll finally start cooking some new recipes and be able to cross that goal off a list.