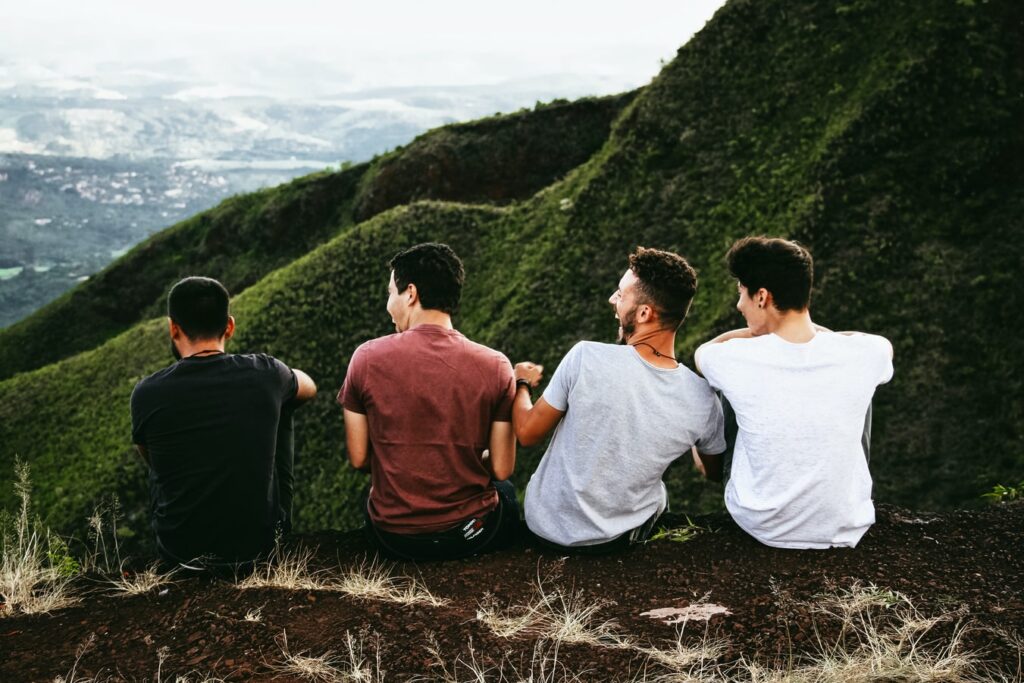 I grew up homeschooled in a military family. We moved around a lot, and without a classroom full of children my own age, I made very few friends in any of the locations. I can count on one hand the number of guests in attendance at every birthday party I ever had.

Then I went to college, got a cool roommate, joined some committees, and started seriously dating someone. Before long, I had a tight-knit friend group, while remaining close to the handful of besties who kept me from being completely friendless as a child. Then, I graduated and joined the workforce, making friends as I went.

Pretty soon, my calendar was crowded with catch-ups over coffee, phone calls, bridesmaid duties, date nights, and networking opportunities. I finally had the community I always wanted. One could even say I had too much of it. I couldn’t keep track of the commitments I already had, and yet my grandmother still whispered, “I sure would like to see you more often” as I left her house on Christmas Eve.

The invites and obligations were overwhelming and I began to feel like I was disappointing everyone. When I missed my grandfather’s funeral because I was stranded in another state unable to travel, I realized that the person I was disappointing the most was probably myself.

RELATED: Give Up on Guilt: How to Say No With Confidence

I soon found myself ignoring my ringing phone and feigning illness to get out of social obligations. I was exhausted and I blamed my friends for it. I saw my network as energy drains. I knew I needed a break, but I worried I’d lose my friends if I stayed MIA too long. Growing up as lonely as I did, I knew how that would feel, and I knew I wanted friendships. But maybe I didn’t need all of them.

So I unplugged. I spent a couple of months away from messaging apps and social media and reflected on my priorities. When I emerged from my reclusion, I began reconnecting with my people one friend at a time, and I was surprised when a sort of ranking system developed — a subconscious prioritization I realized I always had but hadn’t followed. “Ranking” may sound like a harsh word to use when talking about the people you love. We’re taught from a young age that it isn’t nice to play favorites, but really, “ranking” is just being honest about how you feel.

My most important relationships were with family. (Trust me when I say that all it takes is a missed funeral for you to realize the significance of family.) Also of top-tier importance were my best friends. These friends carry the wishes of my unwritten living will around in their heads and my long-term goals in their hearts. And I carry theirs.

My family and best friends getting priority means giving them dibs on my calendar. Often managing my time feels like a complicated dance between making commitments and leaving my schedule open for last-minute plans. But by giving my family and friends priority, I have clarity over which plans will always come first.

Then there are the circumstantial relationships. My coworkers, neighbors, and the partners of my husband’s friends — the people who are in my life regardless of how well we get along, so we might as well get along and have a good time doing it. Our time together is built into the nature of our relationship, and I’ve learned that the best way to maximize these friendships isn’t by carving out time in my schedule, but by choosing to be curious and kind.

Then there are the fun friends. The people who are great for a night out, but are not invested in my life beyond a round of cocktails. And while I always love a good time, I don’t need to constantly worry about staying in touch or becoming closer to these friends, or risk losing them. They don’t mind because that’s not what those friendships are.

And then there’s everyone else: roommates from college, the children of my parent’s friends, the stranger from the bookstore who made me laugh so we exchanged phone numbers and promised to get coffee. I realized these relationships were taking their own toll, not because I was putting effort into them, but because I wasn’t putting in any effort and felt guilty. Passing promises to “get together sometime” loomed in the back of my mind as failures.

But when I began ranking my relationships, I realized that I simply had other priorities and that’s okay. In fact, these acquaintances probably felt the same. The truth is, relationships are like plants. The ones we water are the ones that grow. I didn’t need to feel guilty for giving my energy to relationships that were more important to me.

As I began ranking my relationships, I recognized the massive relief that came from aligning my choices with my priorities. Doing this not only untangled my calendar but it also eliminated the guilt trips, as the people who expect to have me in their lives are finally getting the time and attention they deserve.

I no longer feel drained by maintaining my relationships with friends and family. Instead, I see my community for who they are: people who love me so much they want me in their lives. By taking stock of how I already prioritized my relationships, I gave myself permission to be fully present for the people I care for the most.