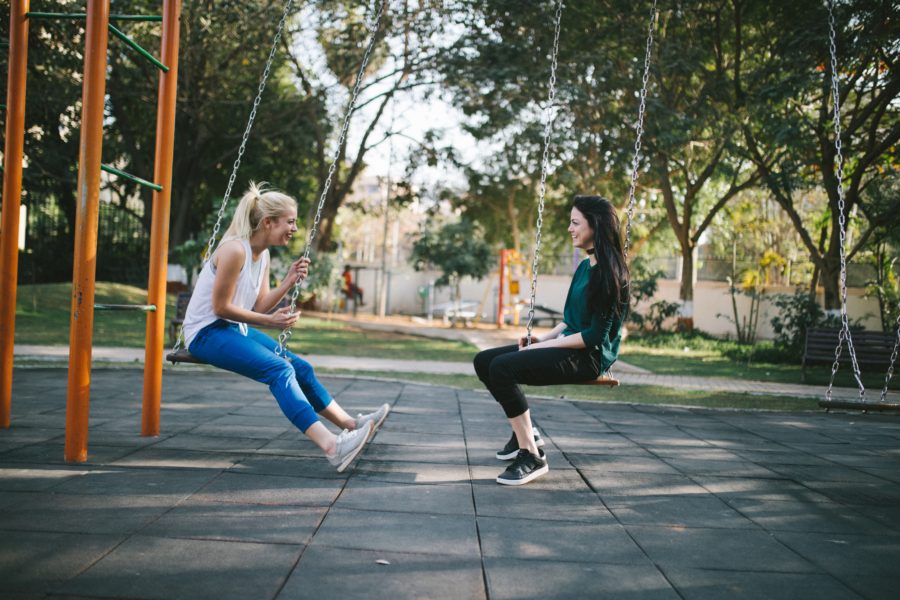 When I was a freshman in college, I lived in a co-ed dorm on an all-girls floor where I shared one bathroom with 30 other women. One of the first days of the semester, a girl named Johana walked up to me while I was washing my hands at the bathroom sink and said, “You’re in my English class, right? Wanna be friends?” We are now going on nine years of friendship.

Making friends as an introvert is seldom that easy, but combine the struggle with wanting to form meaningful connections as an adult – away from a college campus – and it’s infinitely harder. When you’re  “the quiet one” who’s not always willing to put yourself out there and approach someone with the intent of cultivating friendship out of thin air, meeting new people and making new friends can feel like a burden or at worst, impossible.

RELATED: Networking for Introverts: Tips for Tackling Your Fears

Not to mention the emotions being an introvert can sometimes evoke. Sure, we often prefer our time spent alone but that doesn’t mean we don’t feel lonely. Take it from me, the quintessential introvert who’d much rather spend her Friday night home in bed, cuddling her pomsky and binge-watching “Dexter.” Here are three important tips for making friends, even when you’re not outgoing.

How can you find people with similar interests, concerns, and values if you don’t even know your own? A strong sense of self is a great place to start, and if you’re an introvert, you’re in luck, because you probably already have one.

Being introverted often means spending a lot of time alone, getting to know yourself, so you should know – better than anyone else in your life – who you are, what you like, and what kinds of qualities you’re looking for in a friendship. Knowing yourself means you’ll know exactly what kinds of people you’re looking to surround yourself with, so dig deep, get to know yourself better, and be cognizant of the things that make you come alive.

Earlier this year, I joined an all-female co-working space called The Wing. Since I work from home, I can sometimes go days without leaving the house or finding myself in a social situation. My intention of joining a shared workspace was to surround myself with like-minded people who had similar values, ideas, and careers. Thanks to The Wing’s mission statement, which emphasizes creating space for women to advance pursuits while building community, I was sure I was signing up for my ideal setting.

My first day at the space, I met a group of female novelists. Immediately, I knew I had made the right decision. Not only have I expanded my networking contacts since joining, but I’ve also ensured that I’m in a safe environment with other women who are a lot like me. I’ve bonded with women over political views, health issues, the entertainment industry, and more. Knowing I have important things like political ideologies, work ethic, and general interests in common with these women makes it so much easier to form connections with them.

Don’t be too hard on yourself

Circling back to that girl who approached me in the bathroom freshman year, remember that friendships don’t necessarily look like that anymore. Once you get that diploma and move on from that part of your life, the friendships you made there will likely change, too.

Don’t be hard on yourself. Put yourself out there in the world and be vulnerable, but not at your own expense. Don’t cut yourself down just because you’re introverted, just because making friends is a little harder for you. It’s important to have realistic expectations about making friends as adults – so remember that while friendship may not look the same as it once did, there’s still value in trying.

When it does work out, it’s amazing. Making a meaningful connection is an indescribable feeling — one that feels like a personal victory or success, especially if you’re an introvert.