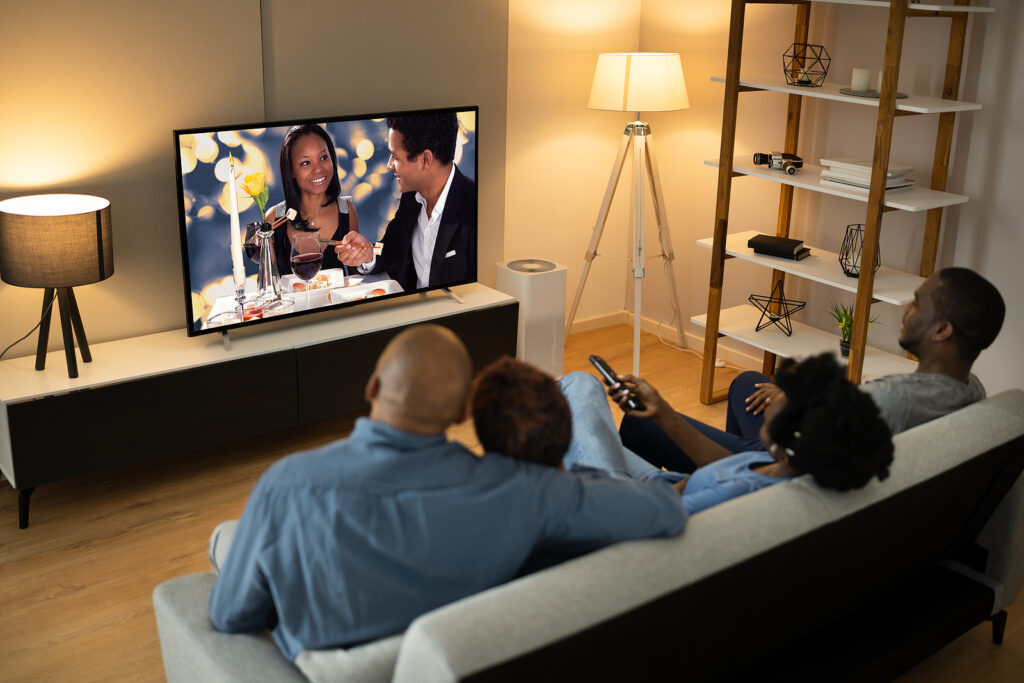 While at home with my parents during the pandemic, I have enjoyed spending time with them by catching our favorite TV shows to relax at the end of the day. Though we have different tastes, there are some shows that my mom and I mutually appreciate. From mysteries to late-night talk shows to reruns of older shows (“Seinfeld,” anyone?), there’s always something fun to watch to unwind and be entertained.

RELATED: 5 Netflix Shows to Add Meaning to Your Life

Here’s how I make watching TV with my parents an interactive and fun experience (and my two cents on shows that are worth the watch):

Growing up, I developed a strong affinity for mysteries. I secretly wanted a job — and life — like the characters on the reruns of “Charlie’s Angels” and “Remington Steele” I watched after school. The smart, strong female protagonists inspired me — no matter how challenging the mystery was to solve, by the end of the episode, the clues were deciphered, the bad guys captured and everyone went on to live their lives — until next week’s episodes, that is.

During the pandemic, my mom and I often tuned into reruns of “Murder, She Wrote” and “Castle.” “Murder, She Wrote” episodes feel like opening a time capsule — offering a glimpse back into the 1980s, complete with big hair and clothes with shoulder pads. It’s fun to see how dramatically certain elements of modern life have changed in only a few decades.

“Castle,” on the other hand, aired from 2009 until 2016 and features a mystery writer named Richard Castle (played by Nathan Fillion) who helps the NYPD solve crimes. The diverse ensemble cast tackles thought-provoking topics like racism, the treatment of women, and the role of the police in a community. Some recent viewing even inspired a vibrant conversation between my mom and me about the portrayal of women in media, especially when it comes to depictions of violence.

I once thought that watching game shows should be reserved for days when you’re home sick from school, camped out in front of the TV with a bowl of soup by your side. My childhood sick days always included Bob Barker bellowing, “Come on down! You’re the next contestant on ‘The Price is Right.’”

My interest in game shows was rekindled in January 2021, when a new game show with an interesting premise caught my eye — “The Hustler,” hosted by actor and former late night talk show host Craig Ferguson. Spotlighting Ferguson’s signature wit, the show features five contestants who must correctly answer trivia questions to stay in the game — but one of them is not who they say they are.

My parents and I have fun playing along at home and trying to guess the answers to the trivia clues and discern who is telling the truth. It’s a game where intuition and logic play a strong role. It’s funny and reasonably fast-paced and there’s nothing awkward or objectionable.

I’ve always had a passion for learning, and I appreciate when I can be entertained while discovering new things. In “Expedition Unknown” host Josh Gates brings history to life. By understanding our collective past, we gain insights into who we are and who we have the potential to become.

My parents have travelled extensively throughout their lives and have seen many of the regions that have been explored in the show — like the pyramids of Egypt. All three of us enjoy learning more about history and world cultures, so it’s a great bonding opportunity.

But, if sweeping adventure isn’t your cup of tea and you enjoy calmer, intellectual pursuits, check out “Finding Your Roots,” the PBS show hosted by Henry Louis Gates, Jr. Each episode delves into the genealogical background of a famous person. From Tina Fey’s Greek and northern European heritage to Maya Rudolph’s African-American and Jewish lineage, the show covers ancestry from a wide variety of backgrounds and often features a few surprises. Who knew that entertainer RuPaul and politician Cory Booker were related?

RELATED: 5 Things I Do To Strengthen My Relationship With My Parents as an Adult

The show reminds us that we’re all more connected — both to the actions of our ancestors and to each other — than we may realize. And since genealogy has been a hobby in my family for the past several years, the show has inspired my mom and me to delve even more deeply into our own heritage and ancestry. Watching others make discoveries inspires us to continue seeking out our own.

Lastly, there’s no better way to end your day than with laughter. My mom and I both like to watch late-night talk shows. “The Late Show with Stephen Colbert” features diverse actors, authors, athletes, politicians and musicians as guests. Colbert is not afraid to ask tough questions of his guests when appropriate, albeit in a light-hearted humorous way. We often flip back-and-forth between Colbert and “The Tonight Show starring Jimmy Fallon” and then during the next hour, between shows hosted by Seth Meyers and James Corden.

My mom and I have similar senses of humor, so we often find the same things funny. Getting to spend time together doing something light-hearted has brought us even closer — whatever the joke is, we’re in on it together.

TV shows educate, entertain and offer an escape from our daily lives. Sharing them with my mom has made the experience even more fun — we’re not just being entertained. We’re making memories.