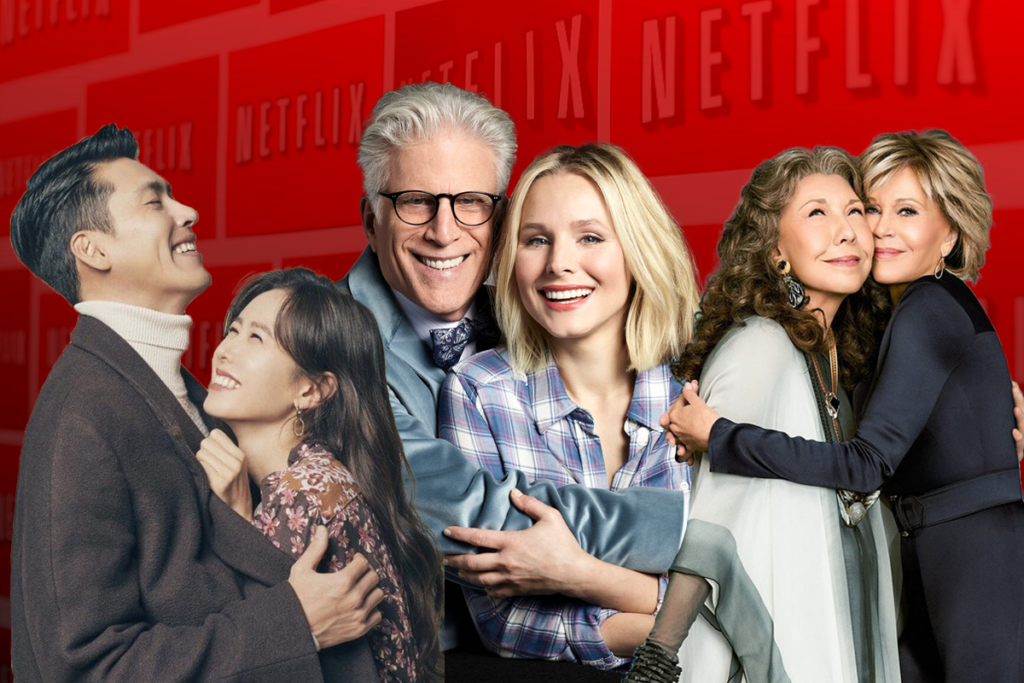 I come from a family of television lovers. I learned from my sister and oldest brother to appreciate reality TV. From dating shows like “Love is Blind” to makeover series like “Queer Eye,” reality TV brings other people’s real-life experiences right into your living room, providing access to amazing personalities and even true gems of social interaction. Reality TV is mindless and carefree, and can offer an excellent break from, well, reality.

RELATED: So You’ve Finished a Binge-Watch

My parents are obsessed with cooking shows. Their favorite sub-genre is Guy Fieri stuffing huge portions of food into his mouth while exclaiming synonyms for “awesome.” Forgetting Guy (admittedly a difficult feat), as another person who looks forward to every meal, I find viewing shows that spotlight some of the world’s finest cuisines to be super enjoyable.

While reality TV and cooking shows are great, fictional television series have my heart. Featuring bold, counter-stereotypical characters and creative, compelling plot lines, five of my favorite Netflix shows give me all the feels. Here they are ranked in order of urgency to watch.

“The Good Place” stars a motley crew of characters who find themselves in an afterlife that’s unlike anything they could have imagined. One character, Chidi, is a moral philosopher who continues to pursue his day job of teaching ethics lessons in the afterlife. As the characters learn to be better people, they overcome obstacles together amidst developing friendships and romances.

My lifelong friend suggested the show. He knew I would love it because I studied moral philosophy like Chidi. While some basic lessons from the philosophical tradition, like the trolley problem, are botched on the show, the overall ethical viewpoint of the series that develops is compelling. Intuitive and evidence-based, the show depicts how (unlimited resources plus) close bonds forged through caring acts enable meaningful, worthwhile living. I think this is a message worthy of being shared, as staying connected to loved ones and pursuing valuable goals is crucial for maintaining personal wellness. Also … Kristen Bell.

“Crash Landing on You”

Have you ever wondered about life in North Korea? A North Korean defector, Kwak Moon-Wan, sheds light on her experience in “Crash Landing on You.” The romantic fictional drama has a manufactured (amazing!) plot, but the circumstances depicted in North Korea are realistic. I forgot I was reading subtitles as I was sucked into the incredible acting and suspenseful story about a young, stuck-up, fashion company CEO from South Korea who ends up in a North Korean military zone after a freak accident. Adventure, suspense, and romance ensue.

What I found so compelling about this show was the romance. Unexpected, sweet, and devastating at times, the budding love between main characters Seri and Jeong-Hyeok kept me binge-watching. They spend a lot of time apart, but care for each other so deeply and always keep each other’s needs in mind. It is special how their bond colors their worlds, even when they are physically apart because everything around them is a reminder of the other. Their connection is very powerful, influencing them in spite of differences and distance between them.

“Soundtrack” is a creative work of art that is awesomely contained in 10 hour-long episodes with a cinematic feel. The acting, singing, and dancing are beautiful. I felt like I was watching high-production music videos woven into compelling romantic comedies and dramas. A “Romeo and Juliet”-type plot meets a “Rent”-type documentary following aspiring artists. The characters’ emotional journeys paired with outrageous talent makes them jaw-droppingly, eye-wateringly good.

As a theater nerd, I thoroughly appreciate a well-executed musical TV show. I’ve enjoyed “Glee,” “Smash,” “Crazy Ex-Girlfriend,” and even the occasional episode of “Nashville” (despite my distaste for country music). While all of these shows have strong vocals and well-executed visions, I think the acting in “Soundtrack” elevates it to the next level.

Family values, romance, drama, friendship, culture, love—these are some of the themes that stand out in this soapy series. Jane is a 20-something Latina who lives in a multi-generational home with the matriarchs of her family. While Jane is calculated and diligent, her mother is easygoing and forgetful, and her grandmother, pious and traditional. Things get crazy as they navigate the unthinkable after Jane is artificially inseminated with a stranger’s sperm by accident during a routine doctor’s exam.

Kind, smart, admirable women like Jane make excellent protagonists because they remind us of individuals who bring light and love into our own lives. In real life and fiction, strong women are inspirational. Notably, though, Jane’s romantic circumstances are incomparable: she navigates an engagement and marriage to her first love, Michael, and tumultuous romantic feelings for her dreamy childhood crush-turned baby daddy, Rafael. The wildest what-ifs captivate the mind watching this modern telenovela.

In “Grace and Frankie,” friendship takes center stage. Grace and Frankie are women in their 70s who learn that their husbands who worked together for decades have been having an affair with each other. The women previously never got along because of their opposite personalities, but with their shared, unimaginable circumstances, they develop the friendship of a lifetime.

I watched this show with my mom and by the last season, we had to cap ourselves at two episodes a night so we could look forward to it for longer. I love watching Grace and Frankie pull off ridiculous shenanigans together, like staging a sit-in to hold onto their shared home after their kids sell it off. I hope I am that bold with my besties forever. I also really appreciate how this show highlights female friendships in late adulthood. Women do not need to be in their 20s, 30s, 40s…or any age to want to have fun.

Meaningful moments in television have the power to permeate your psyche for good. With excellent acting and authentic characters who inspire you—to be a good person, to break boundaries, to stay true to yourself—television can lift you up. Being immersed in stories different from your own, featuring characters unlike your everyday company can add openness, creativity, and joy to your life.