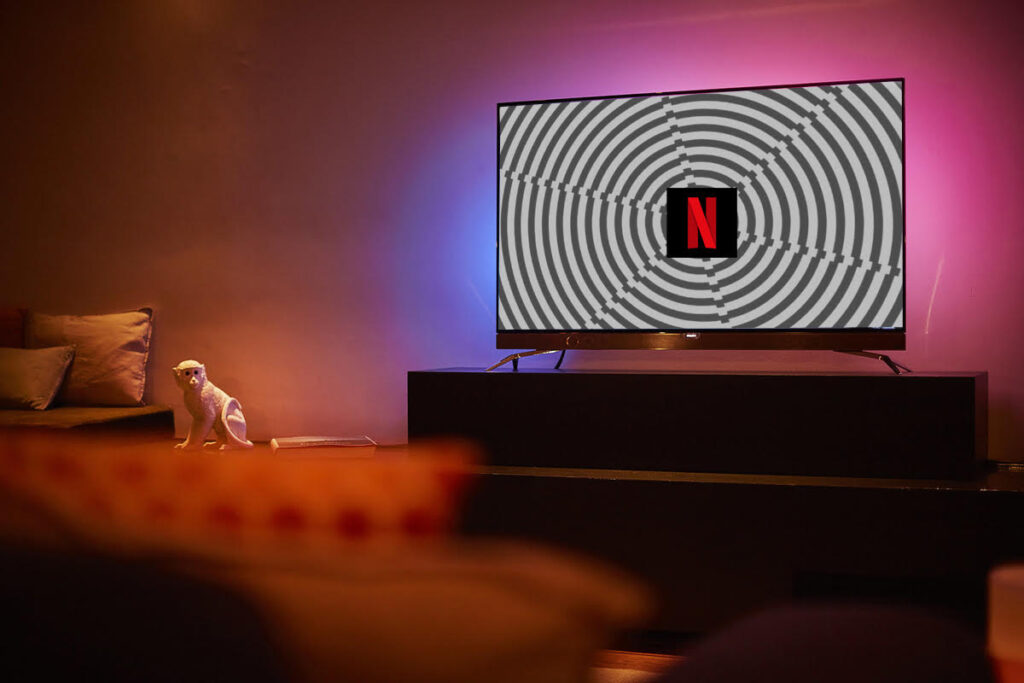 I am absolutely, 100 percent on board with binge-watching culture. Netflix has conditioned me to believe that having to wait a whole WEEK for a new episode of television is simply intolerable. When I like a show that doesn’t have its entire season dumped online in a day, I purposely wait until the season is wrapped up to watch (people who worry too much about spoilers are weak and won’t survive the winter), so I can consume every episode over a single weekend with a bottle of wine, snacks, and only brief breaks to walk my dog.

RELATED: An Introvert’s Guide to Having a Social Life in a New City

Being an expert on binge-watching TV (I’ve had a doctorate in Watching Too Much Television since I was like, 10 — just call my mom to confirm), I know of the unfortunate condition of a “Netflix hangover,” or the post-binge-watching comedown. After living in the world of a certain show for hours and hours until there’s nothing left, I find myself sad, lost, and thinking there’s nothing else in the world worth doing besides spending more time with Matt Saracen, or finding out what trouble Michelle is going to drag Erin into next. It’s hard to know the next steps after these symptoms present themselves, but I’ve been through the process enough times to know what helps.

Here are some tried-and-true methods of what to do when there’s no “next episode” button.

Watch something by the same creator

I recently watched and loved the Emmy-laden series “Fleabag,” created by Phoebe Waller-Bridge. But what initially drew me in was not the Hot Priest (he was lame, and my Twitter is @audzobrien if you want to argue), but Waller-Bridge’s other show, “Killing Eve.” After watching season one of this cat-and-mouse spy thriller, I was at a loss for what should come next that could possibly be as engaging and entertaining. Then a friend clued me in to the fact that “Fleabag” and “Killing Eve” shared the same creator, and soon thereafter I was logging into my parents’ Amazon Prime account to watch. While the two shows are quite different (there’s a lot more murder and at least one more psychopath in “Killing Eve”), “Fleabag” features similar wit with emotional highs and lows that satisfied my craving.

Watch something in a different genre

Fresh out of a TV series marathon, it can be tempting to find a similar show to fill the empty hole in your heart. In my experience, this will only lead you to heartbreak and the discovery that no other drama about sports will ever be as good as “Friday Night Lights.” So, I watch something totally different instead. If I just finished a heavy-hitting drama, I’ll put on a sitcom everyone’s been telling me I need to start. This way, I won’t find myself comparing every storyline and character to the last thing I watched and feeling like nothing measures up — and I can just enjoy the new show for what it is.

Make your friends watch it

If you’re stubborn and refuse to leave the world of “Stranger Things,” “Succession,” or “Another Popular TV Show This Author Has Not Watched,” relive the magic by forcing your loved ones to watch it with you.

Back when hit Norwegian teen web series “SKAM” was still airing, I binged the three series that were available at the time in, conservatively, a day and a half (yes, I still watch some teen dramas, and no, I didn’t ask for your opinion about it). So, when I discovered I would have to wait months for the next season, I invited friends over who were new to the show to watch it with me. I was excited to see who their favorite characters were, and to find out if they cried at the same scenes as I did, and to berate them if they had Wrong Opinions on things. I got to rewatch the series through their eyes and continue to talk about it. Win-win.

Go do something else

To quote literally every internet troll, “go outside!” This might seem like an obvious choice, but as an extreme introvert, leaving my apartment is not my preferred solution to anything. However, hair of the dog is not always the proper cure to a Netflix hangover. Go shopping, hang out at a friend’s place, go out to dinner, and remember that occasionally, life outside your laptop screen is fun too.