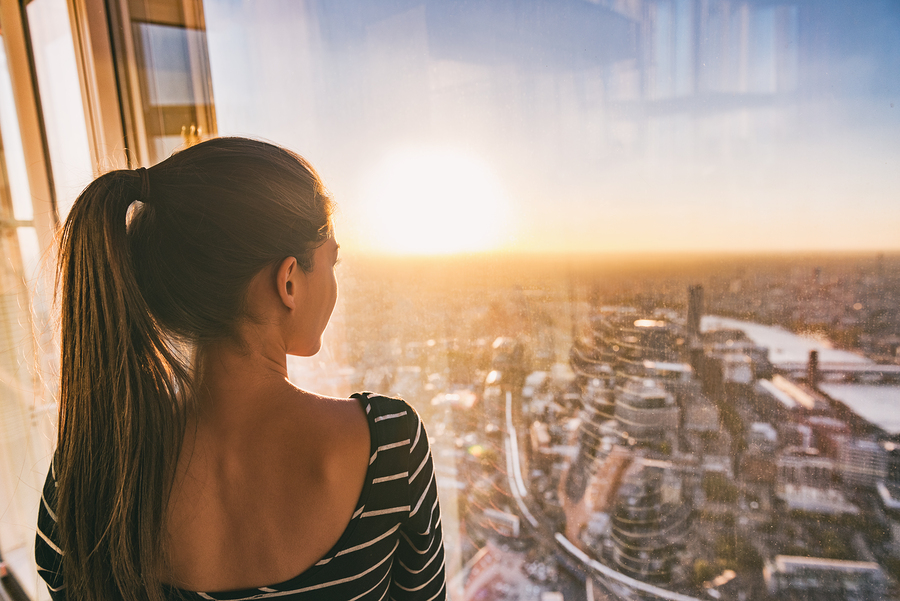 A few years ago, I accepted an internship opportunity and moved to New York City from Boston. I felt comfortable moving somewhere totally new because one of my best friends had been living there for years. I already had someone to hang with and to explain to me how not to be a tourist. Great!

Except a short while after I made the big move, my friend informed me she would be abandoning me (or “found a more fulfilling job in Boston,” whatever). Not so great!

I felt like my world was collapsing a bit. I’m a textbook introvert whose ideal hangout session is watching Netflix in pajamas while ordering takeout, and I’m especially grateful when the friend(s) leave at an appropriate hour because too much social interaction tires me out. I hadn’t made a single new friend since I’d moved to the city, what with my mild disdain for small talk, parties, and most social interaction, and now, my one friend was leaving. I was at a loss at how to remedy my social situation. But, I knew I at least had to try, as I feared I was speeding towards friendless loser territory.

Here are a few tips for expanding your social circle, even as a hardcore introvert.

Don’t pass up an opportunity someone hands to you

As someone who only likes to have two to three social outings a week and enjoys spending one-on-one time with my dog, I am easily tempted to turn down invites. But in reality, saying yes to someone’s offer to hang out, despite how antisocial or overwhelmed I may be feeling, has been key to making new friends.

So if someone you’re not that close to sends you a Facebook invite you to a big event, go, even though you’re nervous you’ll have to follow the one person you know around the whole time. If coworkers invite you out to drinks after work, go, even if you feel a little tired. It might not be the start of a beautiful friendship (one after-work happy hour found me a new best friend, but another found me blocking a guy who spent an hour trying to tell me that “female privilege” exists), but it’s definitely less nerve-wracking than offering your own invite, or putting the time and energy into finding a Meetup that fits your needs.

Do reach out to old connections

This may sound exceedingly obvious, but I know from personal experience that it’s harder than it sounds. For an introvert, moving to a new city (with new roommates and a new job) can be exhausting enough without the added pressure of spending time with someone you haven’t spoken to in a while. (I’m thinking of one specific college friend who I put off telling I’d moved because of the inevitable making of plans. I told myself “next weekend” until it was two years later, and then I followed her on my dog’s Instagram account hoping she would realize it was me and initiate contact. Shocker, she has not).

When I reached out to some old friends about a year after I moved, I was slightly worried I’d be berated for not contacting them sooner. Instead, we met up for dinner, had a great time, and I remembered why it was worth leaving my bed and dog behind to go hang out with them. Don’t let time passed or fear of an awkward conversation stop you from reaching out at all. (Yes, I know this logic also applies to the aforementioned friend as well. Do as I say, not as I do).

Don’t freak out if it takes some time

A few months into my move, a friend from college visited and asked “so who do you hang out with?” I mentioned my close friend in New York. But then she hit me with a follow-up question that felt more like a sick burn: “Yeah, but do you hang out with literally anyone else?”

The answer was no, and I felt self-conscious about it. It seemed so embarrassing that I had moved to this densely populated city and hadn’t managed to find any new friends. And it wasn’t for lack of trying. (Well, I had given it the old introvert’s try, aka texting some coworkers I like and being confused as to how that didn’t magically transform into a lifelong friendship.) After my friend questioned my (lack of a) social circle, I was convinced I would never make new friends in my new home. Thankfully, I was wrong.

I wouldn’t call myself the most popular person in New York (I have a theory that that person is actually my coworker, Jen). But I definitely have some solid friends I can call on to celebrate my birthday, see a show I’ve been dying to go to, or just chill on a Saturday. It didn’t happen overnight (or over the course of the first three months of my move), because most friendships don’t. Plus, I’ve read enough personal essays on Medium to know that everyone feels like they’re lacking friends at one point or another. Don’t feel bad or get discouraged if it feels like it’s taking forever to meet new people you like. Usually, it’s worth the wait.