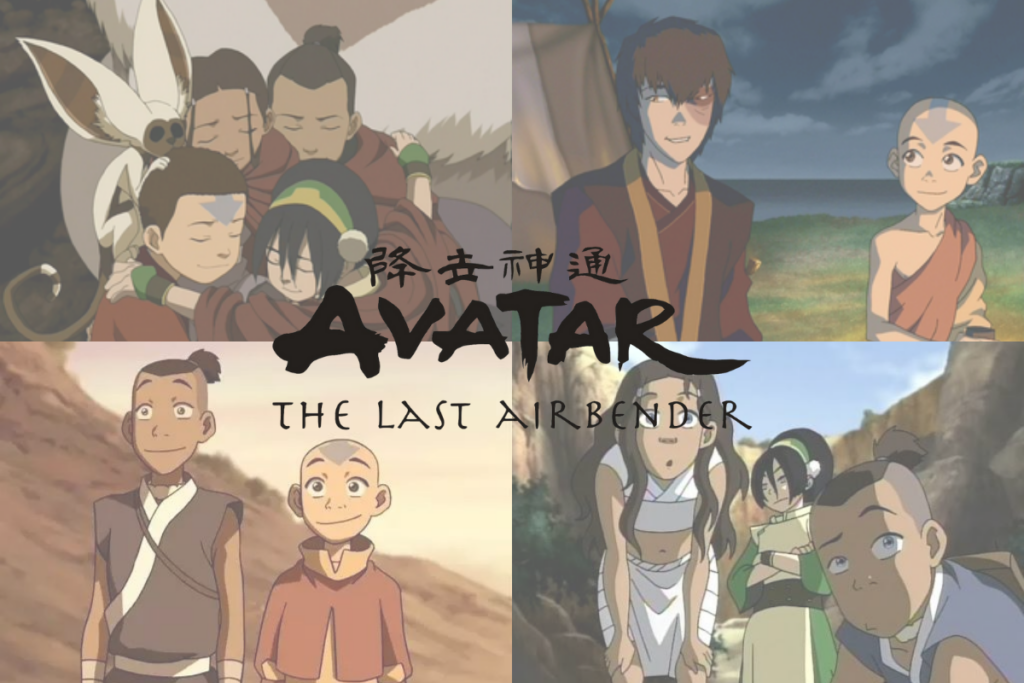 It’s fair to say that 2020 could be described as akin to a multi-level dumpster fire. But, there have been a few shimmering moments of pop culture bliss for me: the fever dream that took the world by storm called “Tiger King,” the strong chaotic neutral vibes of TLC’s “90 Day Fiancé: Before the 90 Days” and, most importantly, the return of “Avatar: The Last Airbender” to Netflix in North America.

Some of you may have never heard of this national treasure, and it’s okay. I’m here now and we can vibrate with unbridled excitement together as you start this transformative adventure.

“Avatar” is an animated show about Aang, a 12-year-old boy with special elemental abilities, who accidentally trapped himself in an iceberg and was revived a 100 years later. During that time, a war broke out that murdered the Air Nomads (his nation) and now threatens to do the same with the rest of the world. Only he has the ability to end the war and bring peace to the world, but he quickly realizes that he can’t do it alone.

I first started watching “Avatar” when it originally aired back in 2005 during my early middle school years. Each week, my younger brother and I would huddle in the family room and eagerly await the newest episode, and then hash out theories with our friends at recess. My enthusiasm for the show has not quieted all these years later. Here are a few reasons why you should open Netflix, grab a bag of something salty, and binge-watch this gift to a generation.

Growing up as a Black girl in a predominantly non-Black school system was challenging, to put it mildly. None of my classmates, teachers, or even favorite fictional characters ever vaguely resembled me, until Katara. Yes, she has straight hair and blue eyes, but she’s a dark-skinned leading lady who wasn’t the one dimensional “quirky best friend!” The entire cast of this show features people of color within the Asian diaspora, as well as darker-skinned characters who are featured consistently throughout the series. In addition to racial diversity, the show is also inclusive of people with disabilities. Toph Beifong, an essential character who has been blind since birth, is arguably the most powerful bender in the entire series.

This show deals with serious topics in a nuanced ways

Through the eyes of a young protagonist, “Avatar” talks about displaced children refugees and child soldiers, what military occupation and colonization looks like, starvation and hopelessness, and so much more. When I first watched this show as a child, I wasn’t able to grasp the heavy concepts within the storyline. All I saw was a group of kids working to get a job done and have some fun along the way. Now as an adult, I see the recklessness of the main characters’ rather impulsive actions (aka kids being kids) and the systemic problems they were forced to navigate.

You’re not ready for the martial arts

Each one of the four nations in this series (Fire, Air, Water, and Earth) has its own style of elemental bending that corresponds with a specific type of martial arts. Firebending is based in Northern Shaolin style, airbending is based on Ba Gua Zhang, waterbending is based on Tai Chi and earthbending is based on Hung Gar (though Toph’s blindness helped her create a completely individual style based off of Southern Praying Mantis). The respect and appreciation (not appropriation) of other cultures makes the style of the master benders so powerful and distinctive.

I figured after watching “Spirited Away” and “Princess Mononoke” that no one could rally the weeb troops towards environmental conversation like Hayao Miyazaki, but then the show introduced the Spirit World. The Spirit World is the realm where the spirits that govern the everyday lives and supernatural events of the living world reside. Whatever happens in one world affects the other. For example, “Avatar” gives a face and a name to a forest spirit that is directly affected by deforestation and the environmental tolls of war.

After I first finished the series, I looked at a flower in my grandma’s garden and was like “… yo.” As mystical as the Spirit World sounds, in our reality the same truth applies: The human world and the natural world are one in the same so what happens in one affects the other.

It reminds us that change is possible

Between COVID, the murder hornets, and police brutality, I think it’s fair to say that things are a little scary right now. The most important thing that “Avatar” gives us is hope. Hope that, with a lot of hard work, sacrifice and love, the world as we know it can change for the better. A hundred years of war is a long time. Death and destruction was a new global normal and, even so, a handful of kids had the chance to make a permanent difference and changed the world. It wasn’t easy, and it didn’t happen overnight, but that change did come and generational redemption came with it.