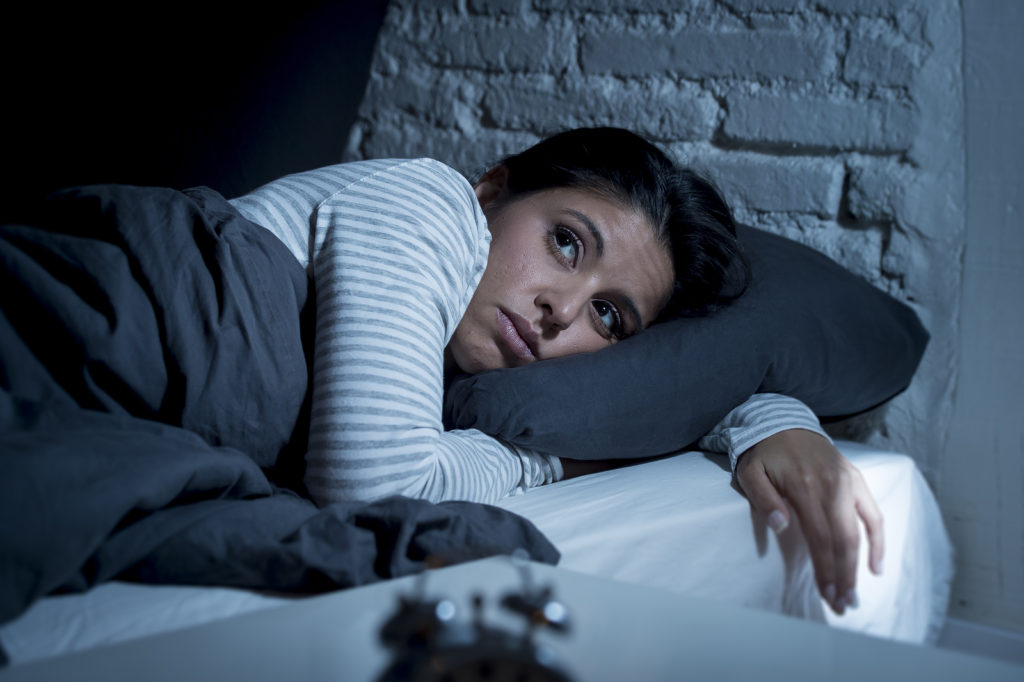 Sleep has always been a sensitive subject for me. Starting in grade school, I experienced mild insomnia once or twice a week. As I grew older, I occasionally struggled to fall asleep before midnight morphed into staring at the clock until two or three in the morning. Since my insomnia has always been unpredictable, I never opted to take sleeping medication. Meditation and counseling taught me a lot about addressing the things that were keeping me awake at night, and I got really good at learning to power through the day even when I was exhausted.

Roughly 10 percent of American adults have true chronic insomnia, and as much as 35 percent deal with short experiences of sleeplessness like mine. Maybe you find yourself in one of those groups, or maybe sleep comes easily to you, but you’ve been burning the midnight oil to keep up with the demands of work, school, or your social life.

After a sleepless night, it’s easy to write off the day as a total loss but most of us don’t have the luxury of staying in bed to catch up on z’s. Here are five ways to have a productive day even when you’re behind on sleep.

A sleepless night can leave you feeling lethargic, irritable, and may make it difficult to focus. Exposure to sunlight is known to boost a hormone called serotonin, which improves mood and increases mental clarity. Step outside for a few minutes several times a day and soak up some rays. This is especially important if you spend a lot of time working in an office during the day.

Keeping your energy level high is directly related to how you eat throughout the day. You can’t fix a sleepless night, but you sure can make getting through the day a little easier by eating balanced meals. Avoid refined carbohydrates and sugary foods. Even though you might experience a quick energy boost, your energy won’t last long. Instead focus on eating protein, vegetables, healthy oils, and unrefined carbohydrates throughout the day. These foods fuel up your energy reserves all day instead of giving you a short fix. Personally, I like to start my day with eggs and roasted sweet potatoes and eat a light lunch, like a salad. If I need a snack in between, I eat yogurt or a handful of nuts.

I get it, it’s hard to get moving when you haven’t had a lot of sleep, but exercise plays an important role in helping you feel energetic and focused. Instead of hitting snooze, get at least  10 minutes of exercise that is intense enough to increase your heartrate. Instead of depleting your energy, exercise will actually leave you feeling refreshed and reenergized so you can tackle whatever lies ahead.

One or two cups of coffee is a great way to perk up after a sleepless night, but that doesn’t mean drinking a lot of coffee is a good idea. Too much caffeine might make you feel anxious or make it hard to focus on the things you need to accomplish. Of course, drinking coffee to make up for a bad night of sleep might also only make things worse by keeping you from falling asleep on time the following night.

Stick to your routine

We’ve all done it. After interrupted sleep, it is so tempting to hit the snooze button until the 11th hour before rushing off to work or school. Although getting more sleep may seem like the common sense choice, the truth is it’s better to stick to your routine. When you keep hitting snooze, all you get is a few minutes of poor quality sleep, which might make you feel more tired in the long run. That because you are starting a new sleep cycle and then interrupting it, causing sleep inertia, a state of being groggy when woken from a deep sleep. Instead, start your morning as you normally do–getting up when your alarm goes off, eating a healthy breakfast, getting a few minutes of exercise, and praying or meditating before you face the day. These habits do more to replenish your energy and boost your mood than a few extra minutes of shut eye.