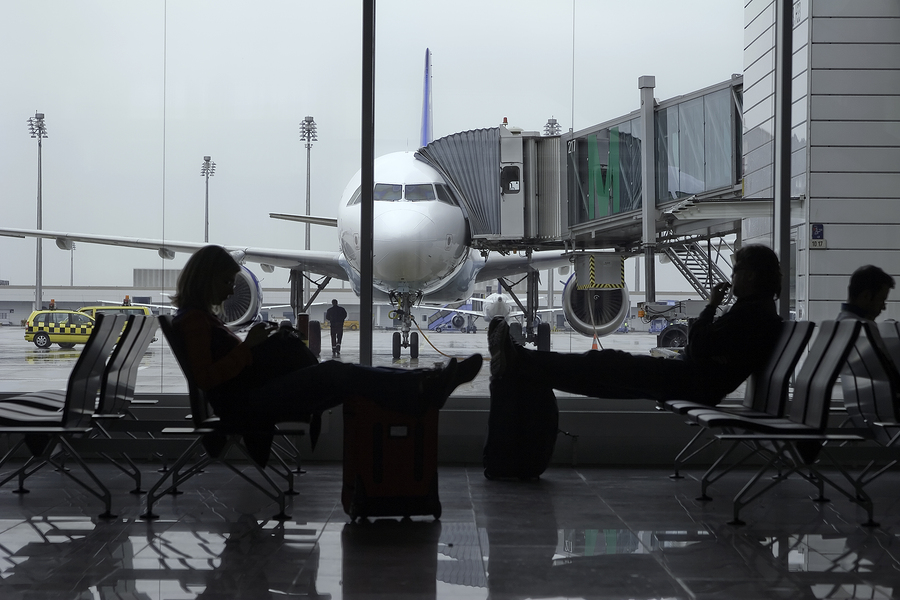 My husband and I had already been traveling for 12 hours on our way home from London when the last leg of our trip—a flight from Chicago to Phoenix—was delayed for three hours. Operating on the sleep-depriving effects of jet lag and the mind-numbing tedium of lengthy air travel, I plopped down on a bench at the gate intending to spend the extra hours zoning out with headphones on. But no sooner had I seated myself than the woman next to me struck up a conversation.

“Are you on the flight to Phoenix?” she asked. “Looks like we won’t be getting home for awhile.” My husband, seeing the looming threat of conversation with a stranger, popped earbuds in his ears and slipped away into a book. I shot him a dirty look. Was he really going to leave me to make small talk alone with this intruding Chatty Cathy? I’m the type of person who doesn’t even like to pick up the phone when a good friend calls—so airport chit chat hovers near root canal on my list of enjoyable activities. Still, people pleaser that I am, I engaged the woman in a polite Q & A about the part of Phoenix she lives in and what had brought her to Chicago.

Before long, I found myself surprisingly drawn into our conversation. Though I hadn’t intended on anything beyond a brief volley of where-are-you-from-and-what-do-you-do niceties, my desire to exit the encounter soon fell away.

As it turned out, this woman and I had a lot in common. She’s a nurse and I’m a nutritionist, so we both had experience working in hospitals. Though I’ve lived in Phoenix nearly my whole life, I was born in Illinois and went to college in Chicago. She, a recent transplant to Phoenix from the Windy City, had similar connections to both places. We chatted about her grown children and my young ones. We discovered we share the same faith. And she explained her interest in something called horticulture therapy, a fascinating treatment she uses to help rehabilitate prisoners in her free time. Soon, an entire hour had gone by.

It dawned on me that, in the last 10 days of travel, though I had very much enjoyed my husband’s company, I hadn’t had a single real conversation with a fellow female. (Ordering at restaurants and listening to tour guides don’t count.) I hadn’t realized how much I had missed this backbone of my social life, having only been away from it for just over a week. I began to wonder if I take for granted how much my female friends ground me. Talking with like-minded women offers me support and encouragement that, as wives, moms, daughters, and friends, we’re all in this together.

It’s not, of course, just my female friends who provide these kinds of benefits—it’s the sum total of my whole community network. But as a card-carrying introvert, I tend to forget how much social ties in general add to my life. Even for those of us who don’t usually glean energy from others, quality time with friends has been proven to boost mental and physical health. Though it wasn’t on my mind at the time, I see now that something in me was craving that connection. And, sitting there by herself in the airport, maybe something in my conversation partner was, too.

Despite my initial dread of speaking to my seat mate, I’m so thankful for the hour that proved my stranger danger radar wrong. Though we parted ways without even exchanging names, I’m still mulling over the lessons our conversation brought. With her passions and experience, the nurse-slash-horticultural-therapist was a truly compelling person. My time with her in the airport got me thinking that maybe I shouldn’t be so quick to brush off the Chatty Cathys of this world. It’s entirely possible I could learn something new from them, or at least find some small patch of shared interest or background. In these polarized, divided times, we would all do well to find more common ground with others–even strangers in the airport.