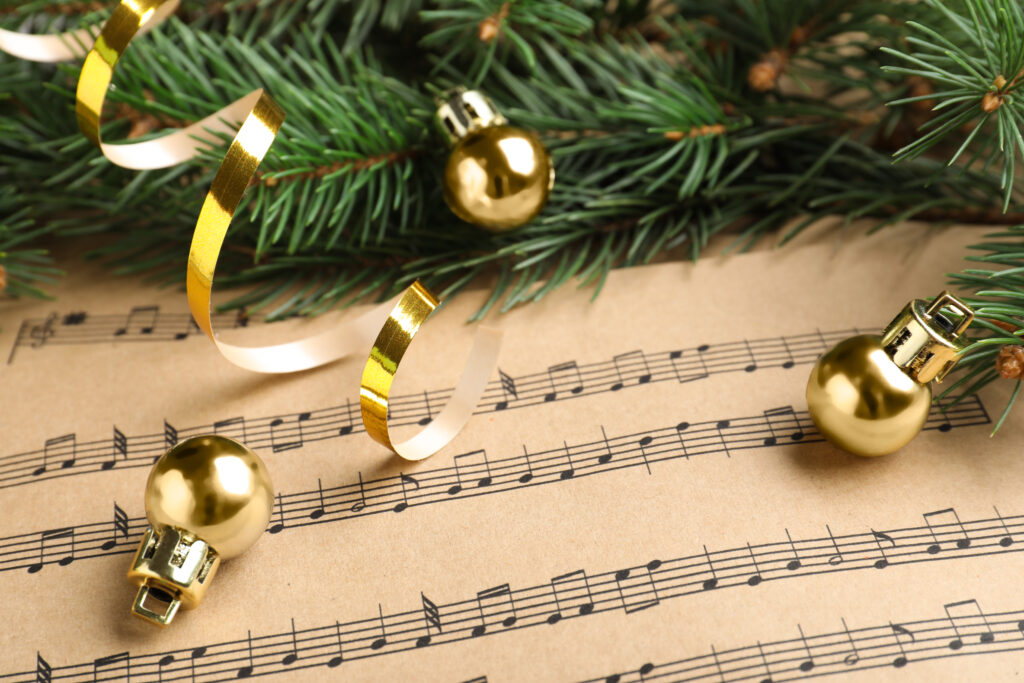 For many of us, the traditional holiday trappings, Christmas parties, and family gatherings won’t happen this year. My wife and I have thrown an annual Christmas party as long as we’ve been married, and we hate that we can’t do it in 2020.

Long before the American Christmas season became a thing, the month of December didn’t revolve around Christmas. It was Advent. Like a mini-Lent, Advent is about spiritual contemplation, discipline, and preparation seasoned with a little bit of hope for the coming Christmas celebration. To help me get into the spirit of the season, I add fasting and prayer, but I also like to use music to help me contemplate the season’s message.

It’s difficult to curate an Advent playlist if you want something more than Handel’s “Messiah” (the one with the “Hallelujah” Chorus). If you search for Advent music, you’ll get a bunch of Christmas albums. I have spent years looking for music that’s toned-down and contemplative with a touch of longing and hope. Here are my favorites:

Spirituals are traditional songs that come from America’s slavery days. While Gospel music is joyful, African-American spirituals are the cry for freedom from oppression. I added this album to my playlist this year in response to the death of George Floyd and the protests of the Black Lives Matter movement. I looked for music that would draw me out of my own experience and help me think about the challenges people of color face.

These songs reveal the pain of slavery and look for the justice that the slaves couldn’t get on earth. “Soon Ah Will Be Done” and “God’s Gonna Set This World On Fire” look forward to the day Jesus returns to judge the world and take away all their pain. “Ride The Chariot” and “Swing Low, Sweet Chariot” ask God to snatch them up with the same fiery chariot that took the prophet Elijah to heaven.

2. “Advent Promise: Songs and Music for the Season of Advent” by various artists

“Advent Promise” fills my need for those old, traditional Advent songs. The classical choral arrangements remind me that I am just one link in a millennia-long tradition. These songs’ ancient wisdom teaches me how to wait for the coming of the Lord on Christmas day the same way they taught generations before me.

I especially like that this album carries some of the old musical styles and keys into the modern era. Much of today’s Christmas music is saccharine enough to raise my blood-sugar level, but this brings it back down. “O Magnum Mysterium” is an old song, first published in the 16th century but likely older than that. “O Wisdom Antiphon and Magnificat” goes back to the oldest Advent traditions at least the fifth or sixth century.

“Psalm Settings” isn’t specifically an Advent album, but it does set some of the most ancient spiritual songs to music. The Psalms go back millennia to at least 1,000 B.C. as personal prayers and community worship. The folk arrangements combine updated music with the ancient texts.

You may have caught this: I love to contemplate my place in centuries-old traditions, and I want to be connected to the historic practices of my people. “Psalm Settings” carries me through the full range of religious expression from praise in Psalm 150 to feelings of abandonment in Psalm 22. I am consistently amazed by how these ancient prayers, some written by nomadic shepherds, both feel like they were written for me and help me explore new ways to pray.

The traditional Advent album focuses on a spiritual message. I chose “A Kind of Blue,” because it evokes an atmosphere of calm and contemplation. Perhaps the best Jazz album ever, its cool, subdued music floats slowly through the air. This isn’t the kind of album to put on in the background. Turn down the lights, sip something you love, and listen deeply. Even if you don’t like Jazz, this is worth a listen.

“A Kind of Blue” was the soundtrack of my youth. My parents, both musicians, played it to unwind after work. It evokes quiet evenings between school and dinner and memories of my childhood. It’s not just great music. It’s a connection to family.

5. “Behold The Lamb of God” by Andrew Peterson

I saved my favorite for last. “Behold The Lamb of God” perfectly captures all the spiritual themes I want in my Advent: I long for salvation. I need freedom from guilt and from death. “Behold The Lamb of God” expertly illustrates these themes using God’s story from Moses to Christmas. Peterson put out a new recording of it in 2019. It’s good, but it’s not as good as the 10th Anniversary edition.

I love this album because it finds just the right balance of emotions. Somehow, track #6, “Matthew’s Begats” makes Jesus’ genealogy seem really fun. I’ll be honest. #3, “So Long, Moses” makes me cry the first time I listen to it every year. If you want one album that just gets the Advent spirit of contemplation right, this is it.