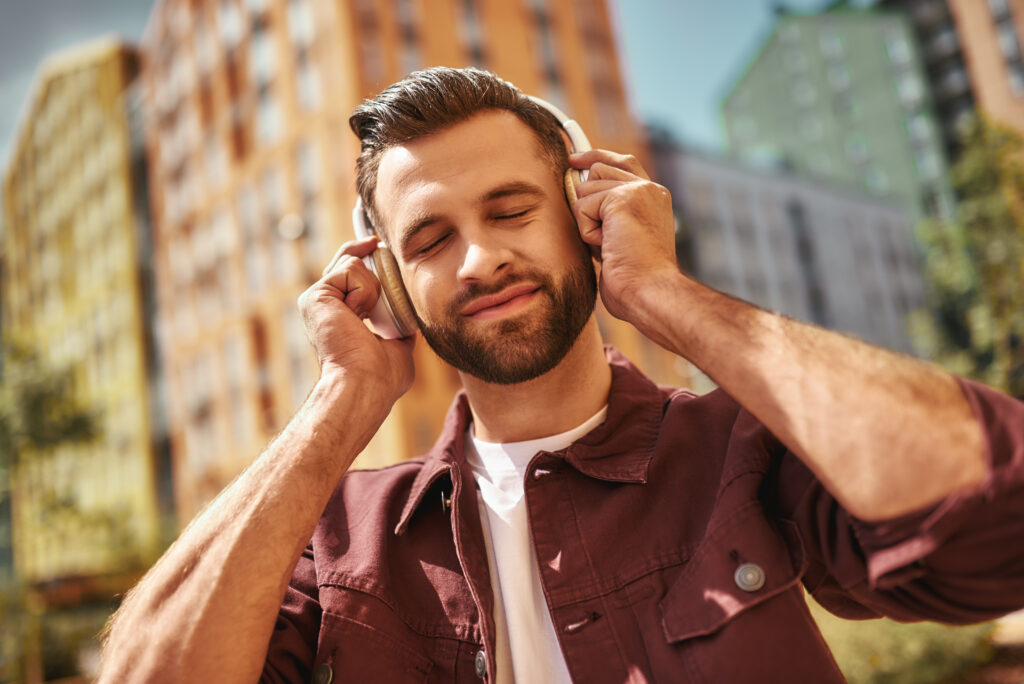 Lent is a period of reflection, when I examine my life to see how I can be more faithful and loving. However, I don’t just change some of my habits. I also change up the music I listen to, so I can set a contemplative mood for the season of repentance. Most of the time, I listen when I’m alone, traveling, or in my office, and I use the inspirational messages from these songs to help me focus on my day.

When curating Lenten music, I look for albums that have a stripped-down sound with low-key music that helps me be still (a thudding bass doesn’t exactly say, “contemplation”). Whether sacred or secular, the lyrics should elevate me beyond my daily cares to something greater. I also include whole albums with shuffle turned off. It’s jarring to bounce back and forth between artists and genres, but it’s a journey to listen to a whole album from start to finish. These albums have the right combination to get me in the mood for Lent.

Leon Bridges sounds like he was transported straight from the glory days of Motown soul. It’s not a nostalgic copy of a bygone era, but a new iteration of the classic sound. “Coming Home” is a meditation on travel and Bridges’s relationship with his home and the people he loves.

In “River,” Bridges describes a life filled with mistakes and journeys that have taken him far from where he wants to be. He cries out to be taken to the river where his mistakes can be washed clean so he can begin a new life. I’ve made my own mistakes, and Lent is the perfect time to have them washed away to begin anew.

The Hillbilly Thomists are a bluegrass band of Dominican monks, complete with the white robes. However, they don’t sound like what you’d expect when you think of a group of monks: The whole album sounds like a bunch of friends got together on a Tuesday night to sing.

“Poor Wayfaring Stranger” reflects on each person’s journey through a difficult world while we try to focus on that which is most important. “Leaning on the Everlasting Arms” reminds me that I’m not as independent as I think I am. I need help, and I can get them from the “the everlasting arms” of God.

“Lent At Ephesus” by Benedicts of Mary, Queen of the Apostles

“Lent At Ephesus” is a recording of Benedictine nuns singing ancient Lenten music. Their pure voices ring out without accompaniment, often in unison. When I hear this album, I almost involuntarily pause to breathe and be still for a moment.

The ancient hymns connect me with the history of Christian music. “Stabat Mater,” Latin for “the mother stood,” is a 13th century song about the pain the Virgin Mary feels when she sees her son die on Good Friday. “Jesu Dulcis Amor Meus” was written by St. Bernard of Clairvaux, who lived in the 11th century. The haunting melodies and beautiful voices combined with ancient song still my heart and make me more aware of the present.

“In The Time of the Great Remembering” by Ben Caplan

Ben Caplan is a Canadian singer-songwriter whose album is a mix of Jewish, Russian, and folk elements. His deep, resonant voice is the reason this album makes the list. A reviewer once described it as a warm sweater on a cold winter day, and I couldn’t say it better.

“Drift Apart” and “Leave Me Longing” are exquisitely sad songs in which he reflects on his mistakes in a relationship after it was too late to change. It helps me to reflect on my own failings while looking to how I would like to be in the future.

Andrew Peterson is my go-to artist for Christian music for both Advent and Lent because his music is beautiful, and the lyrics are deeply rooted in Scripture. In “Resurrection Letters: Prologue,” Peterson sings about Good Friday, Jesus’ death on the cross, and his rest in the tomb.

“Last Words” is like an audio word cloud of Jesus’ seven last phrases, and the jumble of words and melodies helps me quietly contemplate Christ’s sacrifice. The final song, “God Rested,” describes the work of creation and the sabbath day of rest. Every time I hear it, even while writing this piece, I pause and contemplate how incredible it is that God rested from his work of salvation.

For anyone who grew up hearing the stations of the cross read aloud, this song is another way to meditate on the final station and invites them to contemplate the emotions behind the words.