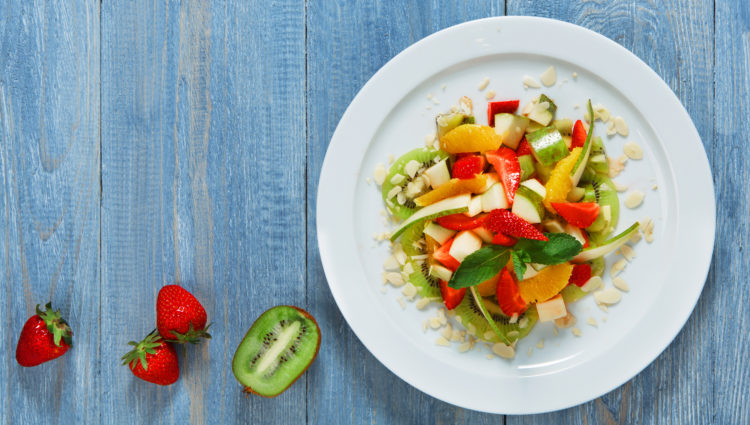 Many people chose to become vegan for a variety of reasons – perhaps for health issues, or to raise awareness about the treatment of animals. Personally, I started eating a vegan diet for spiritual reasons. Christians have, for centuries, eaten a vegan diet as part of a fasting ritual, often in the seasons of Lent or Advent. Like them, I decided to go vegan for a month, from Thanksgiving until Christmas Eve, as a time for self-discipline and preparation. Here’s what I learned:

I was more mindful

When you make a sudden diet change, everything gets a little more difficult. I had to read every label, something I’ve never done before. Restaurants had almost nothing for me, and cooking at home wasn’t much easier. I made a meal plan with my wife at the beginning of every week, and my new diet made everything more complicated. What used to be a 20-minute discussion turned into an hour of looking up recipes and formulating new ones in my head.

Eating a totally new diet forced me to be creative. I learned how to cook tofu, and found out that I really like it, even as a substitute for meat in Italian food. I discovered that a fried portobello mushroom sandwich was a great replacement for grilled cheese.

It didn’t always go as planned. One night, I made pesto and pasta to fuel up for a long run the next day. Pesto is basil, pine nuts, olive oil, garlic, and parmesan put through a food processor. My plan had been to pull out some of the mixture before I added the cheese, but I forgot. I tossed all the pasta in the pesto, and served the food. I even sprinkled on some extra parmesan. I sat down next to my wife, and she turned to me and said, “You can’t eat that.”

“You can’t eat that. There’s cheese on that.”

“Crap!” I looked at my food, and it finally registered. “There’s cheese in the pesto, too!”

Back to the kitchen for me.

Every time I had to pause from my normal routine, to read a label, or to hunt for food on a menu, it reminded me of why I was taking on this challenge. It reminded me of the role that sacrifice plays in our faith. Every meal was infused with purpose and a mindfulness that wouldn’t have been there before.

Celebration is better after fasting

My vegetarian and vegan friends were excited when they heard about my plan. I think many of them assumed that I would have a health breakthrough after a few weeks and would feel great. I kept hearing, “How’s the diet going? Don’t you feel great?”

I did not feel great. I was tired, oddly jittery, and a bit cranky. But mostly, I craved the foods I was missing. This was the challenge I was looking for, an exercise in denying myself what I wanted most. It wouldn’t have been self-discipline if it had been easy. Now that my fast is ended, I pray that some discipline stays with me as a face other challenges or temptations.

While I didn’t expect to feel as bad as I did, it did made my celebration so much better. When I broke my fast on Christmas, I celebrated with my whole body. I could feel my body rejoice along with my soul at the celebration of the joy of the season.

Eating vegan for a month helped me to connect more viscerally to my faith. Instead of focusing on prayer and reflection, I participated with my whole body, right down to the food I ate. It was a meaningful month of preparation and discipline, and I look forward to doing it again.