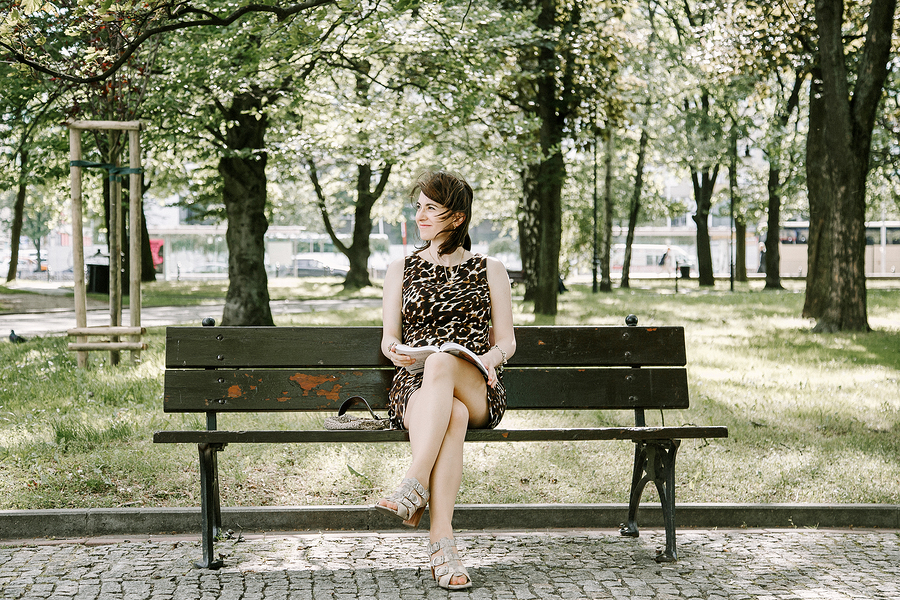 A few weeks ago on a solo retreat to San Diego, I took a walk along a path that overlooks the Pacific Ocean. The craggy cliffs gave way to gently rolling waves, and above it all, the sun hovered majestically until it slowly set. As I took in the beautiful scene, I couldn’t help but notice everyone around me on the beach. The vast majority of the people perched on the cliffs weren’t watching the sunset. They were looking at their phones. Truthfully, the sight was borderline creepy, like something out of a sci-fi novel or show like “Black Mirror” about an alternate, tech-obsessed future.

RELATED: Why Everyone Needs A Healthy Digital Diet

If I’m honest, I’m guilty of the same thing. I go through life glued to my phone and other devices, even when real life stares me in the face. I scrolled through email while driving through the wonders of Grand Canyon National Park, and I’m sure I’ve missed some important teachable moments with my kids while I was busy checking Facebook. In fact, my own dysfunctional, Pavlovian relationship with my phone and laptop was one reason I’d taken a weekend away in the first place. I’d grown so tired of perpetual availability to my work via email, of constantly kowtowing to the dopamine drop of my social media notifications. I was sick of spending so many hours zeroed in on a backlit screen, rather than whatever was going on around me. On this retreat, I was determined to stay off all devices as much as possible. I simply wanted to unplug for a while.

Although I had set my own phone down only 24 hours prior, it was as though I had new eyes to see the pervasiveness of technology in life. I began to keep track as I walked along the cliffs: The further I went, the more I realized how rare it was to see someone without a cell phone. Phones are useful, of course, but do we really need to have them in hand at all times? Considering this question solidified in me the desire to rebel—at least a little—from this New Normal.

For the rest of the retreat, I stuck to my device-free commitment. I refused to open Facebook or Twitter (the two social media apps I’m active on) and only checked my email once. (Which turned out to be a mistake, as it sucked me into some work drama I would rather have left behind.) Largely, though, I spent my time reading, praying, and taking long walks along the beach. I spent a full 90 minutes laying on a bench journaling and listening to the waves. I took a few pictures, but instead of posting them to Facebook immediately, I put my phone back in my purse and continued to breathe the ocean air. Despite a few tinges of FOMO, I couldn’t believe how free I felt. I could catch up with the online world later, I knew, but for a couple of days the insatiable desire to feel dialed in lost its grip on me.

Since my nearly tech-less weekend, I’ve returned home with a renewed dedication to live more in the real world—letting go of the need to keep up with social media goings-on and the tendency to reach brainlessly for my phone out of habit. I’ve taken stock of the apps on my phone, asking myself what I really want to spend my time on. I even deleted my mobile Facebook. (Oh, the anxiety of clicking “yes” when warned that all my info would be forever purged from my phone!) With fewer apps to reel me in, I’m reaching for my phone less mindlessly and less often. Instead, I’m trying to turn my attention to the reality of my present moment.

I’ve begun using old-school, “analog” resources instead of their digital counterparts. While making a dinner recipe, I ask myself if I could use an actual cookbook instead of a website. I’ve strapped on a watch to keep me from checking the time on my phone (and ultimately falling prey to frenetic email checking). To switch up how I listen to music, I even hauled out my old college radio. Maybe I could be surprised by a playlist instead of always customizing my own on Spotify.

I’m experimenting, too, with leaving my phone at home for short trips when there’s no critical reason to take it. The other night, I went phone-free for several hours while out for dinner and shopping. Surprise, surprise: No situation arose to necessitate its use. And I didn’t miss anything interesting on Twitter.

The other day, a particular moment gave me hope that these changes are taking root. On a walk in my neighborhood, I noticed a perfectly cupped cactus pad filled with morning dew. Sighting this tantalizing microcosm of desert beauty, I normally would reach for my phone to snap a picture and share online. But this time, I simply bent down and took a long look. For once, it was so good to stay present, to stop and observe. The world may tell me that I need more apps, more content, and more social media—but I’m convinced I need more moments like this.