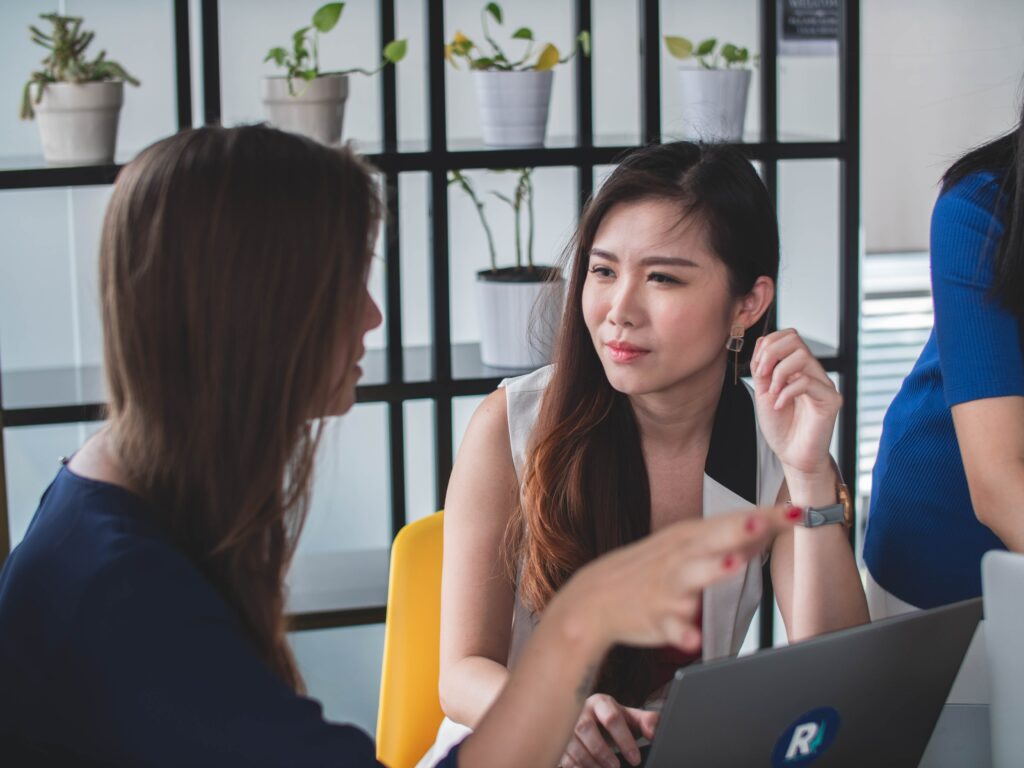 For most of my teens and early 20s, I had this idea that the best way to deal with discomfort or conflict was to pretend that it wasn’t there. Just the thought of confrontation terrified me and whenever a challenge came up—whether it was at school, at work, or among friends—I simply pretended it didn’t exist until the problem (usually) went away. Not only did this strategy complement my Catholic and Midwestern roots that all but require drama-free living, it also seemed to work remarkably well, at least for a while.

RELATED: Why Conflict Is Essential for Your Relationship

She told me that, while she was usually perfectly happy to lend me her shoes, she was disappointed that I’d scuffed them and even more disappointed that I hadn’t mentioned or apologized for the scuffs. I apologized, promised to be more courteous, and suddenly we were back to discussing whether or not Bret Michaels would ever find true love on “Rock of Love.”

The overall conversation was brief—perhaps just a minute long. However, nearly 10 years later, this small event has stayed in my mind and encouraged me to think about disappointment and conflict in new ways. Thanks to my friend, I realized that it is possible to address conflict in an honest, yet non-confrontational, way.

I started small. If a friend apologized for saying something unkind, I practiced saying, “Hey, thanks. I was taken aback by that comment and I really appreciate your apology.” Not quite as easy as saying, “Oh, no worries,” but a lot more honest. I’ve watched as my relationships with others actually grow stronger as a result of honest conversations and boundary-settings. As it turns out, being honest with others has invited others to be honest with me.

It hasn’t happened overnight, but I knew I’d made some progress when a coworker recently told me, “I like that you’re a straight shooter. You say what needs to be said.”

Obviously, there have been blunders. For starters, what I say doesn’t always need to be said, and I’ve had more than one opportunity to practice my apologizing skills. Secondly, my MO tends toward quick, direct conversations. More than one coworker has entered my office only to be cut off mid-sentence with an abrupt, “I gotta finish this project. Come back later.”

A few months ago, one friend gently pointed out that not everyone loves directness, and so he devised the I Like You/I Still Like You method for me to use. It’s basically a glorified “compliment sandwich.” To start, I let the person know that I care about and respect them. Then, I say how I’m feeling and end by letting them know that I still care about and respect them.

Though it likely comes from a place of good intentions, direct honesty may not always be interpreted as so. Let’s be frank—There’s a big difference between “I want to be alone right now” and “I think you’re great. At the moment, I’m in need of some quiet time. Let’s catch up later this week, though, because I really want to hear this story of yours in more detail.”

I’ve also found value in being upfront with people about my communication style and, in turn, asking them about their preferred communication style. Swapping styles helps squash conflict before it even has a chance to rear up. Some folks I know prefer discussing heavier topics over email while others are just as verbally direct as I am. There’s really no right or wrong way to go about it as long as you’re aware of and honest about your communication style, and that you’re aware that others may have different approaches.

While I’m far from perfect, I have gotten better at starting honest dialogue with those around me. When done well, honesty encourages us to share our thoughts in non-confrontational ways that strengthen relationships while lessening confusion and hurt feelings. For me, personally, it’s helped establish reliable rhythms to a number of relationships—both professional and personal. Of course, there are still times when I pretend conflict doesn’t exist. Heaven knows those Catholic-Midwesterner roots never completely disappear.