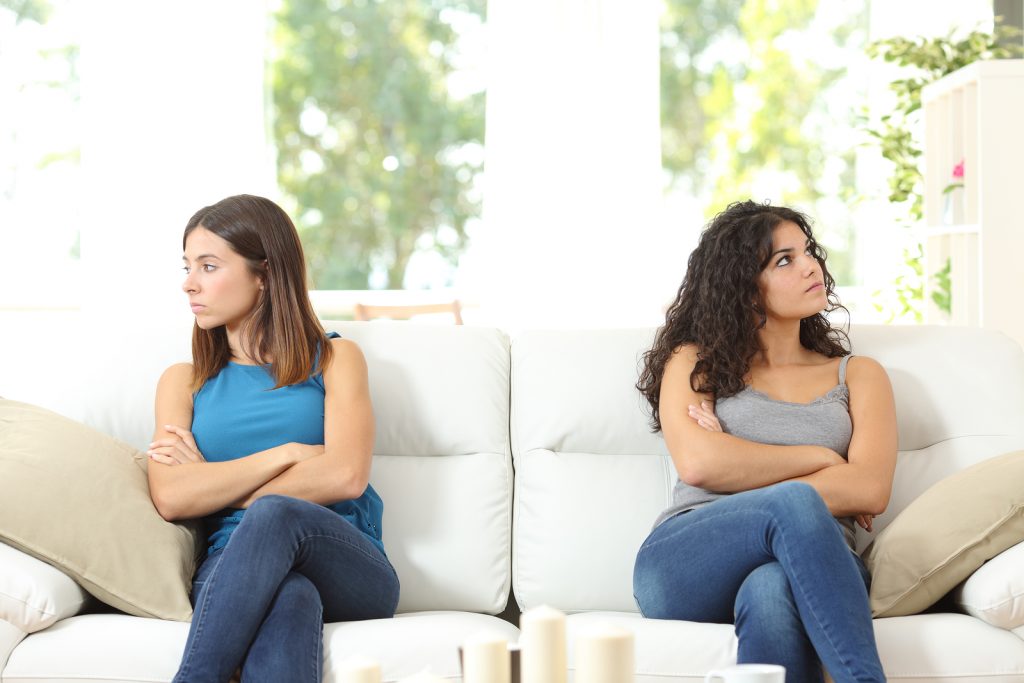 Even if you cringe at the thought of confrontation, at some point or another, you will encounter an uncomfortable moment of reckoning. Disagreements happen. Misunderstandings occur. Feelings get hurt. Even with the best intentions and the closest of friends, confrontation is bound to happen.

I hate conflict and will do anything to avoid it. I will sweep my feelings under the rug, let resentment bubble beneath the surface, and pretend everything is fine, but sometimes ignoring the problem simply can’t be done. Rather than wrecking a relationship out of fear of confrontation, there are far better ways to deal with your problems than letting them quietly wreak havoc on your emotional state.

Over time, I’ve learned there are loving, authentic ways to approach confrontation that hopefully will make your friendships stronger. Whether you’re the confronter or the confrontee, here’s a quick primer on how to handle those uncomfortable conversations when they arise.

When I was a bridesmaid in my friend’s wedding, I felt like the bride was asking way too much of me. I had to travel from out of town, barely got to spend any time with her, and felt sort of used by the end. However, when I finally confronted her, she told me about how crazy the planning process had been, and all the stress she had been under, and that despite the best intentions, she hadn’t realized how much she was putting on me.

Empathy can go a long way in resolving conflicts with your friends and loved ones. Sometimes we can get so absorbed in our own version of the story that we forget there is another way to look at it. When you take the time to really consider what this conflict looks like from the other side, you’ll be far more capable of approaching the situation from a place of respect and understanding.

2. Be aware of your approach

It doesn’t matter if you are the one confronting or being confronted, when conflict comes up you need to be hyper-aware of the way you approach the subject. While your knee-jerk reaction may be to jump to your defense, it’s important to take a step back and really think about how you want to handle this. Remember that part of the reason this is difficult is because your relationship is important.

Use kind words, gentle body language, and an even tone to soften the edges of a rough situation. If you are offering an apology, make sure it is sincere. I’ve definitely been confronted over what I perceived as a misunderstanding, but that doesn’t mean that my friend’s feelings were invalid. Even if you didn’t intend to hurt your friend (which you obviously didn’t) you still need to own up to the pain you caused, and do so in a loving way.

3. Lean into the discomfort

Let’s face it, no one likes being in the middle of a confrontation, but it’s important to see it through to the end. I have a bad habit of trying to smooth things over as quickly as possible, even if that means holding onto resentment or only fixing a problem halfway. However, doing that usually leads to more fights in the future and a weaker relationship overall.

Don’t say everything’s fine if it isn’t. If you’ve already reached a point of confrontation, you need to lean into the discomfort, so you can come to a resolution. It’s going to be hard in the moment, but it will make your friendship stronger in the end.