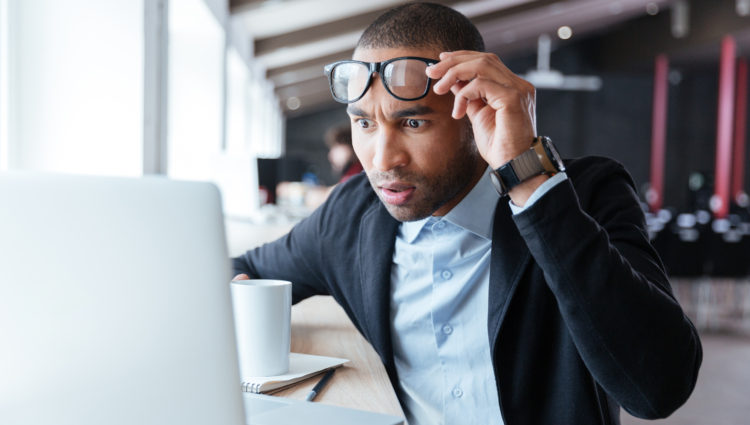 I have never been one to read a lot of news. It wasn’t until this election cycle that I began to be intentional about keeping myself informed on current events. I downloaded the Apple News app and turned on notifications for The New York Times and CNN based on the issues I wanted to follow closely and started taking time to read what was going on each day.

My system for consuming media was working well for me until the election happened. Never have I had so many notifications on my phone from a single news source. It seemed like something major was happening every day, and it only became more frequent after the inauguration. I started to feel like I was no longer selectively consuming media. I was the one being consumed by the media, wading through so much information, trying to determine which stories were important and accurate and which were inflammatory and biased.

When I pull out my phone, I never know what I am going to see on social media or in my news app. The concept of “fake news” has practically become a joke in our country, but the reality isn’t all that funny. Internet memes are being used to argue convictions, and poor journalism and inaccurate reporting are believed as truth. It is reckless and naive to believe every piece of information that flashes before our eyes. As citizens, as members of a global community, and as people called to love our neighbors, we have an obligation to practice responsible media consumption. Here’s how:

In general, it’s a good idea to be discerning of any commentary you read on current events. If something sounds off, follow your gut, and check out the source of the information. Is the news commentator linking back to a reputable source? Can you confirm what is being said with other publications or by seeking out the primary sources, including studies or government documents?

We all bring a level of bias into our experiences. How we were raised, including the faith we grew up in and the political leanings of our families make a difference in how we see and think about the world. Our formative experiences, such as how how those different from us were talked about and viewed in our homes, play a role in shaping our attitudes. It’s important to understand how your bias affects how you process what is going on around you. So, before you start reading up on current events, it’s a good idea to check in with yourself first. One resource for checking your bias is an implicit bias test developed by Harvard University that uses a series of pictures to determine if you have biases toward people you may not be aware of. Another resource, created by Allsides, a nonpartisan website that rates the bias of readers and publications, helps you rate your own bias on common issues by asking a series of questions about current hot topics being covered by the media.

Check the bias of the publication

Wouldn’t it be amazing if all of our news sources reported without bias? Unfortunately, that simply isn’t possible. If you rely on a favorite media source to stay up to date, it is important to be aware of any bias driving their reporting. Do they favor the right or fall left of center? This is especially important to know in light of your own bias, since reading only the news sources that share your worldview is a habit that will never challenge you to think outside of the box or to consider other opinions. I suggest using the Allsides bias rating system to find one or two publications that are rated as being in the center. As a general rule, I avoid any publications or news channels that are extremely biased in either direction.

It is also a good idea to be aware of how your bias determines what you read and to seek out one or two publications written from a different worldview. So if you tend to lean to the left, check in regularly with publications that are rated just right of center. If Facebook or Twitter are how you find and read most of your news, be aware of the echo-chamber effect of social media. If you find you agree with everyone you are friends with, or if you’re unfriending or unfollowing anyone who expresses an opinion that varies from yours, you are feeding your own bias. Exposing yourself to alternative viewpoints is a healthy way to consume media as it will encourage you to think more openly about complex political issues and current events.

Thanks to social media, any information can be shared in an instant. We have the tools to stay up to date at our fingertips, but we also have the opportunity to do damage with our words. A habit of slowing down before sharing news or commentary on current events is one we could all benefit from observing. Before you hit share on that fiery political op-ed you read over your lunch break, think twice about the message of the story and make sure the information being communicated is accurate. Practice responsible consumption and dissemination of the news.