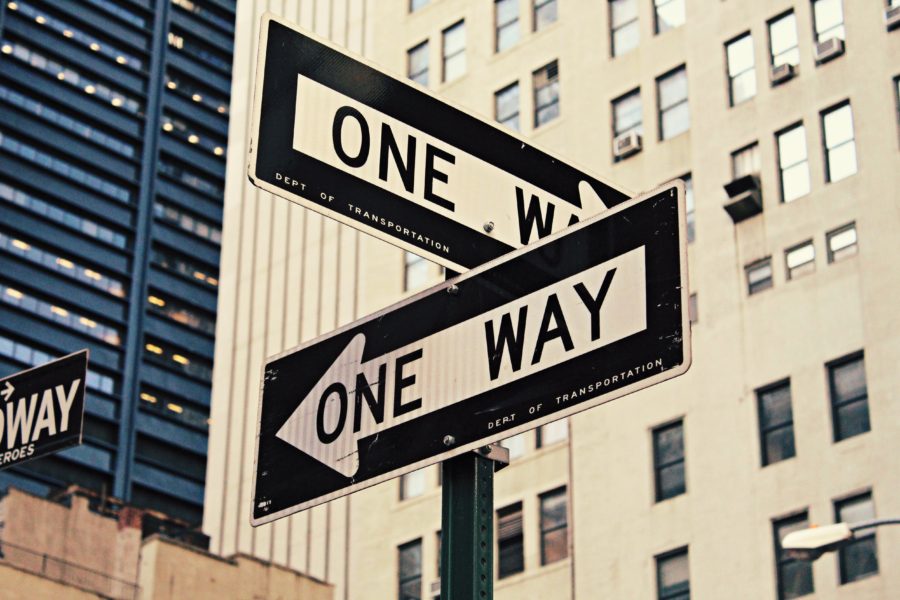 I have always been the person with the plan. Maybe it’s my strong affinity for the “J” part of my INFJ Myers-Briggs personality type, or perhaps it’s my position in a family full of people who thrive within structure. Regardless, I’ve lived my life this way for the last 24 years…that is until life started happening outside of my structured plans, and I was helpless to stop it.

Last year, I had plans to work overseas in Southeast Asia at a study abroad program that was shut down just a few months before I was set to leave, sending me into a crisis of figuring out my next steps. For somebody who thrives in structure and security, it felt like the ground had crumbled under me, and I had nothing sturdy left to stand on.

I’ve spent the last few months nannying and working in restaurants, and working scattered, temporary jobs, while living on friends’ couches. I’ve encountered the uncertainty and stress of not knowing where my life is headed in a society where having a five-year plan is a sure sign of success. While my peers are buying homes, getting engaged, and partaking in other young adult rites of passage, I’ve often felt inadequate this past year as I scramble to “figure it all out.” Throughout this process, as unsettled as I’ve felt most of the time, I’ve desperately tried to invest in the journey itself.

Experiencing a lack of control over my circumstances, while still being supported by the underlying privilege that I have, has been one of the most humbling experiences of my young life thus far. Throughout my travels and service-immersion experiences in the U.S. and abroad, I’ve met many individuals whose entire lives come without the sort of five-year plan I’ve tried to cling to thus far.

Some of the families I’ve come to know and love through the work that I’ve done don’t know how they’ll get through the monsoon season, or if they’ll even reach the end of the month with enough food to feed their large family. In my moments of strength, when I’m not wallowing in self-pity, I’ve called their witness and hope to mind.

I think about the strong single mothers I know in the U.S. teetering on the edge of homelessness, or the families I know in Southeast Asia whose unstable homes are prone to flooding every rainy season. They can’t plan for the future; they’re only focused on making it through the day, the month, or the season and have no idea what may come their way next. And yet, they have a strong faith and trust in God actively working around them.

A friend of mine told me early on in this rocky period that perhaps this time could be a learning experience if I truly embraced the lack of control I had over the situation and handed myself over to the forces working around me. Despite being a person of faith, my natural response to such an ask was an immediate rebuke in the name of structured, outlined plans that would lead me toward vocational fulfillment. However, the curious thing that I’ve found in these past few months is that perhaps my friend, and the folks that I’ve met around the world, are onto something.

RELATED: Not Where I Imagined: Letting Go of My 10-Year Plan

When not focused on specific outcomes and plans, I’ve been given the ability to say yes to new living situations and jobs that otherwise wouldn’t be possible if I was set on a specific path. If I was attached to a particular way I wanted my life to turn out, I would have lost some of the surprises and unexpected turns that have come along the way. For example, learning Spanish has been a lifelong goal of mine. If I would have spent this year abroad in Southeast Asia as expected, I would have further closed myself off from that prospect. Now, I’ll be living in a Spanish-speaking country next year. And living with different people and not having a personal space to call home helped me figure out what I want out of my living situation in the future.” The journey has been more instructive than expected.

My story, at least for now, has a happy ending: I was recently offered a job in Argentina at an organization very similar to the one at the program that fell through. I know that this new path could not have come to fruition were it not for this period of reckoning and occasional floundering that opened me up to new roads and new strength. Even if I didn’t yet have this position, though, I think I would still be doing alright. In this period of deep uncertainty and confusion, I’ve found in myself something far more valuable than a five-year plan: a renewed sense of strength and belief in myself that I can make it through.