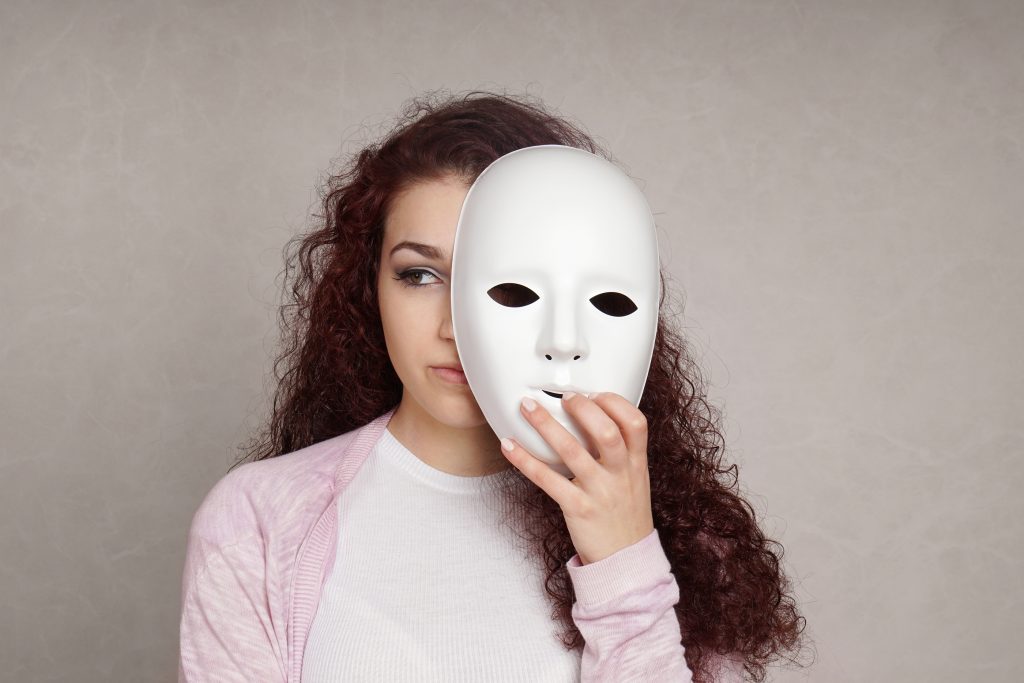 Here’s the ultimate #meta moment for you that’s sure to, if nothing else, improve morale about your own life: After I was assigned this article about beating imposter syndrome, I sat in front of my laptop—without irony—and thought, “I can’t do this and they’re going to know.”

If that doesn’t perfectly embody the social epidemic that is Imposter Syndrome, then I don’t ever want to find out what does.

But here’s the truth—and feel free to retain this anecdote as a reminder when quashing your own personal brand of Imposter Syndrome—I can do it. The proof is in the pudding—in the very internet tab you currently have open and are reading with your eyeballs.

Let’s back up: There’s this thing called Imposter Syndrome. Maybe you’ve heard of it. Actually, let’s drop all formality because of course you have heard of it. Although the term was coined back in 1978 by forward-thinking psychologists, the phrase has experienced an overwhelming resurgence in recent years.

We look at our parents, and they seem so confident, so settled. Even my sister, who is 10 years older than me and still statistically a millennial, seems vibrantly successful in comparison—so sure, so ready for everything, whether it’s love, marriage, pregnancy, motherhood, or career.

When it comes to the generation of self-proclaimed imposters, it’s as if everyone perpetually lives in fear of being “found out.” We think we’re not as good, smart, knowledgeable, *insert whichever adjective you need to have this apply to you* as we “pretend” to be.

It’s all we can talk about. Everyone on the internet is a) complaining of, b) relating to, and/or c) providing instructions on how to overcome IS.

You know how the “laughing with tears” emoji was the 2015 word of the year? I’m willing to bet Oxford Dictionaries elects “Imposter Syndrome” for 2016 because its prevalence is virtually unavoidable, whether you’re perusing think pieces, swiping through Instagram, or having a heartfelt, vis-à-vis conversation with your best friend. When that shiny ball dropped in January, it marked the year of society identifying as frauds. It’s probably easier to identify as a fraud than as an artist, writer, professional, mother, husband, or partner. It’s been the year of waiting to be pulled aside and told, “You’re not what you said you were/what your degree said you were/what your resume said you were.” In fact, it’s estimated that 70% of millennials have experienced symptoms of IS.

But we can do it, we are not imposters or frauds, and we don’t need to live in constant fear of our peers or superiors sleuthing out some grand tragic flaw.

Do you want to know how I know? Because our parents did it. Our older siblings did it. Our bosses and countless other superiors did it. They just didn’t talk about it. They didn’t fire off a string of tweets detailing how it felt to step into the unknown throes of adulthood for the first time and hope some other transcendental force guided them through it.

Days prior to graduating college, I met with one of my professors. I confessed, “I don’t feel like I’m about to be a professional. I still feel like an intern and I worry that when I do land a job, I’ll act like one. When will that change?”

He said, “When you get that first paycheck.”

To an extent, he was right. When I got that first paycheck, I felt less like a sham who accidentally stumbled upon a bachelor’s degree and a highly coveted entry-level job and more like I deserved it. And with every paycheck thereafter, I felt less and less unworthy.

Financial paychecks aren’t the only “paychecks” worth noting. Any accolade, compliment, and affirmation that we are deserving of our accomplishments merits recognition.

If you ran a 5K, don’t feel fraudulent when someone calls you “fit.” If you landed a job, don’t worry that you’re not qualified. If you were accepted to graduate school, then don’t fear you aren’t smart enough to be in your program.

You are. Your life shows you that you are on a daily basis, with every metaphorical “paycheck” you accrue.

So let’s agree to stop ignoring what our lives are telling us.