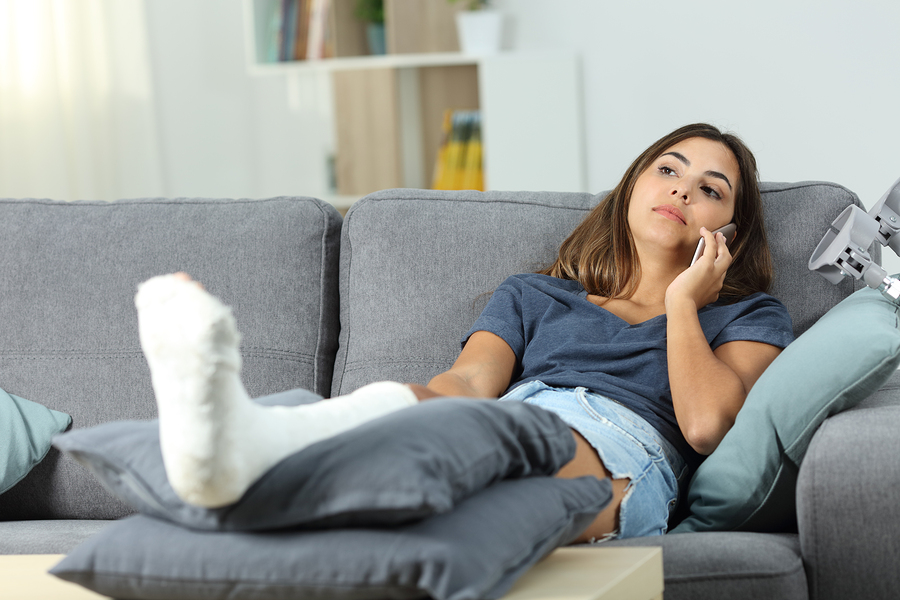 For the last four years of my life, I have been running five days a week, rain or shine, whether there’s snow on the ground or 90% humidity in the air. In moments of stress, confusion, or loneliness, running is the best way to clear my mind and boost my mood. Running also helps me connect with my spirituality— I love starting my day in nature with only my thoughts to keep me company.

Over the summer, I fractured my sesamoid bone– a tiny bone underneath the foot that I had no idea even existed until it brought my running routine to a screeching halt. Given the bone’s placement underneath the foot, it’s constantly bearing weight and thereby difficult to fully heal.

Nearly six months after the fracture, I am still healing and haven’t been able to run. The first few months of being sidelined were an extremely difficult transition from the active lifestyle I had been used to. I wasted a lot of precious time and energy feeling defeated and powerless, which did nothing but set me back further than my injury already had. After a restless summer of feeling disappointed and betrayed by my own body, I decided I could not go on as I once did. Here are three pieces of advice I wish I had heeded when I first became injured.

1. Be kind to yourself as you heal.

As silly as this sounds, for weeks after my injury, I found myself resenting my foot and feeling like it had betrayed me. I would often say and think extremely negative, alienating things like “well, this stupid foot doesn’t want to heal” or, “my stupid foot ruined my marathon dreams.” It took a close friend pulling me aside and reminding me that negative self-talk does nothing but keep me in a cycle of pessimism. My mind and body (including my foot!) are so deeply linked. Feeding myself good, life-giving thoughts, rather than wallowing in negativity, is critical to the healing process. My situation would remain the same whether I laughed about it or cried about it, so I might as well keep my chin up.

2. Don’t Google it! (Or invest in other people’s opinions, either.)

One of the most frustrating aspects of my injury is that almost all of the online rhetoric surrounding sesamoid injuries is extremely bleak. I would get lost in the black hole of Google on nearly a daily basis, even while I was at work. Then, I would call my mom during my lunch break in a frenzy to update her on the latest sob story I pulled off a 2008 message board. Though you may be tempted to Google your injury, or text your best friends asking what they think, try to hold back. If you have questions or concerns, address them with your doctor. Friends and family often mean well, but they do not know the ins and outs of your injury the same way a medical professional does.

3. Fulfill your passion in other meaningful ways.

Though you might feel discouraged and like nothing will compare to your pre-injury passion, make an effort to fill the gap in your life with other forms of exercise. For the first eight weeks of my injury, I chose to sit at home, eat ice cream, and feel sorry for myself, when I could have been doing non-impact exercise. After years of regular exercise, becoming a short-term couch potato felt good at first, but eventually took a mental and physical toll. Finally, after a string of bad days, I decided to pull myself up and get myself to the spin studio. I found that clocking 10 miles on a spin bike gives me a sweaty, accomplished feeling that feels similar to running. And after a stressful day, getting a burst of endorphins feels good no matter what– whether it is sitting on a bike or running on the track. Listen to your body. If it wants to move, move it!

Six months post-injury, I am still recovering and maintaining my fitness on the bike, not quite ready to run yet. However, I feel much happier (and healthier–despite my injured state) having followed these three pieces of advice. Though the road to recovery has been long and challenging, I know that when I am finally able to run again, it will have been worth the wait– and maybe I’ll spend some off days in the spin room!