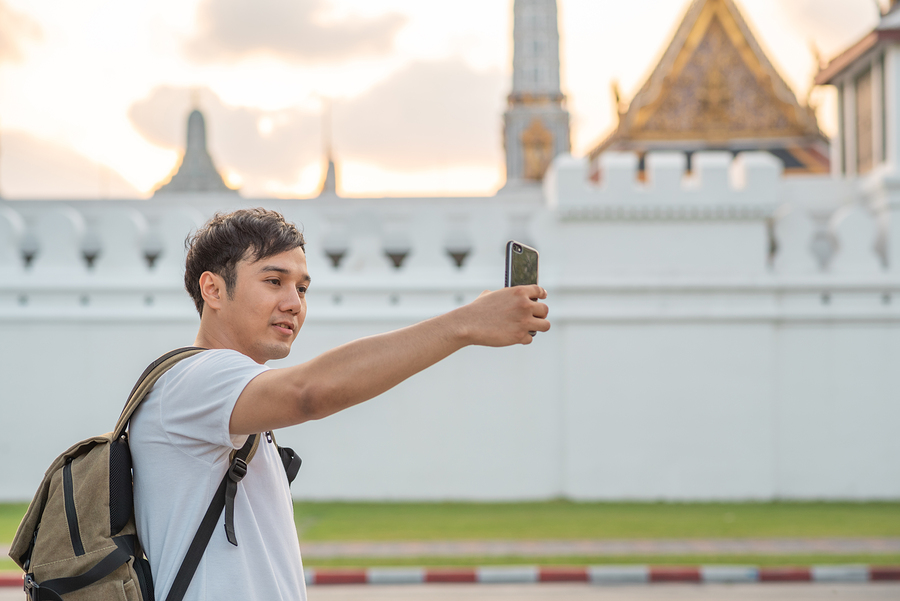 When I studied abroad in Seville, Spain, my program was very strict about students only speaking Spanish, requiring it in the program office and encouraging it everywhere else. Several of my classmates and I agreed early on in the semester to follow their wishes and speak Spanish together when we met up socially, as well.

Partway through the semester, these friends and I took a group road trip through Portugal and decided we’d continue to speak Spanish while on our trip. Admittedly, I assumed that everyone in Portugal would be as impressed with our commitment as we were, especially since we heard that most people in Portugal also spoke Spanish. However, when we checked into our first hostel, greeting the manager in Spanish, we were quickly stopped in our tracks. “Don’t speak Spanish here,” she warned us in perfect English.

The manager was incredibly kind but went on to explain that many people she knew were offended by the assumption that they would/should speak Spanish. Because Spain is the only country Portugal borders, she elaborated, tourists often don’t take the time to understand or acknowledge the unique Portuguese language and culture, making it a sore spot for many locals.

Looking back, this serves as a reminder of how easy it is to get so caught up in your own experience that you come across as disrespectful in the destination you’re visiting. We were fortunate to be cautioned by the kind hostel owner, but in reality, we should have done the research ourselves before starting our trip.

If you’re planning a trip to a new destination, there are plenty of easy ways to learn about the social, cultural, and religious norms so you don’t make a faux pas like ours, or worse. I’ve compiled some tips from my own travels on how to be a more respectful, culturally sensitive, and conscious tourist that you can apply no matter where you’re headed.

The general rule when preparing for a trip is that it’s better to know before you go. Taking the time to do research upfront can save you time, money, and embarrassment when you arrive.

When my husband and I booked our trip to Thailand last fall, we expected it to be different from our hometown in just about every way. So, we went beyond our usual research on the best places to eat and learned more about the culture itself.

For instance, I had anticipated that, being female, I would need to cover my shoulders and knees for visits to religious landmarks, such as Buddhist temples. However, doing my research in advance helped me to learn that there were restrictions on how I could be covered, as well. For instance, a scarf draped around my shoulders wasn’t enough for some locations. I needed to have on an actual shirt or sweater that would cover them on its own or would have to rent an approved cover-up once we arrived.

Before you head somewhere new, take time to research reliable travel sites, such as TripAdvisor or TripSavvy, to make sure you understand etiquette, such as tipping, and can be prepared accordingly.

When we visited family and friends in England several years ago, they left a tip well below 18-20% on the table when paying the dinner bill. Quickly pulling out our wallets, my now husband and I offered to make up the difference. But, instead of being met with gratitude, we offended our dining partners.

Our friend explained how different tipping is in England versus the United States. While waitstaff in the U.S. usually rely on tips as their main source of income from working at a restaurant, they are paid a living wage in England. Because of this, our English-native friend felt that leaving a tip larger than 10-15% could be seen as insulting.

Care for the region

Whether you’re headed on a trip down the road or flying across the world, it’s important to make sure you’re caring for the regions you visit. This includes everything from cleaning up after yourself to keeping animal welfare in mind.

In Thailand, for instance, many tourists delight at the ability to interact with elephants, and we were no different. Fortunately, we had a handful of friends who had visited the country in recent years guide us toward a company that offered a natural home and sanctuary for elephants, rather than one that made money off allowing you to ride them. This offered us the amazing opportunity to interact with elephants without doing any harm.

As you’re prepping for a trip, you may find conflicting information. Or, once you arrive at your destination, you may find that individual people have varied preferences for how you greet or interact with them as a tourist. To err on the side of caution, follow the lead of the locals. Modeling your behavior after theirs or deferring to their preferences can make your experience more comfortable and rewarding for everyone.