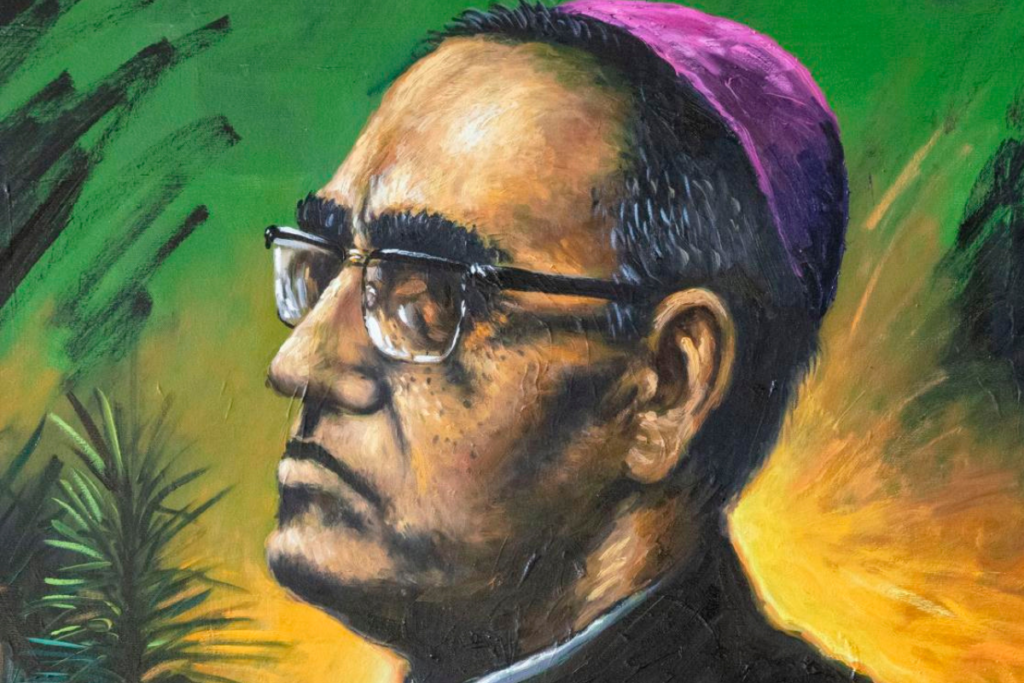 My first day back at college commenced with a frantic rush to find my classroom. I had not been to school since earning my associate’s degree in Industrial Technology two years before. I had a job drafting machine parts, but something was missing. I wanted to study my God.

My childhood was shaped by religion. My mother ensured I had a Christ-centered education. My grandmother took me to her Southern Baptist church multiple times a week (I would not be drawn to Catholicism until after high school). My grandfather had traveled the world so much for work, and I was always thrilled by his talk of Islamic Yemen or Buddhist Thailand. I knew so much about faith that everyone was convinced that I would enter into ministry.

But then my grandparents moved away, I enrolled in public school, and my mother stopped attending church. I had been isolated from a faith community and longed to experience religion again. That’s how I found myself not only finally going back for a bachelor’s degree, but specifically opening the door to a class called “Religion and Film: Screening the Sacred.”

Compelling films filled the syllabus, but there was one film on this syllabus whose name I did not recognize. It was the oldest, least-exciting film I could find there, yet it sticks with me more than any of the others.

“Romero” is the biopic of Oscar Romero, an Archbishop of San Salvador. The film follows the newly appointed bishop as he faces tyrannical government repression in the late 1970s.  Kidnapping, torture, and execution were common, as the country’s leaders killed thousands of dissidents. Even Romero’s friend, fellow priest Rutilio Grande, was assassinated for his vocal support of the liberation of the El Salvadorian people.

El Salvador was a place of political corruption, civil war, and intense violence, and it seemed that Romero would claim centrality but unwittingly side with the oppressive, racist, and elitist regime. It surprised everyone when he didn’t.

I had never heard of St. Oscar Romero. I knew of biblical saints and to ask St. Anthony for help to find something, but Romero was a mystery. Watching this film, I felt strong anger, but also purposeful hope.

“I come from a world of books,” Romero declares at his appointment, “but I have a lot to learn.” Romero was the last person the suffering wanted. The poor had their voices denied. They were killed, kidnapped, and tortured en masse. They needed someone to speak for them. Romero was the blind bookworm, yet I understood him. I too loved my studies.

However, the world blinded me. I had a lot to learn, and perhaps Romero could teach me. This is the man, after all, who would get into the vans of freedom fighters to talk peace and would wait at the offices of politicians to talk about freedom. He is the man who could walk into churches filled with armed soldiers, into active hostage crises, into the compounds where priests were tortured, and demand justice. A man with that Christlike courage is someone worthy of learning from.

RELATED: How the Saints Help Me Overcome My Doubts

Romero inspired me to be as public as I can about the injustices I see in my country and use my gift with words to attack them. This was a major inspiration for my senior paper that I later presented at a conference. I looked at famed religious Jew Dennis Prager’s work regarding the use of the death penalty, what he would consider to be the most compassionate and biblical option, and I called him out for claiming to worship God but ultimately worshipping the status quo, a status quo I then revealed to be as unbiblical I could find.

It was perhaps the most exciting paper I’ve ever written, and also the most well-received. If I can continue to reveal God’s truth in my academic career, I hope it will spread the way, the truth, and the life of Christ around my nation.

But this passion drives more than just academics. After all, if I merely pray and talk about the poor and distraught, then I am not living out what God has asked. It is why I have slowly been pushing myself outside my comfort zone.

First, I met and talked with people one-on-one and in small groups about these ideas of justice. Next, I made more of an effort to help with programs for the poor, especially ensuring that they have basic access to food.

Soon I hope to push for better changes by reconnecting with my local, state, and national representatives to ask them to do better for the poor. After all, I live in a county with 27 jails and prisons, all of which may house any number of people who may have been unjustly treated, who need Christ to help redeem them and fix their lives.

There is more to my purpose than calling out powers and principalities; I also have to be a better example and remind my loved ones to do better. I talk to people from work or from school and when the conversations turn negative and toxic towards others, I try not to feed into them. I do my best to remind everyone about the need to love others first and to emphasize the redeemability of all human beings.

RELATED: Making Service a Lifestyle: How I Found My Purpose in Serving Others

Leaning into that challenge does not always go well. A loved one of mine was incredibly shocked and angered by the recent legal precedents the Supreme Court undid, such as the EPA’s powers and protections from police power abuses. While I understood her concerns, she shocked me when she called for the assassination of justices.

When I tried to remind her that they are human beings made in the image of God, that they too are victims of the evil powers and principalities that we struggle against in this life, she was angry with me. I must not really understand; I must secretly agree with her enemies.

This was a difficult conversation, one that still hurts my heart, but it reminds me that Romero’s message, and, by extension, Christ’s, is not a popular one. I find myself going back to God to remind myself that I am called to love others and hope for their redemption. If Romero could do this for the murderers who assassinated his friend, then I can do it too.

While the other films I watched in that class were enriching, “Romero” is one of the few I rewatch, to revisit alone and reflect upon, wondering what the next step in my life will be. I continue to pray over where I am called to go next in my work and education. Most importantly, I trust in God to place me exactly where I need to be with the exact audience to ensure his message of peace and justice are spread. I may never be a saint, but I rejoice that I have learned from one.