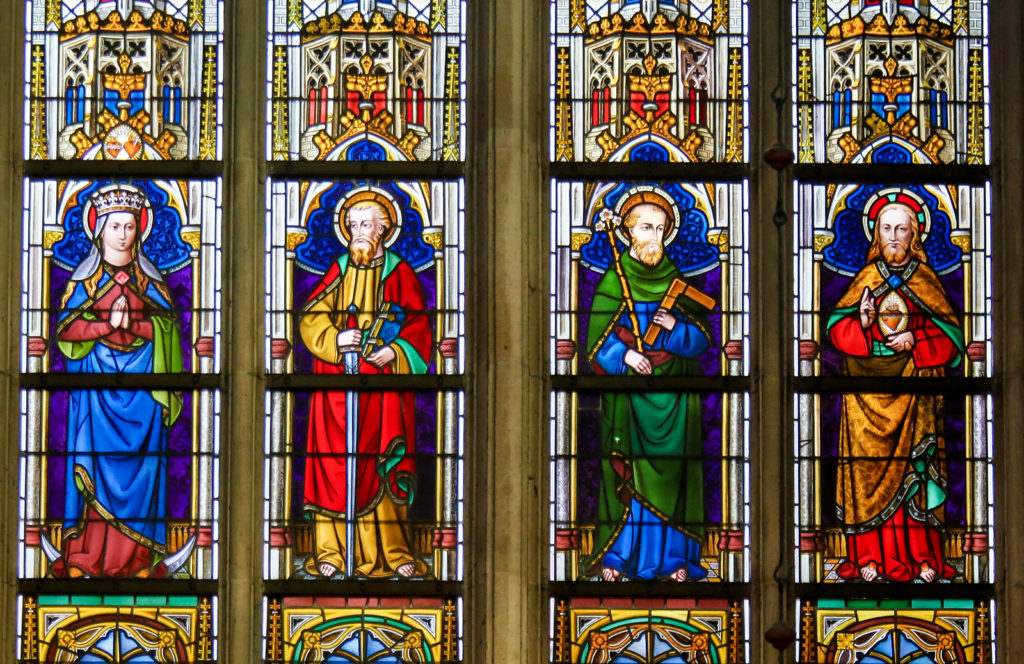 I don’t believe in signs, but even this one seemed pretty clear to me.

It’s been more than a decade since I saw it, tucked inside St. Patrick’s Cathedral in Dublin, Ireland. Amid the soaring ceilings and exquisite tile work, it was very ordinary, one of a series of actual signs to help tourists like me understand the cathedral and St. Patrick’s life.

The sign contained just a few lines of St. Patrick’s Confessions, offering a translation of the document that I haven’t been able to find since. Who knows if it’s still there or if the translation has been corrected. But, for good or bad, accurate or inaccurate, the words stayed with me:

Who was it that lifted up me — stupid me — from the middle of those who seemed to be wise and skilled in the law and powerful in rhetoric and in all matters? And Who was it that inspired me — me! — above others to be such a person (if only I were!) as could do good faithfully — in fear and reverence and without complaint — to that people to whom Christ’s love transported me and gave me; if I should prove worthy in short to be of service to them in humility and truth?

I remember catching myself when I saw those words.

He’s a saint — how can a saint be stupid? They’re the spiritual superheroes, unfazed and undeterred, bona fide badasses in the causes of faith, hope, and love. They’re celebrated with their own days and baseball-style prayer cards, and they can even assist you in specific, practical matters. For instance, it’s said that if you bury a St. Joseph statue upside down in your yard, he’ll help you sell your home. That’s textbook magic.

And yet — stupid me.

St. Patrick has long been part of my life. I eat corned beef and cabbage on his feast day, and I chose Patrick as my confirmation name in a tribute to my Irish heritage. But I learned that day in Dublin that I had more in common with St. Patrick than I thought — namely, doubt in myself.

For a long time (and still today), there’s a voice in my head that says I can’t make a difference, and that I’m not smart enough or kind enough or whatever enough to rise above the noise. That the gifts I have been given are not good enough to do the things my heart wants me to do.

Maybe you’ve heard the doubting voice too — it’s the one that tells you to be quiet and sit down, to let it slide. The one that tells you to ignore your heart’s call to offer to the world the thing that you’re most well-suited to share. For me, it’s words and (hopefully funny) jokes. But for you, maybe it’s spreadsheets, songs, or standing in solidarity with people when they need it the most.

St. Patrick heard that voice, but he pushed ahead. He did what he believed he was called to do, even though he sometimes felt like there were more qualified people for the job.

Along the way, I learned that other saints were not nearly as super as I had pegged them to be. I learned how St. Teresa of Calcutta struggled with her faith for much of her life, even as she continued to work with the marginalized of our world. St. Augustine lived a pretty less-than-perfect life before reforming his ways. In others, I found bad choices and lost souls, all walking in one direction whether they knew it or not.

In his excellent memoir “My Life with the Saints,” Father James Martin, a Jesuit priest, describes the experience of finding the humanity of the saints like this:

“In reading the lives of the saints,” Martin writes, “I discovered that I could easily recognize myself, or at least parts of myself, in their stories. This was the aspect of their lives that I most appreciated: they had struggled with the same human foibles that everyone does. Knowing this, in turn, encouraged me to pray to them for help during particular times and for particular needs.”

And to this day, that is how they are defined. They served the poor or founded communities of faith and education. They made the case for living lives of justice and peace, and that work rises to the top.

It’s been a long time, but the words in St. Patrick’s Cathedral stayed with me. Sometimes, when I question if I have what it takes to do what’s most important to me, I remember St. Patrick and so many others who got tangled up from time to time. They found their way out and kept at it. And if they kept going, I can too.

Step-by-step, overcoming the doubts and fears. They kept going. Even if they felt stupid sometimes.