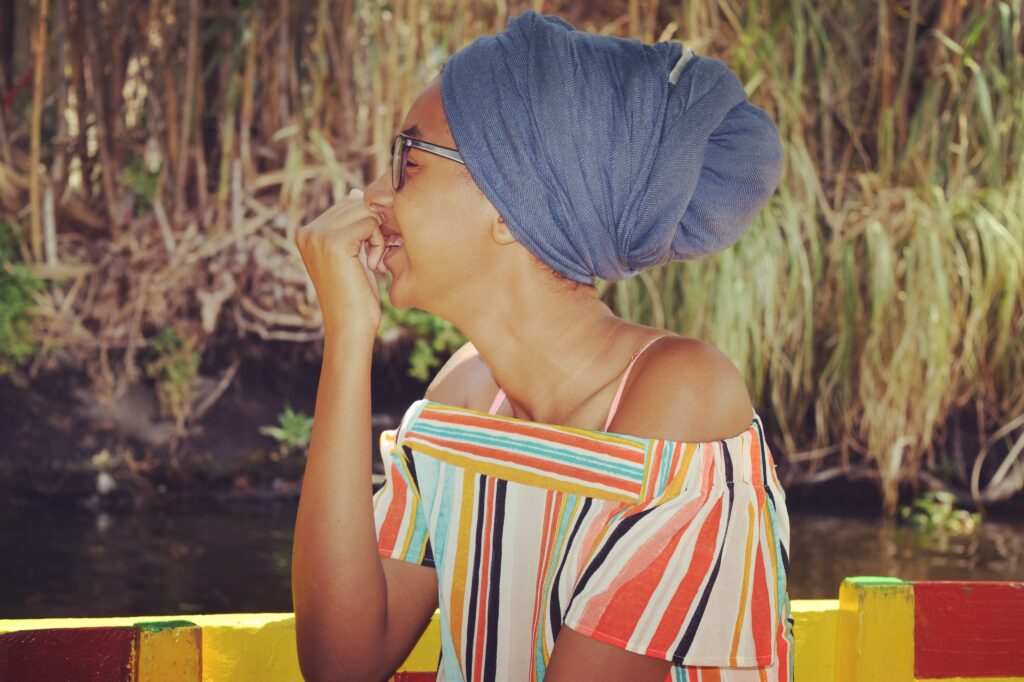 As an “extroverted introvert,” someone who naturally seeks out relationships and social interactions but also requires moderate amounts of alone time, I practically specialize in FOMO (fear of missing out). I realize I’m a bit of a paradox. If there’s an event, party, or gathering of friends, I’m there with my party hat on — unless I’m too exhausted and low on my regular dose of solitude. Add a husband and three kids, a busy schedule with a bit of freelancing on the side, and I don’t always have room for party plans.

If I let myself, I’ll sometimes wonder what everyone else is doing on a Saturday night that I happen to be spending at home with my family. If I hop on social media, FOMO can quickly set in, and a perfectly content and cozy evening suddenly feels restrictive and bleak.

Researchers say that humans in general are lonelier now than we’ve ever been, even though we’re the most “connected” generation in history. There’s no doubt in my mind that these feelings of missing out, and relentlessly comparing oneself to others are fueled by social media. I’m guilty of believing that my mindless scrolling is harmless, but often I’ll shut down my phone and feel that nagging sense that everyone else is doing something super interesting and they forgot to include me.

So, how can we cope with FOMO in a healthy way? Here’s where I start.

I can’t do everything, and the one thing that has taught me to accept this fact more than anything else is becoming a mother to three children. Before I had my own family, I would do what I wanted when I wanted. Now, I adhere to nap schedules, school start and end times, nightly family dinners, and all the other rigors of motherhood. Basically my whole life is tied to the needs of my children, and at first, I railed against these limitations. I was often irritated that I could no longer fulfill most of my personal desires whenever I wished. Sure, I was overjoyed that I had been able to start a family, but there was sometimes a twinge of disappointment as I watched my non-parent friends party from afar.

But things in my mind began changing regarding new-parent FOMO. I had listened to a sermon online about rest, slowing down, and living in a counter-cultural way. The pastor, John Mark Comer of Bridgetown Church in Portland, Oregon, encouraged his congregation to consider all of our human limitations as good things that remind us of our own finite-ness and cause us to live more intentionally, being present in our circumstances and striving for thankfulness for them. Instead of pouring my mental energy into worrying that there’s something good happening I’m not a part of, I pour it out elsewhere. Namely, into gratitude. In making an effort to be grateful for the many ways my needs are met, and the multitude of wants that are actually fulfilled as well, I’ve been able to slow my mind and release this nagging fear that there is something more I should be doing, having, or being.

Now, any feelings of FOMO are like little alarms that remind me to be present where I am and thankful for what is right in front of me, whether it’s an evening in the backyard with my family or an intimate conversation with a few friends on a rare night out.

In college, I couldn’t fathom an evening spent alone. It seemed like I was with friends every waking moment of my life, with almost no time for silence or solitude. Back then, I thought it was great! Now? That lifestyle makes me want to cry with exhaustion.

As an Enneagram 6 wing 7, I want to be friends with just about anybody and everybody. But this propensity lends itself to having many relationships that go about an inch deep, and few that have any roots. Post-college, I’ve decided to cultivate stronger, deeper relationships with fewer people. As my time for socializing has become smaller and more precious, having fewer, closer relationships is more life-giving to me right now.

Rather than spending time jonesing for the next social interaction or feeling restless if I’m not included in someone’s plans, I can instead focus on investing in my closest relationships. I can choose to put down my phone, take a walk with my family, call a friend I haven’t spoken to in a while, or start a conversation with a neighbor who I may run into on the front lawn.

When I began to look my FOMO in the face, I found that a spiritual approach was the thing that made a difference in my actual day-to-day mindset. For me, there’s no better inspiration for confronting FOMO than the example of Jesus. With a regular schedule of preaching, teaching, traveling, healing people, and performing miracles, he was likely pretty booked up. He created a community around himself of 12 disciples, three of these men being in his inner circle, his closest confidantes. Jesus invested time and energy into these people, and we know he felt great affection for them. But rather than exhaust himself continually, Jesus took time for silence and solitude, often retreating into the wilderness to be alone with God.

So rather than focusing on what I’m missing out on, I’m choosing to be thankful for the friends and relationships I already have and to be mindful of investing wisely in those people. While silence and solitude are harder to come by these days, I do take a Sabbath from social media each Sunday, go to church, and make it a point to connect with other people in real life—whether that means chatting after the service, inviting loved ones into my home, or just spending some time at the park enjoying my family. While I haven’t done it perfectly, I’ve been pleasantly surprised at how free from FOMO-induced anxiety I feel on these rest days. I’ve felt more at peace, centered, and able to actually give of myself to others instead of worrying about what I need to gain from people.

I know it’s a process, but as I see myself gaining contentment in relationships and peace in my circumstances, I’m committed to continuing my quest to be thankful no matter what, and well, let my FOMO go.