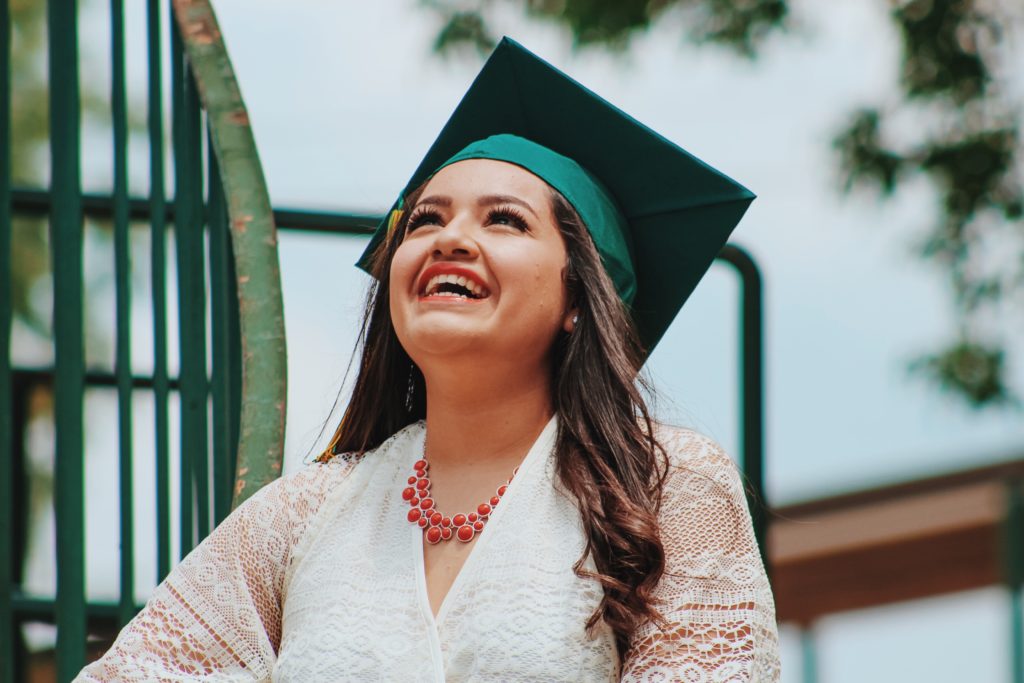 I’ve never been a fan of change, so you can only imagine how I felt about graduating from college. It was a milestone that I aspired to reach, but it always seemed so far away. Until it wasn’t. When it was actually time to graduate, time moved incredibly quickly. Before I graduated, I knew I had to plan for three things: what I was going to wear, how I was going to decorate my cap, and how I would respond to the question, “What are your plans after graduation?” That was a question I didn’t have an answer to.

RELATED: 4 Tips for Landing Your First Job after College

I graduated from Marist College in May 2016 with a bachelor’s degree in journalism, and my postgrad experience didn’t start off how I envisioned. Not only was it emotional to say goodbye to a place that I had called home for the last four years, but I had to face the fact that I was leaping into the next phase of my life without a plan. Unlike most of my friends and classmates, I didn’t have a full-time job lined up for myself after I graduated. Even though I had spent more than two months applying to all the relevant positions that I could find, I still didn’t have the experience needed to get the entry-level jobs in my field. The only thing that was certain was that I was moving back home to live with my parents, which didn’t sound nearly as fun as the New York City apartments my friends were getting ready to move into.

It felt like I was on a different page than everyone else, like I wasn’t meeting the expectations of post-college life. While everyone else was heading to their amazing jobs, I was sitting at home applying to more jobs and waiting for my life to start. Despite this sad turn of events, I eventually realized that home was the perfect place to start over. Instead of worrying about paying rent and rushing to say “yes” to any job, I was given the resources and support from my family to find what I needed to do next.

I decided it was time to embrace the path that was laid out for me. I began applying to internships in order to gain the experience I needed to get the entry-level editorial jobs I wanted. I also got a part-time job at a local chocolate shop to help make more money. Though these weren’t the roles I foresaw myself taking after graduation, they still proved to be beneficial, allowing me to grow professionally and get a taste of what it’s like to work in my field.

It’s been a year since I walked across that graduation stage, and I still don’t have it all together. But, don’t let that scare you; I am getting closer. Despite not getting my dream magazine job right out of the gate, I still managed to make it work by going at my own pace and abandoning the thoughts that I wasn’t measuring up to my peers. In these short 365 days, I realized that it’s okay to not have it all together after you graduate and that the real world is much kinder than you think. I thought people would judge me for having an internship instead of a real job, but they were impressed by the fact that I was trying to make it in the journalism field. They also didn’t care that I was living at home, mostly because they or a friend they had were doing it too.

So, to all of you who have just taken that dreaded jump into the real world with no clear cut plans, I hope my story helps to take some of the weight off your shoulders. My experience has shown me that it takes time to find out what you’re going to do with your life. I’ve embraced the uncertainties of not having a plan and learned to keep an open mind toward every experience I encounter. Good things take time, and I know that something good is waiting for me.