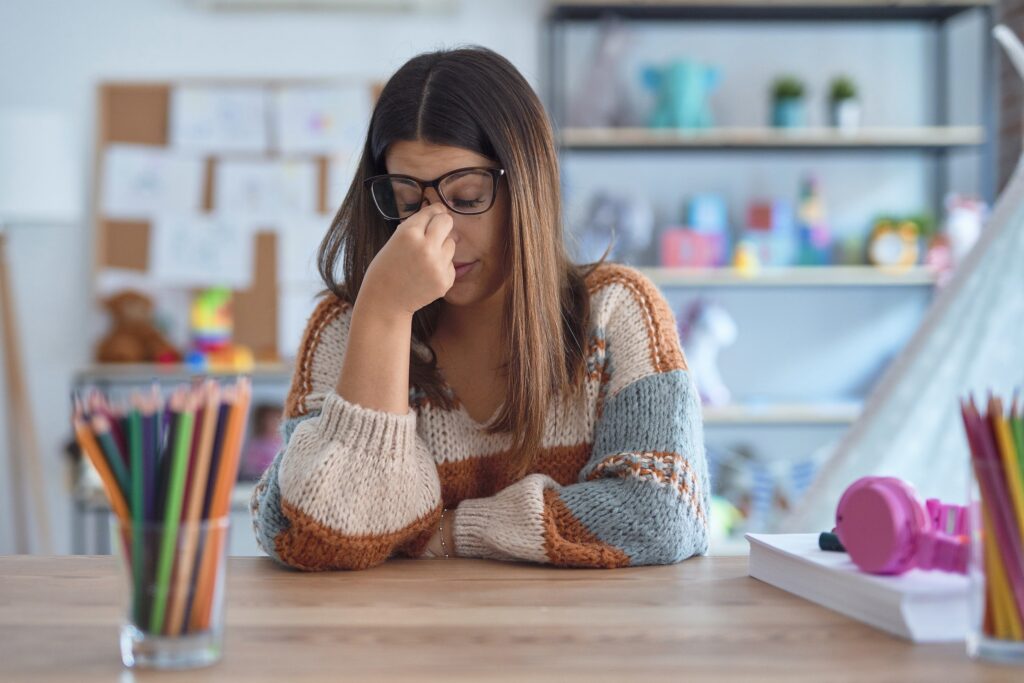 I could hardly believe myself as I angrily slammed my apartment door with a reverberating thud. It had been a particularly frustrating morning, but hadn’t I retired from the angsty practice of door slamming in my early teens?!

My own reaction surprised me enough to stop me in my tracks. In addition to feeling immediate gratitude that no one was home to witness my adult temper tantrum, a few questions coursed through my head: Why did I just slam that door? What about the morning’s events had ignited such behavior? What needed to change so that future such door slamming incidents wouldn’t occur? In other words, my outburst opened the door (no pun intended!) to reflection.

RELATED: How I’m Learning to Be OK with Being ‘In Between’

Here’s what I learned:

First, the physical act of slamming the door highlighted to me the nature of my emotions in the moment: I was angry. Along with jealousy, resentment and competitiveness, I think of anger as a culturally taboo emotion, one that we’re implicitly told it’s shameful to feel and should therefore repress.

The problem is that pretending emotions don’t exist doesn’t make them go away. Instead, they linger within us and make themselves known in subtle but insidious ways: In my case, little twinge of jealousy as my friends talked about their babysitters here, a little zap of annoyance as the baby woke up after napping for just half an hour there. All of these emotions have the potential to tell us something constructive if we are willing to acknowledge and listen to them.

Slamming the door is such an outward display of emotion that it pushed me to ask: What made me so angry?

The answer was actually quite simple. As a part-time working and part-time stay-at-home parent of a young child, I go to the office during the hours in which I have help with childcare, and I also spend an additional 10 or so hours a week — squeezed into nap times and early mornings — freelance writing. On the day in question, my husband, baby, and I had spent a leisurely Saturday morning cuddling in bed, and when my husband suggested that I head to our local coffee shop to do a few hours of work on projects with impending deadlines, I jumped on the opportunity. I’ll admit that I felt a twinge of frustration that we hadn’t made this plan the night before: Though a lazy start to the day can be great, I do my most focused work in the early morning hours and would have foregone the extra sleep in exchange for a productive morning.

Alas, I decided to take what I could get and excitedly packed my bag and headed out the door. Frustration hit in full force when I spent 10 precious minutes circling the coffee shop looking for parking and then finally entered the shop to see a line winding throughout the packed room in which I had no hope of finding a seat. With a defeated sigh, I turned around and headed home. Where I slammed the door.

The fact that I lost my temper over this incident could lead people to think that I have some anger management issues (my morning didn’t go the way I wanted it to go. Big deal! That’s life!) and if this happened more than once, I, too, would be concerned. But in isolation it moved me to consider why my feelings were so escalated.

I wasn’t upset because things didn’t go my way this one time. I was upset because ever since returning to work, I wasn’t getting the chance to devote adequate time to one of the things I love most in the world: writing. The fact that I was so excited about the proposed morning at a coffee shop (all by myself! Without interruption!) and then so disgruntled when I lost it helped me to see that I needed more than rushed nap times in front of my computer to pitch, draft and edit.

In other words, my anger led me to address something that I wanted and needed: more childcare help. For whatever reason, I had resisted naming this previously. But door-slamming helped me see that something needed to change and instigated a constructive conversation with my husband about childcare strategies. I’m pleased to say that we have a much more satisfying system in place now.

My angry outburst also led me to notice my tendency to bottle up frustrations instead of addressing them, calmly, as they arise. The fact is I had been feeling stretched for writing time long before that door-slamming morning. This experience reminded me that, unless I want to be known by my neighbors and family as a door-slammer (spoiler alert: I don’t), I need to pay attention and respond to the more subtle messages as they come to me.

Door-slamming isn’t a practice that I’d recommend, but fortunately, I was able to learn some valuable lessons from my surprising outburst. I’m taking those lessons with me as I tread more gently across my threshold.