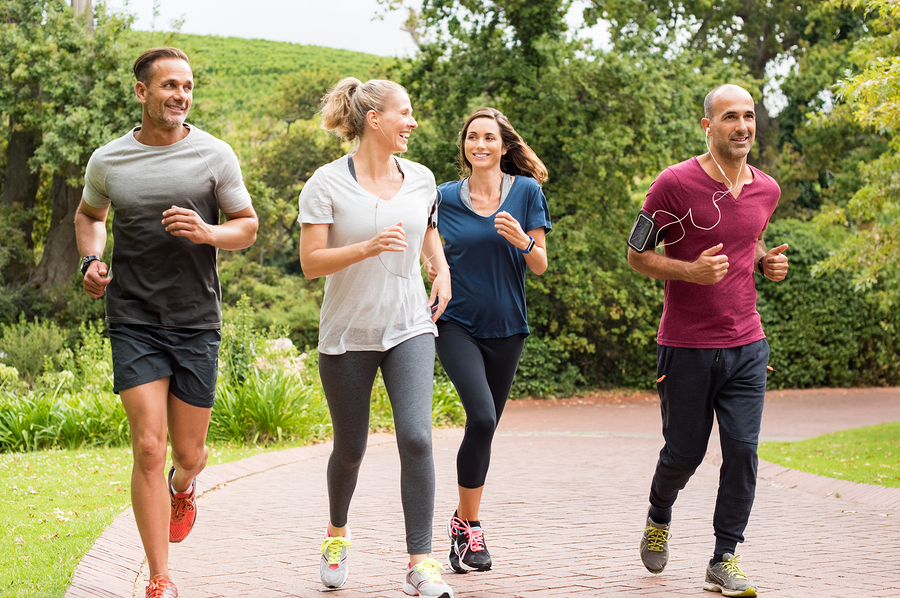 When my wife and I moved to St. Louis, 700 miles away from our friends and family, we were pretty lonely. I was going to school, but we lived a 30-minute drive away from campus, too far to make friends quickly. It took us most of a year to make meaningful connections.

I wasn’t alone in feeling isolated. This May, health insurance company Cigna, released the results of their loneliness study, and they found that loneliness is an epidemic across the United States. Nearly half of all Americans report sometimes feeling alone or always feeling alone. Loneliness is worst among the youngest age group surveyed, those 18 to 22.

Feeling alone is tough, but there are ways to lighten the loneliness. Here’s what I do when I’m feeling isolated and need to meet new people.

I’ve been to running groups, spin classes, weight training groups, cycling clubs, and basically any athletic group that meets regularly. When I joined a marathon training group, I had just hoped that they would help me stumble across the finish line without collapsing immediately afterwards. What I got were amazing friends whose company I still enjoy — long after the race was over.

Training groups are a great way to feel less lonely because you get to be a part of a community with common interests and common goals. There are few things as awkward as going on a mission to find new friends. Asking, “Can I be your friend?” may work for 5-year-olds, but it’s harder in your 20s.

There are great clubs and groups for every kind of training, but one of the best is the November Project. It’s a free fitness movement that focuses on strength training and cardio at everyone’s level. It started in Boston and has migrated to cities around the world. I have rarely seen people as connected as the people who show up every morning (Yes. It’s early morning) to train with the November Project.

When you volunteer for a cause you’re passionate about, you’ll inevitably run into people who have that same passion. I ran with a group of people (all my friends come from running) who volunteered for Mercy Home, a charity for troubled youth in Chicago. They volunteered for tutoring, worked on planning committees, and helped raise money. They were connected by a common task, and that connection grew into friendships.

They made friends because they came together around team-based projects that met regularly. Building relationships on regularly seeing the same people around a common task is key to helping loneliness. For my Mercy Home friends, it was helping abused and neglected kids. They made the world a better place, and they got to meet people, too.

Not the athletic type? You can find a club for just about any other interest under the sun. There is going to be a group out there who loves the same thing you do, no matter how unique.

Two of my cousins went to college at the University of Wisconsin-Madison, which has about a bajillion students and is the biggest university in Wisconsin. Attempting to make friends was overwhelming in a place so big. My cousins both joined the marching band, and they made friends immediately (one even met his future wife!).Years after college, they still see each other all the time.

Check out Meetup, which hosts thousands of interest groups and get-togethers. No matter how unusual your interests, you should be able to find something that you’ll enjoy.

Worship services are a great way to feel connected to a group of people who share your faith and have the same “big questions” about our purpose in life. There was a young man from my church who went to college out-of-state where he didn’t know anyone. Before he moved, he called up a local church near his school. The first Sunday at the school, a member of that congregation, a complete stranger, picked him up to drive him to church. She did that for two years before he got a car.

Can you imagine offering to pick up some random stranger? Not unless you’re a Lyft driver. But the bond of their faith community inspired an act of kindness that resulted in a real friendship.

Have you ever wanted to improve your knife skills in the kitchen? There’s a class for that. Love to draw? Take an art class. The latest fad in my area is axe throwing. I know a lawyer whose firm took her axe throwing as a team-building exercise. Whatever you want to learn, there’s probably a class nearby. You’ll meet new people and, maybe, make some new friends.

The more lonely you feel, the harder it can be to put yourself out there. Why not do it a different way? Find something that you think is interesting and do it with other people. You know that you have something in common. These activities may be the start of a fulfilling social life with great friends.