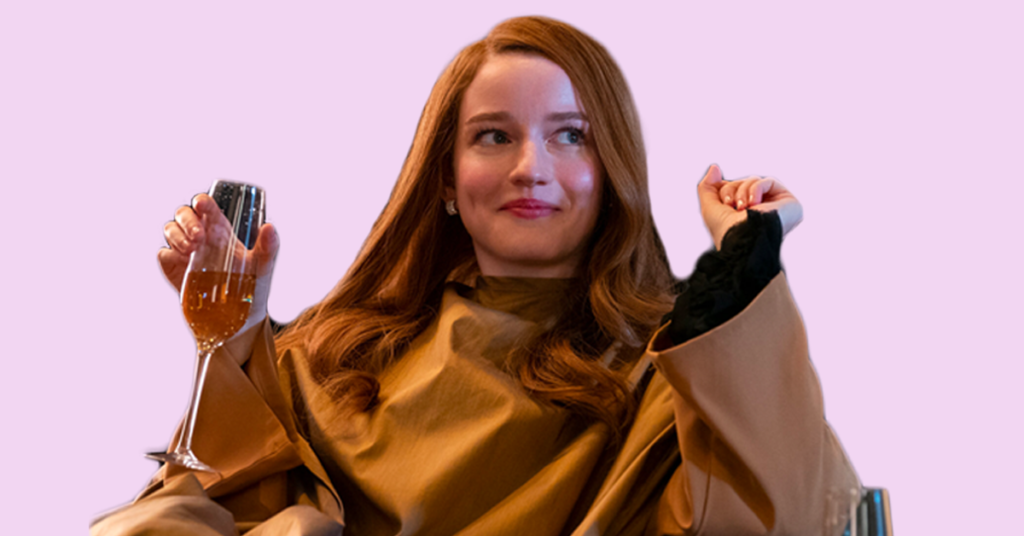 I enjoy a good scam story as much as the next person, so when the Netflix series “Inventing Anna” — which chronicles a fictionalized version of one reporter’s deep dive into the life of entrepreneur/con artist (who can tell?) Anna Delvey — aired this past February, I ate it up like the last Oreo in a crinkly plastic sheath.

Despite the thrill of the scam, I grimaced my way through half the show and was frankly relieved when I reached the end. I can only handle so much social tension and, well, moral depravity.

Spoken with an icy tone and piercing gaze, Anna sneered these words at her interviewer after the journalist used pregnancy as an excuse for not visiting more frequently. Anna is callous and selfish, to say the least…but also, she kind of has a point? From a technical standpoint, pregnancy does not make a person “special,” in the sense that special indicates individuality. Roughly 84 million women are pregnant at any given moment, after all.

I’m not pregnant at the moment, but ever since watching this scene, I’ve heard Anna’s voice in my mind a number of times when I’ve found myself feeling exceptional (and not necessarily in a good way) in one way or another.

RELATED: Embrace Inconvenience: The Lesson That Helps Me Step Out of My Comfort Zone

For instance, I had a terrible cold about a month ago, one that was so bad that I was convinced it was worse than what most people with congestion experience. Anna’s voice in my mind reminded me that having a cough that keeps me up at night does not make me special. Literally everyone gets colds and in the moment they always feel the worst.

Another time, I had a less than pleasant interaction with a receptionist at a doctor’s office, and I found myself wanting to tell anyone I ran into the rest of the day about how rude this person was to me.

Anna’s words once again reminded me that there is nothing unique about having an off-putting encounter with another person. I mean, who of us hasn’t been sighed at by a receptionist who thinks we could be much more efficient in filling out our forms?! Humans are imperfect and we interact with each other in all of our imperfections.

We tend to think of being special as a positive trait, and indeed, sometimes it is. There is a reason why art class and library time were called “specials” in elementary school, and why items with their prices sliced in half are called “specials” in a grocery store. These are good things! But contrary to deflating my ego, I’ve benefited from each realization of my ordinariness.

For starters, realizing that I’m not special makes me more accepting of my situation. Rather than feeling so utterly indignant about the fact that a receptionist was rude to me, I could just say to myself, “Hey, sometimes people aren’t nice. Oh well!” and move on with my day.

RELATED: Looking for Gratitude Every Day — Even When It’s Hard to Find

In turn, accepting my situation makes me less likely to complain about it. Why lament the cold (even just to my nearest and dearest) when it is as basic as bread and butter? Less complaining is basically a good thing for everyone all the time.

Most importantly, remembering my ordinariness heightens my sense of connection to other human beings. Feeling really bad when I have a cold, and remembering that my cold is not special, increases my compassion for others who are also enduring running noses and scratchy throats. Being huffed at by a receptionist, and knowing that she’s probably treated everyone in line before me the same, compels me to smile with extra twinkly eyes at the woman sitting across from me in the waiting room.

In a phrase, recognizing my ordinariness reminds me that we’re all in this together.

I’m not cynical: I do believe that genetic endowment and the cultivation of skills allow people to become unique in particular ways. But there are so many things that we experience as humans that are not, in fact, special, and there are so many ways we can benefit from recognizing our ordinariness. I raise my thanks to the fictionalized version of Anna Delvey for helping me recognize this important fact.