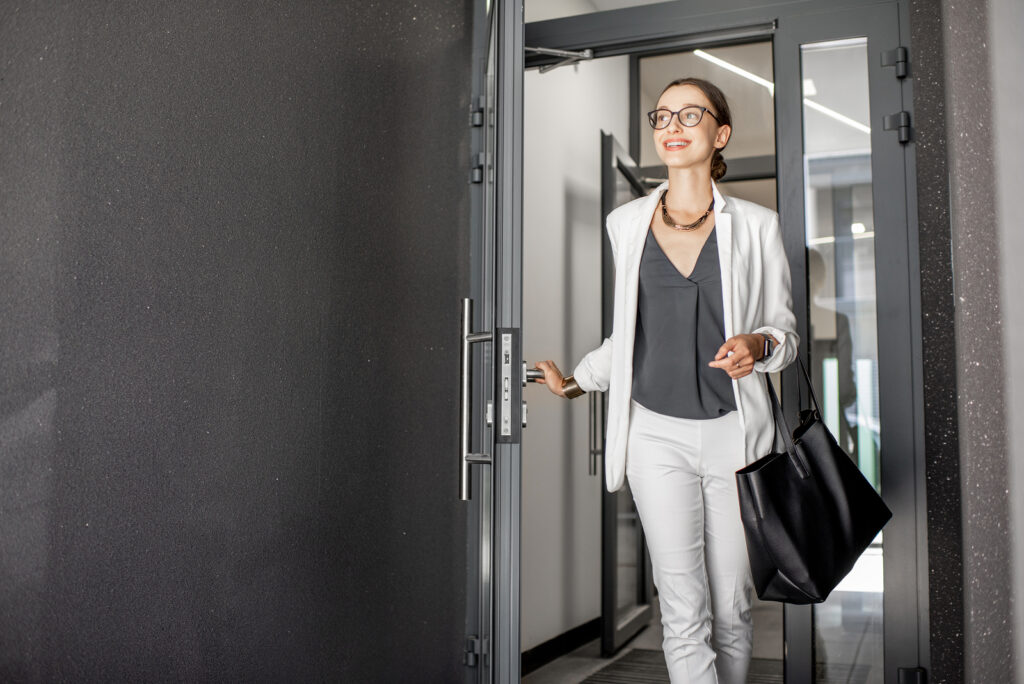 Recently, I was volunteering at my son’s school and struck up a conversation with another parent. Inevitably, the conversation veered toward work, and I cringed because I knew I’d have to admit that I don’t have a career, but simply work a part-time, low-level administrative and bookkeeping job at a church.

“What do you do for a living?” is such a common question, but the shame I feel when it comes up is strong. The truth is that a simple part-time job is exactly what I want and need at this phase in my life, and it’s a privilege to be able to choose this path. I also know that we live in a culture that treats our jobs as a central component of our identity. I quickly told this other parent about my very menial job and asked her if she works outside of the home. Without hesitation or an ounce of shame, she said, “Yeah, I work part-time as a server at a restaurant, and it’s awesome. It helps bring in a little money for my family, I get to interact with lots of people, which I love, and then I get to leave and do the stuff that is really important to me.” It was in that moment, basking in her confidence, that I realized that there is nothing wrong with having a job that just helps fund your life rather than a career that defines you.

From the time we’re in elementary school, we’re asked to imagine what we might spend our working lives doing. By our late teens, if we decide to go to college, we’ve probably picked a career path and committed years of our lives and tens of thousands of dollars toward getting the training we need to pursue it. We are expected to pick one thing and that one thing is supposed to not only pay our bills but also fulfill us mentally and emotionally. At this point in my life, I’ve met very few people who are working in the field they imagined they’d end up in. One of my closest friends recently left a lucrative career as a lab manager in a fertility clinic and followed her passion to become a teacher. I’ve met even fewer people who are fulfilled primarily by their job.

There are lots of reasons people don’t end up in their “dream job.” Some people never find their calling. My mom is in her 60s, and after working in a variety of fields says she never really figured out what she wanted to be when she grew up. Sometimes, breaking into a desired field is extremely difficult, so making it a primary source of income isn’t a realistic option. For example, I love writing, but being able to sustain yourself financially through writing is also extremely rare, so I may always need a different primary source of income.

RELATED: How Creating a Better Work-Life Balance Made Me Better at Both

Some people try working in the field they went to school for and find that they actually hate it. I was in a doctoral program for sociology with hopes of being a college professor. It was the career I had dreamed of since I was a child, but when I got to graduate school I found that it brought out the worst in me. I couldn’t imagine spending my life writing research papers and navigating the politics of a life in academia. Deciding to leave graduate school was initially a really difficult decision. If I wasn’t going to be a college professor, who was I? But I eventually found my way and realized that my identity and my job are separate things.

When your career path wanders or fails to pan out as expected, it can feel disheartening. We live in a culture that glorifies productivity and work above all else, but those are not the only valuable things in life. It’s okay if you don’t know what you want to be when you grow up. It’s okay if your job simply pays the bills. Maybe instead of expecting our work to completely align with our personal goals and identity, we can be open to finding that fulfillment in a diverse set of experiences and relationships.

We are so much more than our work, and I think changing the narrative starts in the context of simple conversations. Instead of asking people what they do for a living, I ask them to tell me a little about themselves. People are always excited to talk about their hobbies, families, and the things they do just for fun. Sometimes they bring up work and sometimes they don’t. A friend of mine helps run a nonprofit that serves survivors of sexual assault. She is always excited to talk about what they are accomplishing. Another friend who works in social media almost never talks about her job. Instead, she often talks about her family and the social justice organization she is voluntarily helping lead. I care less about what my friends do for a living and a lot more about what excites them.

Work doesn’t have to define who we are. We get to shape the narrative, and there is zero shame in disengaging from a culture of productivity that fails to honor the complexity of who we are. Now when people ask me about what I do for a living, I try not to cringe. Instead, I tell them about my job that pays the bills and then I tell them about all the other wonderful parts of who I am.