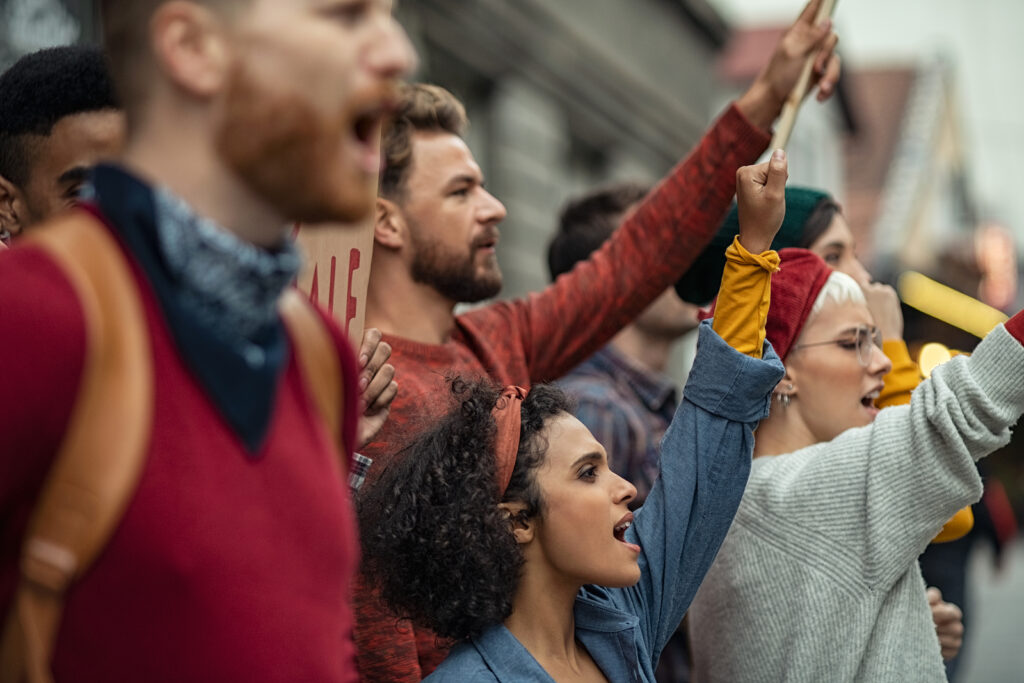 Since I was a rather loud but nonetheless compassionate freshman of barely 15, I’ve been told by teachers, community organizers, and article headlines that my generation, Generation Z, are the future leaders of tomorrow; we will change the world. My generation was going to be the one to turn everything around (I still haven’t quite figured out yet what “everything” means). Yet it wasn’t until I saw the resilience of my generation when faced with perils that I truly understood the significance of that statement.

Growing up in South Florida, the Parkland school shooting was my rude awakening to the gun violence epidemic in our country. Living only an hour away, I cried with my friend on the way home on the bus that day and spent the next 48 hours in a state of shock.

In response to the shooting, I experienced the South Florida community coming together to stand in solidarity with Parkland in a way I’d never seen before. My three friends and I decided to write “We Need Change” on white t-shirts and sell them to our classmates for $5, with profits donated to the Parkland families. We sold 300 shirts.

RELATED: Feeling Anxious? Be of Service

In addition, a couple of students from each grade (including me as one of the freshman representatives) helped organize a school walkout. We hoped to demonstrate our solidarity with both our community and our peers at Parkland, and we channeled our fear into frustration as we demanded legislation and government action to prevent future school shootings. The event had a 86% walkout rate out of our 1,500 student body, even in the face of administrative opposition. I walked along the city streets alongside my peers, my friends, and the student body, a speaker in my hand, leading chants and seeing passing adults take videos and cheer us on.

Later, I sat in the scorching sun for hours, listening to a survivor story. As I looked around at the hundreds of students clustered around a small town hall courtyard, I knew I was part of a special group of individuals who stood for justice and security even before graduating high school. That was the moment I knew the fire, the unwavering passion of students who have grown up learning about social justice, would not die. Since then, my peers have continuously fought for gun-sense legislation, still visiting legislators and advocating two years later.

But it isn’t limited to America. Internationally, following the actions of environmental activist Greta Thunberg, Gen-Z has been leading youth climate strikes, which inspired me to hold my own school’s climate change event. We planned for two of my environmentally-passionate friends to present speeches while I talked about the importance of writing to legislators. We also made arrangements to bring in a guest to help us plant two seedlings, a white oak, and maple along the edge of our school forest — a physical symbol of our commitment to our planet.

Although only 30 students (mostly my friends) showed up, I was still inspired by the faces who weren’t my close friends. The girl whose boyfriend and his friends ridiculed her for standing up for environmental efforts showed up. The class clown boys came, too, taking the reins of planting two tree seedlings.

As I stood in my school quad, hearing the boos from some students that were coming from the open classroom windows, and looking over my right shoulder to see my classmates still supporting me, risking peer backlash, it brought tears to my eyes. It was the personal touch of recognition that some of my generation would, in fact, stand strong against opposition to offer support for a cause they believe in.

And it continues today in response to the inhumane murders of Ahmaud Arbery, Breonna Taylor, and George Floyd. I continuously see my peers rise up. I had two different people text me, “What can we do? I need to do something about this.” And I truly believe that statement is representative of the outlook I have seen presented by my generation time and time again. Within a matter of 24 hours, over 90 students from our county’s high schools have created a group chat to organize a student-led nonviolent protest for Black Lives Matter in our downtown area. We held two Zoom calls shortly thereafter, and planned to edit a video of solidarity, to show that we stand with Minneapolis, even from 1,011 miles away, and that we choose to fight for equality, equity, and justice within our criminal justice system and other institutions.

RELATED: Little Acts of Hope: How to Overcome a Sense of Helplessness at the World’s Problems

As Generation Z, we’re supposed to change the world. And while that reputation is an honor, it is equally a heavy burden. Yet, continuously, graciously, we’ve shouldered that burden and fought for change, again and again.