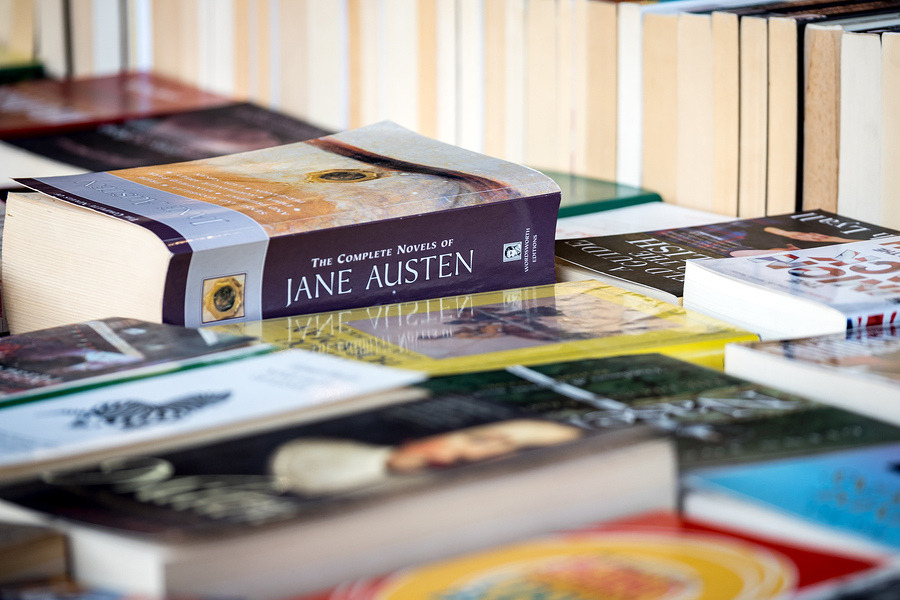 When I first read Jane Austen’s “Pride and Prejudice” back in high school, I remember realizing that I’d found something special. It wasn’t just that a book written hundreds of years ago could be so interesting, or that it was actually pretty funny—what surprised me was how accurately Austen had depicted the dating world, and how true the lessons in “Pride and Prejudice” still are today.

RELATED: How to Fall in Love With Reading Again

From that first reading, I’ve returned to its pages whenever I need to restore my faith in love (or to be returned to my senses!) Whether you’re navigating the dating world or in a long term relationship, these five lessons from Austen are relevant and timeless.

Not every relationship begins with love at first sight

Movies have a lot to answer for when it comes to my dating dissatisfaction. From what I see on the big screen, I believe that I’ll meet someone and instantly know they’re the one. So, when a first date is just okay, I’m left disappointed. Luckily, Austen is here to remind us that love rarely happens like the movies. If Elizabeth had relied on first impressions, she’d be tied to the dastardly Mr. Wickham, and have completely missed the slow-burning charm of Mr. Darcy, who was ultimately the better match. The lesson? Love at first sight is way overrated.

When you do something for love, recognition isn’t important

When my social media feed is brimming with lovers sharing photos of romantic gestures (you know, the enormous bouquet or fancy home-cooked dinner “just because”), I can’t help feeling disgruntled with my lot. “Pride and Prejudice” is filled with grand gestures, but not the sort I’m used to seeing online. When Lizzie tramps miles across the countryside to nurse her sister Jane back to health, or when Mr. Darcy moves heaven and earth to save the Bennett family name from ruin, they’re not doing it for public recognition, but because they truly want the best for their loved ones. Selfless, not showy, love, is what I’m after.

There’s no single correct way to have a relationship

A wise man once said, “comparison is the thief of joy,” and Austen proves that this couldn’t be more true in relationships. While Jane and Bingley seem made for each other from the outset, Elizabeth and Mr. Darcy almost become estranged forever at least twice in the text, and it’s overcoming those obstacles that makes them even stronger in the end. If your relationship isn’t following the same timeline as your best friend’s, it simply means that you’re doing things at your pace, which is the only way to make it work in the long run.

Leave the past in the past

No relationship is perfect—disagreements are bound to happen, but the true test is how you handle them. In “Pride and Prejudice”, neither Mr. Darcy nor Elizabeth behave perfectly all the time: In their first-ever meeting, he refuses to dance with her as she is “not handsome enough” to tempt him, and they both deliver stinging insults when Mr. Darcy first proposes. If they hadn’t had the courage to apologize for past mistakes, they never would have had their happy ending. Being able to swallow your pride, apologize and get through future arguments without keeping score of past grudges is a valuable lesson for a lasting relationship.

It’s worth holding out for the one

Women today hopefully don’t feel the same financial pressure the Bennett sisters did to get married, but between biological clocks and feeling left out among our peers, there’s definitely still pressure to pair off sooner rather than later. If you’re ever thinking of settling for someone you’re not sure about, just remember that, if Lizzie had done that, she would have had to spend the rest of her life with the snivelling Mr. Collins, her simpering and small-minded cousin, who happened to propose first and was rich enough for her mother to see it as a good match. Whether you believe in “the one” or not, Austen reminds us never to settle for less than we deserve.