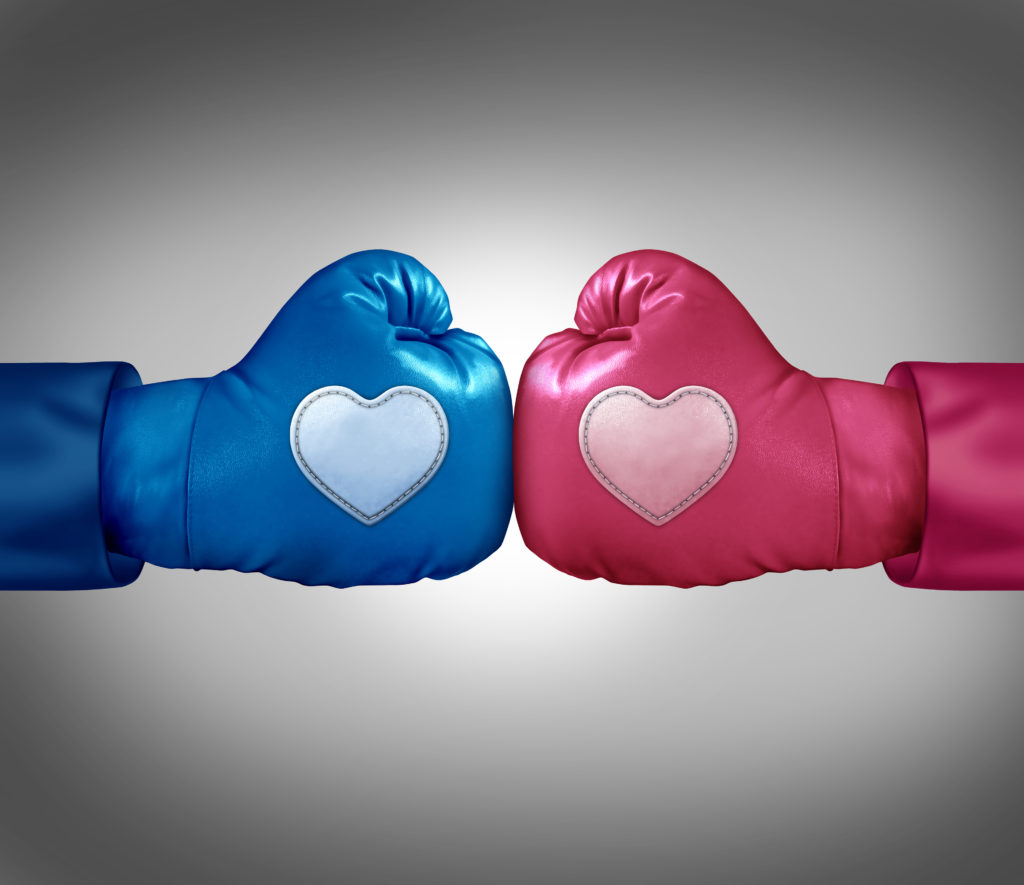 After I proposed to my fiancé (now wife) Tessa last spring, I received relationship advice from lots of people. Some recommended books, others quoted scripture passages, and others still recited trite phrases about love, love, love, love, and love. While much of the advice was good, it was also difficult to relate to because as I discovered, valuing forgiveness, patience, and yes, love, is one thing, but putting them into practice in a relationship is another. However, there was one piece of advice that has stuck with Tessa and I for months – in fact, I’m not sure where we’d be without it: “Turn off the scoreboard.”

The advice came from an unlikely source. While studying abroad in Southeast Asia, my wife and I interned for a non-governmental organization that worked with refugees. The organization connected me with “Paul,” a faithful man who fled persecution in his home country and was imprisoned in a detention center. Despite his dire circumstances, Paul was full of energy and engaged us in many long discussions on religion and positivity. When Tessa and I returned home to California, we stayed in touch with Paul, writing letters and speaking to him over the phone when we got the chance.

RELATED: Why It’s So Hard to Talk to My Fiancé About Money

When Paul heard that we were engaged, he quickly wrote us a letter of congratulations and advice. After a brief prayer, he launched into his own personal parable. Paul wrote about a soccer coach who employed a unique motivational strategy to inspire his team to win. Whenever the team lost, he kept the losing score on the scoreboard all week during practice. This reminded the team of their failure and inspired them to do better. This made them a great team and led to many victories.

However, Paul cautioned us that this is not a good strategy for a marriage. He advised us to stop drawing attention to the “score” in our relationship. That is, to not keep track of our partner’s failures or shortcomings and to not let each mistake add to the weight of a lifetime of human faults. Rather, we should approach each failure as if there were no scoreboard and fully forgive. Paul likened this to a Bible passage from First Corinthians, which states that love “keeps no records of wrongs.”

Paul’s letter also contained other useful advice, including an admonition to keep out third-party influences because they violate what he termed the “Laws of Secrecy.” While we’ve referred to those laws on a few occasions (in-laws, anyone?), nothing has compared to the scoreboard.  Now, when I leave my muddy running shoes in the entrance hall, Tessa reminds me to pick them up without adding the incident to an ammunition stockpile for future fights, and I strive to do the same for her (less frequent) missteps.

RELATED: How to Deal with Confrontation

The scoreboard doesn’t only help us avoid fights – it’s also gotten us out of a few as well! When we start the descent into an unproductive bout of accusation, one of us (usually) shouts, “Turn off the scoreboard!” This is often followed by regretful laughter on both our parts.

Unfortunately, it’s easy to keep score. As the thrill of the discovery period of dating fades and daily routine takes over, we often autopilot into expectation, and soon, we’re ranking our contributions to the relationship. That’s why turning off the scoreboard is so important – it reminds us that everything we give to and receive from one another is a gift.