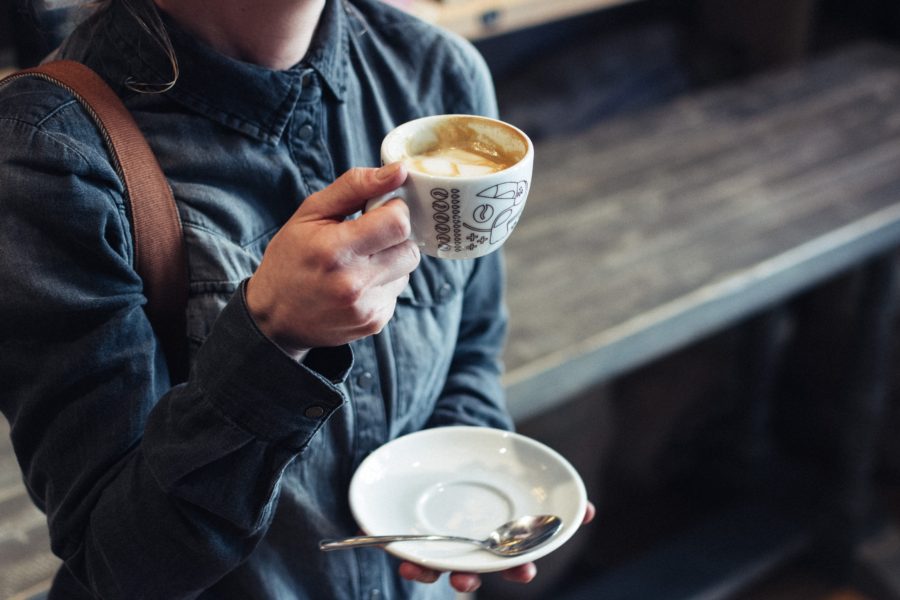 Let me be transparent: I write this article while sipping my dear, iced “Jungle Espresso” from the cafe down the street, so you could say my quest to quit coffee for good didn’t go as well as I planned. In Seoul, where I live and work, coffee culture is the lifeblood of Seoulites, including me when I teach English at 8 a.m.

But, despite drinking coffee, I was tired all the time. And coffee no longer felt like a treat; it felt like an addiction. So in one recent month, I decided to try something new, something daring. I ditched coffee.

At first, I didn’t feel so good. I went through coffee withdrawal, which included flu-like symptoms, anxiety, headache, brain-fog, and the tendency to snap at my boyfriend for eating knock-off Cocoa Puffs too loudly.

And then, over the next week, I became less miserable. Lights looked a lot less bright, and noises seemed a lot less noisy. Work seemed less like work, and I was even smiling more.

But smiles and positive energy were just the beginning of the superhuman powers I procured by quitting coffee for a month. Take a look at some of the other benefits I reaped (before I blew it) below.

The coffee paradox is real. The more coffee I drink, the more awake I feel. And the harder I crash. Guess what I drink to fix the crash? More Jungle Espresso.

But during my caffeine-free month, I was weirdly energetic. I wasn’t first-cup-of-coffee-in-the-a.m. energetic, but I felt awake and motivated enough to get things done the entire day. I used to think that I was just a “morning person,” and that only “night owls” could get anything done past 7 p.m. After quitting coffee, I was delighted to find I could finish up an assignment in the evening, instead of waking up obscenely early to meet a deadline.

According to Psychology Today, one study that researched the effects of caffeine consumption on sleep showed that “Even caffeine consumed six hours before bed reduced total nightly sleep by more than one hour.” But honestly, I didn’t need research to tell me caffeine affected my sleep quality. Even when I’m on a coffee binge, I never drink it past 3 p.m. because there aren’t enough sheep in the world to help me snooze.

But when I cut coffee from my diet, I fell asleep quickly, and I didn’t wake up in the middle of the night. In turn, I woke up feeling refreshed, and I didn’t feel like I needed coffee just to get ready for the day. If you’re considering quitting coffee but you can’t imagine getting out of bed early without a pick-me-up, try a hot cup of green tea, which has only about up to 30-50mg of caffeine, compared to coffee’s 100-200mg.

When I drink coffee in the a.m. I don’t feel hungry. It’s no surprise to me that some people use coffee or coffee extracts for appetite control.

But when I don’t eat breakfast, I end up irritable and even dizzy come lunchtime. When I was coffeeless, my stomach inspired me to make more balanced, healthful breakfasts, like peanut butter toast with hemp seeds, vegan protein smoothies, or Southwest tofu scrambles.

I still don’t want to admit to myself how much money I spend on coffee. The run-of-the-mill Americano in Seoul is basically bitter water mud. It wasn’t long until I developed a taste for “specialty” coffee, but in South Korea, especially, good coffee is expensive. I’ve tried brewing my own coffee at home, but it’s never the same.

During the month that I was successful in quitting coffee, I was rolling in the KRW (Korean currency). I had money to save or to splurge on other treats, like kombucha, cute cat socks, and, you know, groceries. If you’re up for the challenge, try putting all of the money you’d usually spend on coffee into a fund, like one for emergencies or a special trip. If you’re feeling generous, consider donating the money to a charity or cause that’s close to your heart.

I wouldn’t consider myself an impatient person. But during my coffeeless month, I felt generally serene, and life’s hiccups didn’t seem like such a big deal. I shrugged things off easily, and the sound of my boyfriend’s loud chewing was more endearing than annoying.

My coffeeless stint made me feel like a new person entirely. But despite all of the positive changes, it wasn’t long until I was practicing my Korean coffee lingo again. Perhaps the reason I was only able to quit coffee for a month and not permanently is for the same reason some people have trouble quitting other temptations — the community culture. I love walking to my neighborhood cafe, small-talking with the barista, and saying, “The regular, please.” I love the sound of coffee beans grinding and the low buzz of customers chatting. I love putting my earbuds in and zoning out with a blank Google doc.

But there’s good news: A matcha cafe is opening down the street.