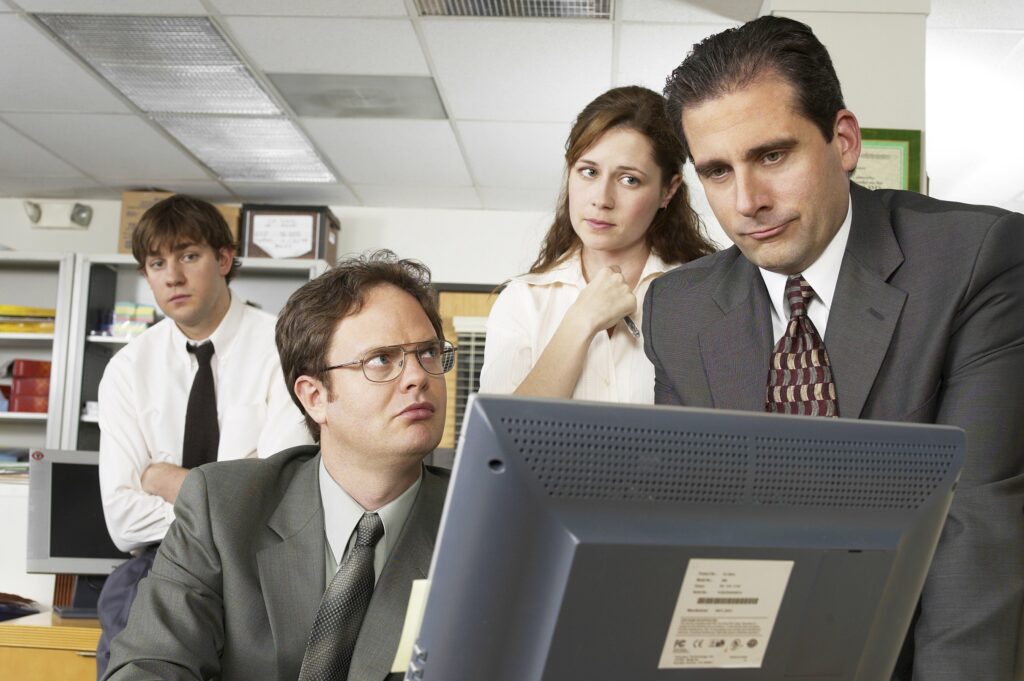 My life has a lot of drama. In my work as a pastor, I help people through their most difficult moments: family conflict, guilt, sickness, and even death. Last month alone, I counseled someone through a long hospital stay and officiated at two funerals. It’s incredibly rewarding, but it also takes an emotional toll. So, when I have the chance to unwind and relax, I turn to TV and movies to escape.

Before I was a pastor, I loved high drama in my entertainment. I wanted to see the real, gritty struggle of life. But I just can’t do it anymore. When I flip on my TV now, I look for shows that help me leave my stress behind and rejuvenate my spirit. Here’s a list of my go-to movies and shows that help me do that.

“Galavant” is a musical fantasy series about a washed-up knight named Galavant who goes on a quest to save a lost kingdom and rescue his damsel in distress. Along the way, he meets a cast of zany characters and even a set of singing monks led by Weird Al.

“Galavant” is unlike any TV show I’ve ever seen. It’s a fairytale musical spoof that’s one part Monty Python and one part The Princess Bride. Sounds amazing, doesn’t it?

It is.“Galavant” sits at the top of my de-stressor list because it’s the perfect escapist television, hilarious and absurd. The first episode starts with an expository song that rhymes “adventure” with “real butt-clencher.” When the characters sing the inevitable falling-in-love song, the refrain goes, “Maybe you’re not the worst thing ever.”

“Zootopia” is a movie about a country rabbit, Judy Hopps (Ginnifer Goodwin), who goes to the big city, Zootopia, to become a police officer. When she gets there, she has to solve a crisis that threatens the whole city.

Zootopia is my favorite movie (I can’t even count how many times I’ve seen it) when I can’t stop stressing about the thousands of things I need to do. I can’t praise it enough for its hilarious writing, directing, and voice acting. I love “Zootopia,” because I see the world’s problems through the relentless optimism of Judy Hopps. Nothing stops her from achieving her dreams — not doubting parents or a dismissive boss — and she makes me think I can, too.

“The Office” takes place in a world without the weight of national politics or family stress, where the characters’ lives revolve around Dunder Mifflin, a small paper company in Scranton, Pennsylvania. Michael Scott (Steve Carell) is the ideal terrible boss, and his antics make “The Office” one of the funniest shows I’ve ever seen. And I’m not the only one who loves it. It’s the most-streamed show on Netflix.

“The Office” is on my list because it pokes fun at the office coworkers who drive us crazy. There’s universal appeal in characters like Dwight Schrute and Toby Flenders because we work with people just like them. “The Office” lets us laugh about their (our) workplace shenanigans. It’s cleansing, hilarious, and just what I need when I’m stressed.

In “The Office,” the problems are always small squabbles between coworkers. And it’s just funny. And that’s what I need when I’m stressed.

“The Tick” follows a gigantic, blue-suited superhero as he lives out every superhero cliche you can imagine. The actor, Peter Serafinowicz, perfectly plays the Tick as a clueless, indestructible hero who has no idea how ridiculous he is.

I watch “The Tick” because it transports me back to my childhood when I first ran across the animated series of the same name. The old show was the perfect combination of schtick and superhero action for the 10-year-old boy in me, and the live-action version makes me feel like a kid again.

So far, I’ve listed a bunch of silly comedies. While I love escapist humor, sometimes I need a good action movie to transport me to another world.

“Underworld” follows Selena (Kate Beckinsale), a vampire death dealer whose charge is to hunt and kill werewolves. When she stumbles upon a conspiracy that threatens to overturn her whole world, she has to decide who to trust.

“Underworld” has everything you want in a horror/action flick. There are teeth and claws with stylized action in a world where bat and wolf are locked in a centuries-long conflict. I can veg out watching “Underworld” after a long week and get lost in the over-the-top (and scary) action as my problems slowly slip from my mind.

You’ve probably sensed that I’m a huge nerd, and I could go on and on with my favorite sci-fi/fantasy television for hours. “Serendipity,” on the other hand, is my go-to romantic comedy. It’s the story of a chance meeting between Jonathan (John Cusack) and Sara (Kate Beckinsale). After a perfect night, they leave their next date up to fate, and (spoiler alert!) fate delivers after years of waiting.

“Serendipity” is a movie about hope. Both Jonathan and Sara just trust that the universe will make everything right for them, and they’re willing to follow the path that fate has laid out. Their faith encourages me to have faith that my problems will work themselves out if I just keep going.

Sometimes life leaves me feeling a little depleted. With my occupation’s natural stress and added emotional work plus the seemingly endless amount of tasks on my “to do” list, I need something to help me escape. These shows and movies help me laugh at my daily stresses so they seem smaller. The characters encourage me to reframe my perspective so I see possibilities instead of problems. It’s just what I need to motivate myself to strike out into the world one more time.