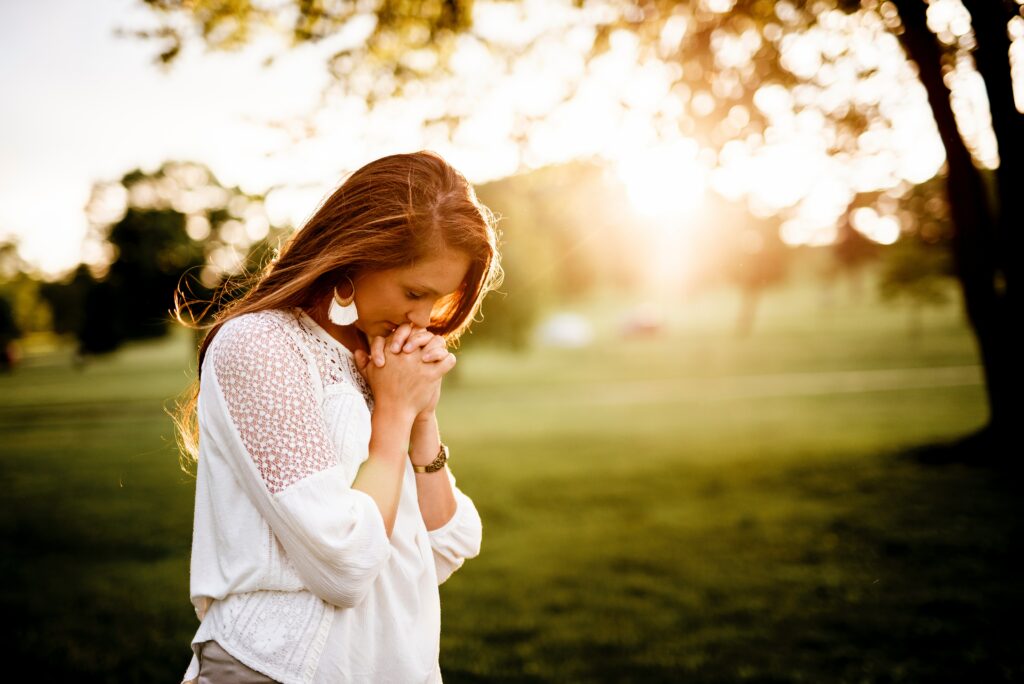 It has taken a long time to figure out what prayer means for me, and I’m convinced it’s still an ongoing journey. As a child, my mother would say a prayer with me before tucking me into bed every night. She would pray for a good night’s sleep and the day ahead. I could add something if I wanted, but most often I didn’t really know what to say.

In high school and college, I attended Bible studies where we would be asked to share our prayer requests. I often had a hard time thinking of what to pray for. There were so many options: finding a job, making new friends, healing for a friend who had a serious illness. And then there were my global concerns: injustice, inequality, war. I would have to pray for a year straight to even make a dent in my list. So as often as not, I stayed silent and let others contribute and pray.

After college, I joined an Episcopal Service Corps where morning prayer was required. That meant getting up early before work to attend a communal prayer service in the chapel at Christ Church where we would chant the daily office, which included the Psalms and the Lord’s Prayer. It was short, only about 15 minutes, and, to me, somewhat rote. I spent most of my time staring at the beautiful altar cloths at the front of the chapel. My favorite one was embroidered with gold thread in the shape of pineapples. There were stained glass windows in the chapel as well. Red, yellow, and lime-green saints peered down at me as I chanted the daily office. I peered back up at them.

Were these words actually prayer? I remember wondering this the first day I went to morning prayer. Did God actually hear what I was saying? Did God mind that I said the very same thing every day? Was God looking for more creativity or was praying really a matter of tradition? Another friend and long-time Episcopalian explained to me that the point of the morning prayer was to ground us in our faith tradition, to remember that the very same words had been passed down through the centuries by other Christians. They served to connect the past church to the present.

RELATED: How to Pray for Your Friends

I wasn’t so sure. After all, the Baptist tradition I came from equated spiritual authenticity with spontaneity, and morning prayer is anything but spontaneous. Before joining the service corps, I had mostly thought of communal prayer as sitting together and praying one by one, jumping in as we liked and in no particular order. We called this popcorn prayer. And now I was practicing a new form of communal prayer: chanting the words of the Psalms in an old, stone chapel, everything laid out in a strict order.

I wrestled with this dichotomy, and that year, it seemed like I thought about prayer until my mind went still. In this state of spiritual wondering, prayer morphed into something that had almost nothing to do with words. One day, I realized that it wasn’t chanting the Psalms that made me feel closer to God in the morning; it was noticing small moments of beauty and peace, like taking time to appreciate those golden pineapples and the brilliantly colored stained glass. God was present in the very beauty of the objects, as well as the way they invited me to take a few moments to breathe, reflect, and be still. I may have been chanting the daily office, but my real prayers were formed in the silence of noticing what was around me.

I began to practice this form of silent prayer not only in church but while I walked around my city. I reflected on trees, cracks in sidewalks, or mangoes and oranges sold on the sidewalks in front of grocery stores. As I walked, I found myself thinking very simple thoughts. That’s a nice tree, I thought, or What a beautiful flower. I was surprised that these thoughts felt like prayers. I wasn’t asking for anything, and I didn’t have any fancy or “right” words, but it felt right. For the first time in a long time I didn’t feel that I was “performing prayer” or struggling so much to sculpt words for the perfect prayer. In fact, it felt like words actually got in the way of my prayer. Instead, the simplicity of my own thoughts and words made me feel much closer to God and more present in prayer, as well as instilled a sense of gratitude for the beauty of the everyday world around me.

Reframing the idea of prayer has been incredibly freeing. For me, prayer is simply a conversation with the world and God, and sometimes a silent one. Recently, I’ve been lighting a candle in my room and sitting still for a handful of minutes. I don’t know exactly what to ask for, but that no longer seems the point to me. The words that make up our prayers don’t have to be “good enough” for God; in fact, they do not have to be words at all.