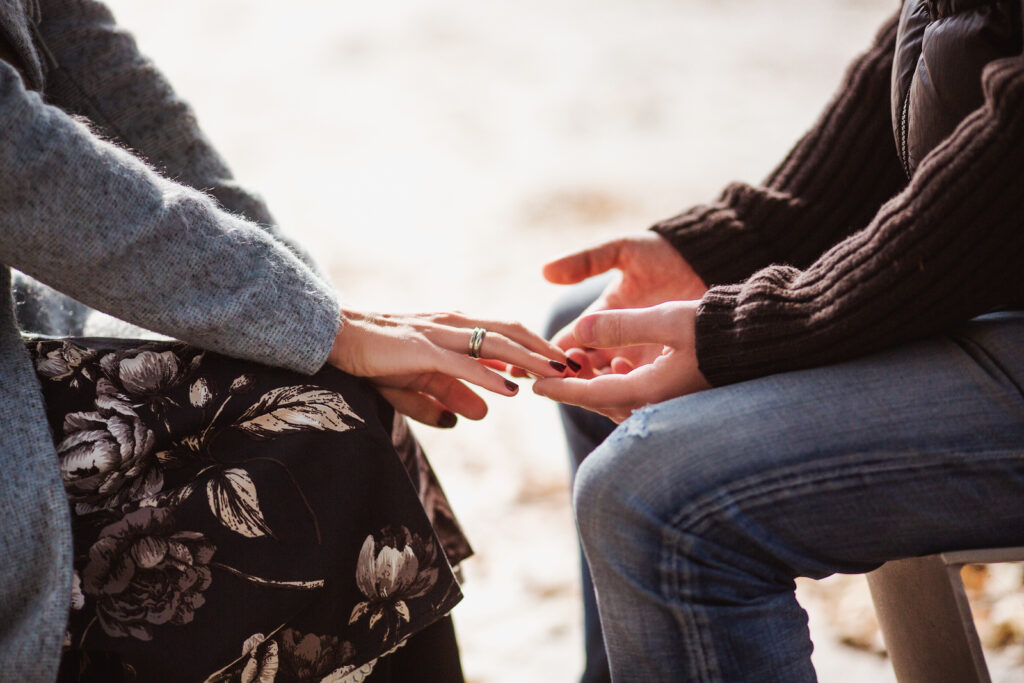 The first time my boyfriend asked me to pray with him, I’ll admit I was slightly startled and a bit nervous. Yes, we attended church together, we sang hymns side by side, and, because both of us were divinity students, we frequently had long discussions on faith and religion. But praying together — somehow that seemed different, more personal. As a former hospital chaplain intern, I had prayed for many people for many things: a successful surgery, a peaceful hospital stay, an insurance company’s cooperation. It’s also true that I had prayed for my boyfriend: prayed for him to have peace through the deluge of assignments and exams, for safe travels to Illinois over break, and for future decisions. But in the course of our six-month relationship I had never prayed with him.

He first asked me to pray with him in a tone I took to be tinged with some hesitancy and embarrassment, though I might have been projecting. We were hanging out at his house, probably watching an episode of “Patriot Act with Hasan Minhaj” or making eggs again for dinner because graduate school had left us both somewhat strapped for cash and time. And then, the words just came out of his mouth: Heather, will you pray with me? That’s it, he didn’t even explain what he wanted us to pray for, or why, he just asked. Right now? I said. He nodded. I felt a mixture of nerves, surprise, awkwardness, and quite honestly, relief. Because, truthfully, I wanted to pray with my boyfriend too, and some part of me had worried that he would find it weird if I asked. And so I nodded back.

Prayer is intimate and personal. Why? Because sharing with one another the things that we most often want to pray about, the things we hope for, struggle with, and fear, means being vulnerable at a deep level. And it also means expressing a belief that God is listening, and prayer just might help in some way. I think it’s safe to say that both my boyfriend and I have fostered a healthy level of doubt alongside our faith over the years, and the fact that we were now going to pray together demonstrated that faith in a way that felt very personal. It was a far cry from our academic discussions of philosophy and theology

Related: When Religion Doesn’t Fit: Learning Through Doubt and Discovery

That night, we sat across from each other on my boyfriend’s faded blue couch and prayed together, offering a few simple words out loud. There was no particular rhyme or rhythm to the words; I prayed only that he would have a good night, and that he would have peace. Then my boyfriend prayed the same for me. Our words weren’t especially eloquent or groundbreaking, but they touched me nonetheless. I felt that in praying together that day, my boyfriend and I reached a new level of closeness and trust. We trusted each other enough to share our worries, hopes, fears, faith, and doubts with one another and then offer them up to God in a way that others might find silly or just plain weird.

Now, my boyfriend and I have made prayer a more regular part of our routine, and I find that each time one of us asks the other to pray, we find ourselves back in that place of closeness and trust. I will forever be grateful that he took a chance on asking me in the first place. Despite any initial awkwardness, it has meant so much our relationship and brought us closer together in a way I couldn’t have imagined.